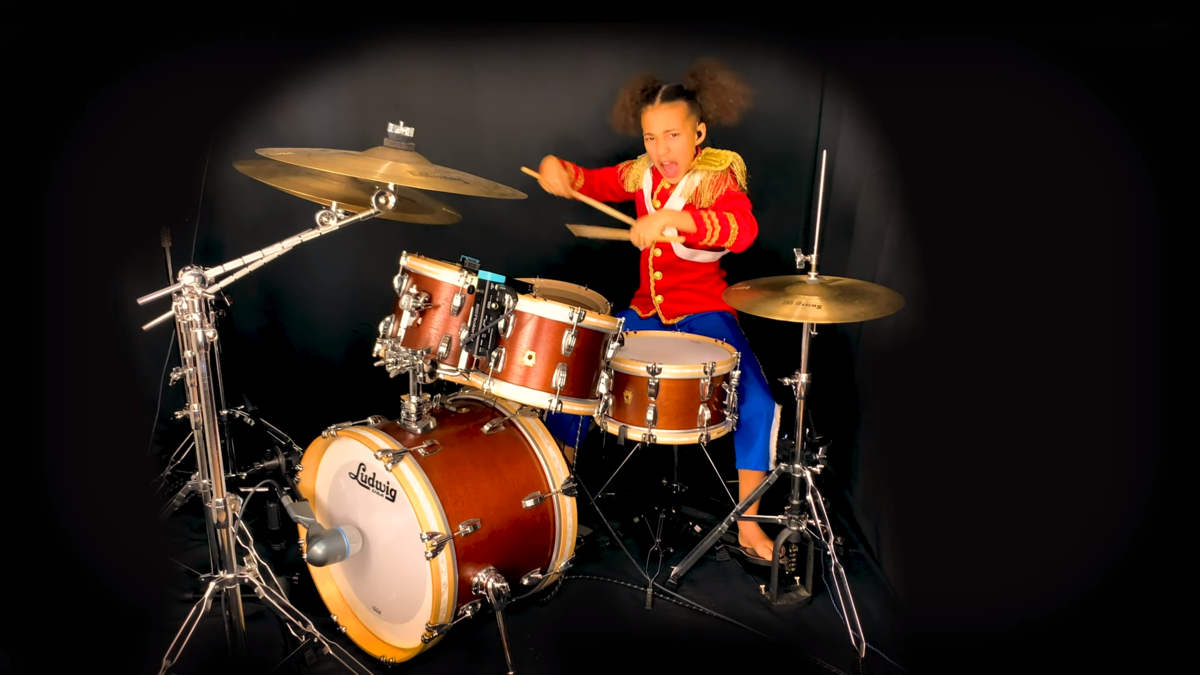 Nandi Bushell has entered her emo phase. The 10-year-old drumming sensation has shared an impeccable cover of My Chemical Romance’s 2006 anthem, “Welcome To The Black Parade”.

After initially going viral with a stunning Queens of the Stone Age cover in January 2020, the precocious Englishmulti-instrumentalist has banged out equally masterful renditions of songs from Metallica, Rage Against The Machine, Muse, Blur, and most recently Led Zeppelin.

Today, Bushell is moving past the classic rock staples and fully embracing the mid-2000s emo songbook. And not only does she do incredible justice to this rock-opera-banger in a musical sense, but she’s also dressed in a marching band uniform that calls back to the attire MCR rocked at the time.

“I love being able to let out all my energy after a stressful week of home learning and online exams,” Bushell wrote on Twitter. “My daddy said I am starting to go through an #emo phase as I discovered @mychemicalromance this week!”

Check out the full video of her cover below.

We should surely expect more Bushell covers throughout 2021, but as long as COVID vaccines get rolled out properly, there’s also a supergroup collaboration in the works. After she defeated Foo Fighters frontman Dave Grohl in a drum-off last year, the pair announced that they’d jam and write a song together once the pandemic blows over.

Our fingers are crossed for that and for something grand in the MCR camp. It’s still a huge “if” at this point, but if concerts are able to resume later this year, then the band can finally embark on their highly-anticipated reunion tour. Until then, you can pick up some of their signature makeup and imagine you’re screaming along front-row.