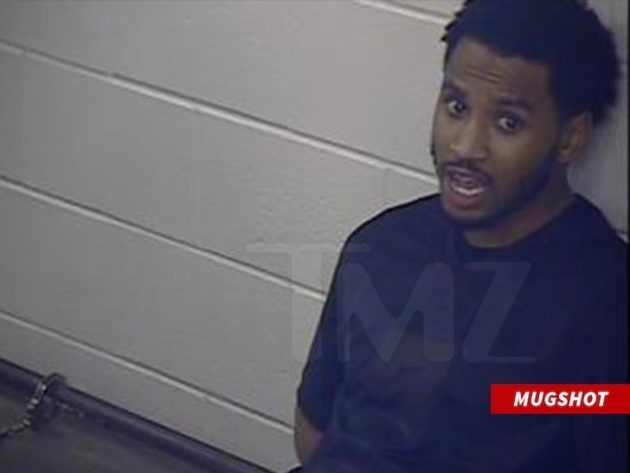 Trey Songz was arrested on Sunday (Jan. 24) following a physical altercation with a police officer in Kansas City, Missouri. He has since been released from custody.

TMZ reports the incident happened on Sunday (Jan. 24) during the Kansas City Chiefs’ 38-24 AFC Championship win over the Buffalo Bills at Arrowhead Stadium. In video obtained, the footage shows Trey landing a punch at the officer’s head and putting him in a headlock, before he was pinned and cuffed.

According to a statement by Kansas City Police, tension between the two began prior to the incident. Police reports states Trey and his party were approached by Arrow Head security after they failed to abide to the COVID-19 protocol by not wearing masks. Police were then called and the altercation began after Trey still refused to comply.

Witnesses say Trey Songz was heckled by a group of spectators for not wearing his mask. After Trey told them to stop, the officer confronted the R&B singer in an aggressive manner. Other fans shouted in Trey’s defense and one even yelled out for the arrest of the officer.

Instead, the 36-year-old star was booked for trespassing and resisting arrest, which both are classed as misdemeanors as well as assaulting a police officer, a low-grade felony. Trey was initially put on a 24-hour hold at the Jackson County Detention Center, but was released early. Yup!

Touching, Fresh, And Yet Familiar Music That Connects With Audiences From Around The Globe: Ira Rosoff Releases A New Single On Valentine’s Day
Adele Confirms She’ll Be at the Grammys: “Whoever Started That Rumor Is a Dickhead”
Journey Ignores Drama at 2023 Tour Opener
Bill Maher Confesses He Flies Private, Calls Out Celebrity Hypocrisy
Nuclear Holocaust Announce “Sailing Seas of Nuclear Waste” and Stream Track