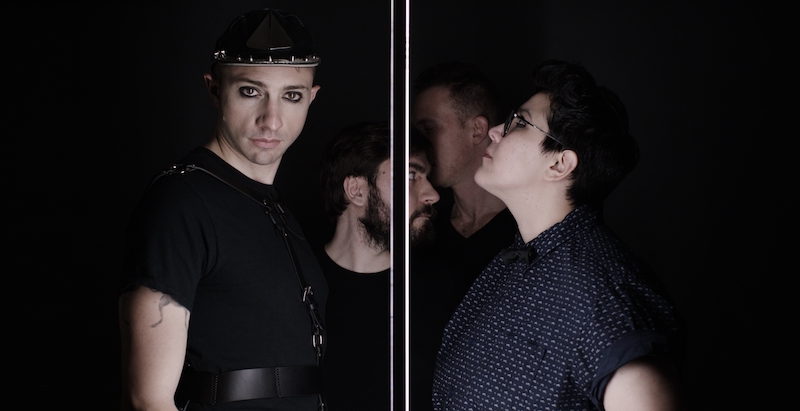 Isolated, sequestered, with the virus still raging and shifting into a more virulent form like a storm becoming a tempest. What better time for the release of the FMs new remix of “Silent City (Ghost Stories Redux) track and video. The original video was shot in April taking advantage of the eerie ghost town the once busiest city in the world became. The world deviates, the climate alters, and we have no holy passport to protect us…

The video is psychotically alluring, the song and the message chaotically embracing. It presents a unicorn marathon of bursting of colors amongst the towering, gray, industrial skyscrapers. Dylan Mars Greenberg remixed the Ghost Stories Redux, the original already a humbling taste of the reality.

FMs front-person Matte Namer exclaims “ It’s the perfect time to release music with a positive social message. Showing ourselves to the world in our truest colors (Being queer, non-binary/trans, kink-positive) is a positive message in and out of itself. We are in a time of massive social upheaval caught in a wild story that none of us know how it will end. Will the dark forces who propagating fear, selfishness, machismo, and narcissism beat out the side of reason, love, and compassion? I sure hope not, but we’ll be doing our part to steer the storyline.”

Our endurance makes us human. “Silent City” gives us a reason to endure. In the words of Matte Namer “ I’m drawn to the music’s ability to mobilize social and cultural change. It can tap into the masses of people at once and maybe alter the course of history in an instant.” A single conversation can change a mind, a life, and “Silent City” is perhaps one of the primary wake-up songs of current times.

The official website for The FMs may be found at https://www.thefmsmusic.com