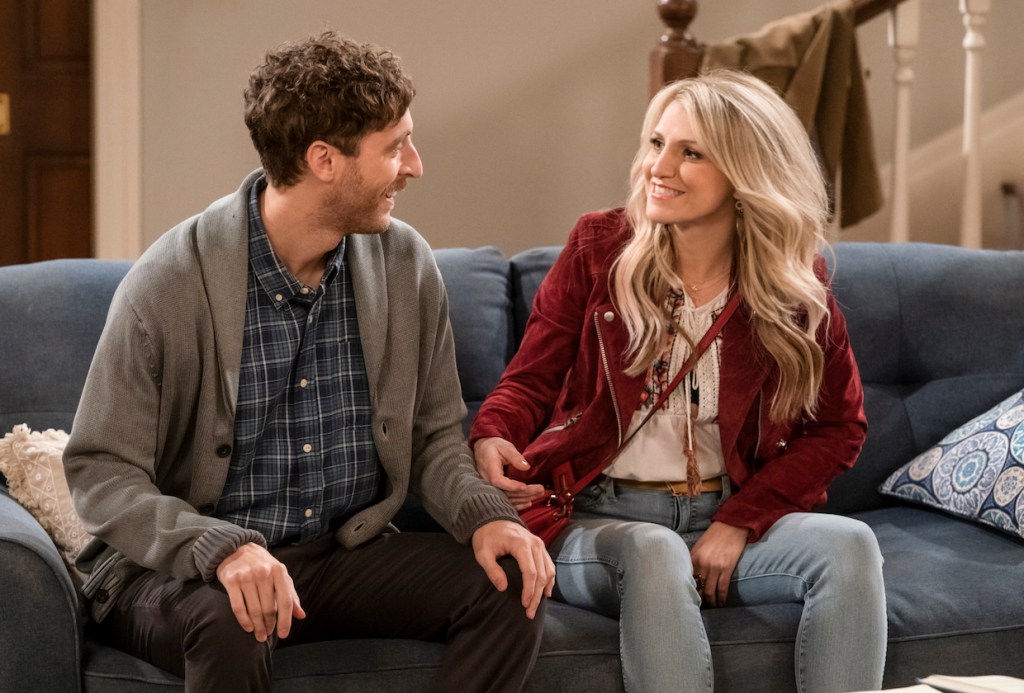 A successful sitcom boils down to two things: characters and chemistry. Even the most inspired premise doesn’t matter after the first few episodes, if the show doesn’t have characters we care about and actors who work well together. Case in point: CBS’ new fall sitcom B Positive, debuting this Thursday, Nov. 5 at 8:30/7:30c. (I’ve seen the first two episodes.) It has an admittedly odd premise and does fall into certain CBS sitcom pitfalls along the way, but it’s redeemed by stars Thomas Middleditch and Annaleigh Ashford, who make a stellar comedic duo right away. 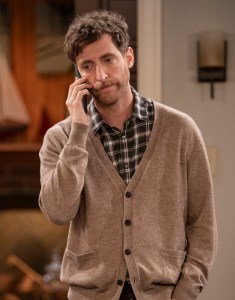 Middleditch stars as Drew, a divorced sad sack of a therapist who learns that he’s in renal failure and needs a kidney donor; he is reluctant to ask his family (“Oh great, a Republican kidney!”) and doesn’t have many friends. (His ex-wife, played by Sara Rue, and daughter don’t like him much, either.) But he has a chance run-in with high school classmate Gina (Ashford), a space cadet party girl with lots of vocal fry and several regrettable tattoos. They haven’t seen each other in years — Gina remembers Drew as “the one guy I didn’t hook up with in high school” — but she happily volunteers to give him one of her kidneys, almost on a whim. She has to stay clean and sober for three months to donate, though… and that clock keeps getting reset.

A potentially fatal medical diagnosis doesn’t exactly scream belly laughs, and the premise could be limiting down the road, if this runs as long as executive producer Chuck Lorre’s other CBS shows. (How long can Drew be on the verge of death, really?) And the dialogue in the first two episodes could be sharper, relying too heavily on tired pop culture references to Hamilton and (oof) “Baby Got Back.” (Like a lot of CBS comedies, this one seems to be trapped in a mid-’90s time warp.) But series creator Marco Pennette also writes for Mom — his own kidney transplant inspired this show — and it has a bit of Mom‘s dark, spiky sense of humor. Drew faces some harsh medical realities, but the show manages to mine that scary subject matter for comedy gold. (I should warn you, though, that the opening credits are truly upsetting, complete with singing bodily organs; if there were a “Skip Intro” button here like there is on Netflix, I would press it every time.)

B Positive‘s supporting cast is sprinkled with old favorites, like Kether Donohue as Gina’s helium-voiced friend Gabby, who’s a carbon copy of her You’re the Worst character Lindsay. (She’s so ditzy, she’s practically brain-dead.) Plus, Great News‘ Briga Heelan plays a hard-nosed corporate executive who’s one of Drew’s new “dialysis buddies,” and the great Linda Lavin pops up as a saucy old lady who rides on the nursing home bus Gina drives for a living. But the show ultimately works because Middleditch and Ashford work. 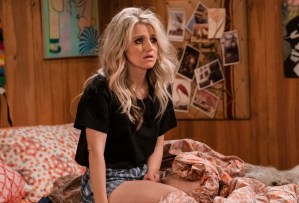 From his days as Silicon Valley‘s awkward tech CEO Richard Hendricks, Middleditch specializes in playing tightly wound nerds; he has a hilariously frantic energy, along with some serious physical comedy chops. Ashford nails Gina’s hedonistic vibe — when she hears Drew is a therapist, her first question is: “Can you prescribe drugs?” — and Gina’s stoned enthusiasm balances out Drew’s sour intellectualism. They bounce off of each other in intriguing ways, and both of them have a subtle sadness around the edges that deepens things as well. (The looming question: Will the writers resist the urge to pair them off romantically? I think I like them better as sparring sibling types, but I’m keeping an open mind.)

CBS sitcoms used to be depressingly predictable: Take a fat funny guy, add a hot wife, mix until you reach 300 episodes. But they’re taking some interesting chances lately, and B Positive is another step in the right direction. I like Middleditch and Ashford together enough to hope that Pennette and the writers find a way to work out the kinks and tap into this pairing’s considerable potential. Sitcoms are a lot like kidney donations, it turns out: It’s all about finding the right match.

THE TVLINE BOTTOM LINE: The premise is grim and the writing is shaky early on, but B Positive has a great comedic pair in stars Thomas Middleditch and Annaleigh Ashford.