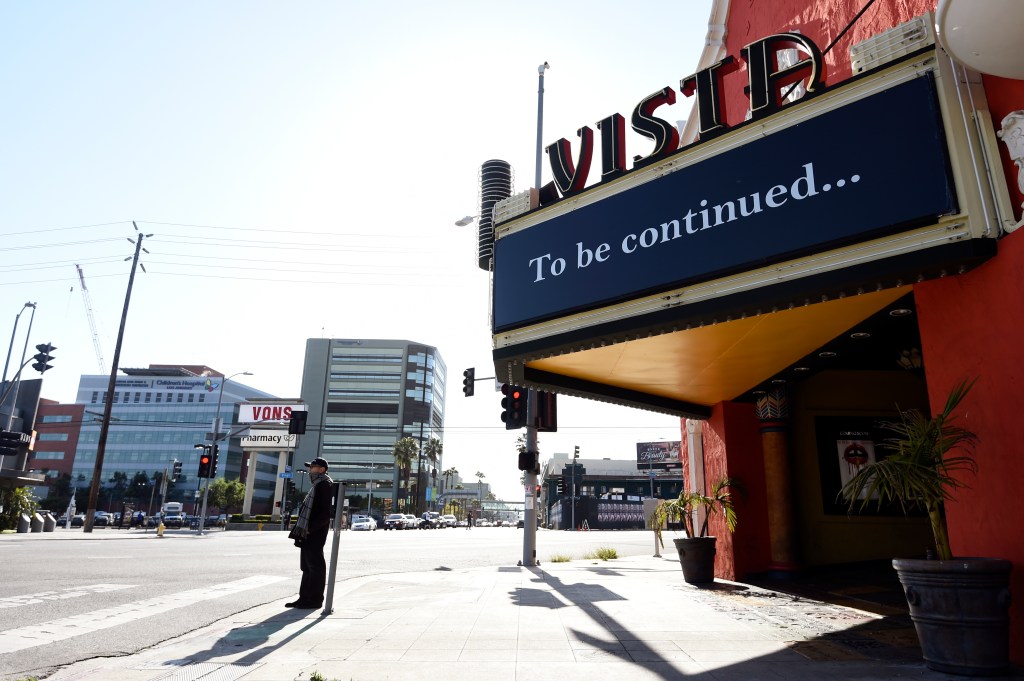 As exhibitors get set to report results from the last quarter of their annus horribilis, 2020, one Wall Street bull is predicting record box office in 2023.

Eric Wold, a veteran analyst with B. Riley Securities, acknowledged in a note to clients that exhibitors’ efforts to emerge from the abyss of Covid-19 have been hampered by the slower-than-expected vaccine rollout. Nevertheless, he continues to believe that pent-up demand will drive a steady burst of moviegoing once theaters reopen. Benchmarking to 2019, when domestic receipts totaled $11.4 billion, he projects that box office will drop 40% in 2021 and another 7% in 2022 before surging 7% to a new high in 2023. The previous high for domestic box office came in 2018, when it reached just shy of $11.9 billion. Wold’s report slightly lowered his outlook for 2021 and 2022 theatrical revenue.

Sparked by Monday’s news that AMC managed to raise more than $700 million in fresh financing and expects to be able to survive the pandemic, investors have boosted stocks in the beleaguered sector. AMC has continued its rally today, reaching a three-month high past $4.50 a share. Cinemark has sold off a bit but remains at its highest point since last March. Marcus has rebounded to a five-month high and Imax is within a few cents of its 52-week peak of $19.20.

While the postponement of another batch of releases from the first half of this year “could weigh on investor sentiment,” Wold wrote, “we remain optimistic that moviegoers will return to theaters when permitted to catch the best film slate in years.” Having used the doldrums of the pandemic to carefully review their cost structures and explore alternative windows deals with workable economics, he argues, theater circuits “will be in a position to capitalize when the industry rebounds.”

AMC, the largest theater chain in the world, remains the most troublesome of the group given its high debt load and liquidity issues, though the latter have been eased for the moment. Wold, even on AMC, sees blue skies ahead. “We understand that the pandemic provided an opportunity for AMC management to evaluate every dollar going out the door and reevaluate all aspects of the business,” he wrote. “With that in mind, we expect the combination of more efficient labor utilization, optimization of operating hours/showtimes in the midweek period, and an enhanced push around the company’s AMC Stubs A-List subscription program to drive stronger theater-level EBITDA margins coming out of the pandemic and heading into the stronger film slates of 2021-2023 as moviegoers return to the theaters.”

Streaming remains a threat, but Wold sees the flexible release patterns negotiated with many studios as enabling both streaming and moviegoing to prosper. He also notes that recent titles shifted out of the first half of 2021 — among them No Time to Die, Cinderella and Ghostbusters: Afterlife did not move to streaming but instead reaffirmed their theatrical commitments. While some film observers took the recent moves as a setback, Wold said it is better to make use of a more robust system of theaters than to brave one where key cities remain closed or compromised. “Opening films before more theaters/markets are open is great for headlines, but not for bottom lines,” he reasoned.