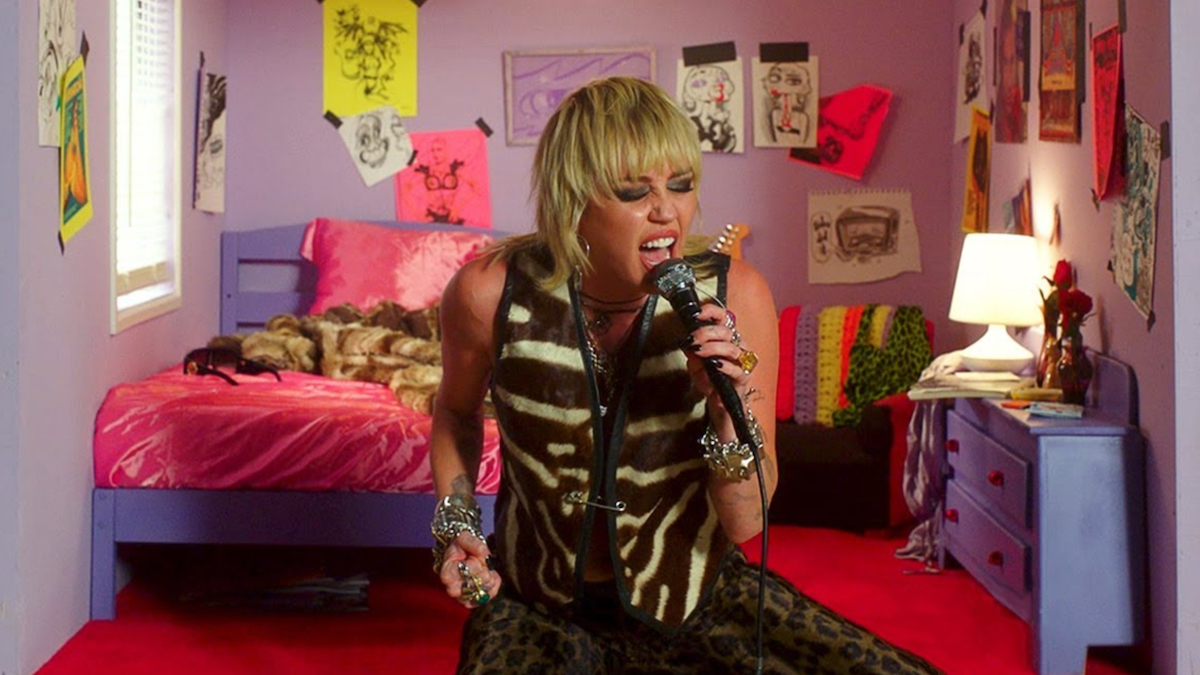 Miley Cyrus is the latest artist to participate in NPR’s Tiny Desk (Home) Concert series, and true to her unique nature, she delivered it from a different kind of “tiny” set.

Instead of propping herself up behind a desk of any kind, the Plastic Hearts singer built a miniature bedroom set that felt like it was designed for a My Size Barbie rocker. Dressed in lavish ’70s animal prints amongst the duct taped-on wall art, Cyrus sang her three-song set mostly from atop a small, pink bed. At the end, the camera tracks back to reveal her band performing around her little, pink set.

To open the performance, Cyrus presented a cover of the Mazzy Star classic “Fade into You”, which she delivered with power from below the brim of a dark brown cowboy hat. Also featured on the setlist were “Golden G-String” and “Prisoner” (sans Dua Lipa, sadly). Check out the whole Tiny Desk video below.

Cyrus has been on a complete tear as of late. Plastic Hearts hit No. 1 on the Rock charts in December, and she premiered a new song dedicated to her late dog, “May Jane 5EVER”, earlier this month. In addition to sharing a string of covers artists like Hole, Pearl Jam, Britney Spears, The Velvet Underground, The Cardigans, and The Cure, she’s hard at work on a Metallica tribute album featuring Elton John, Chad Smith, and Yo-Yo-Ma. The “pop star” sure does love a rock cover, after all.

She’ll also take part in a Super Bowl pre-show concert for 7,500 health care workers as part of the TikTok Tailgate. Other performers include H.E.R., Eric Church, and Jazmine Sullivan.