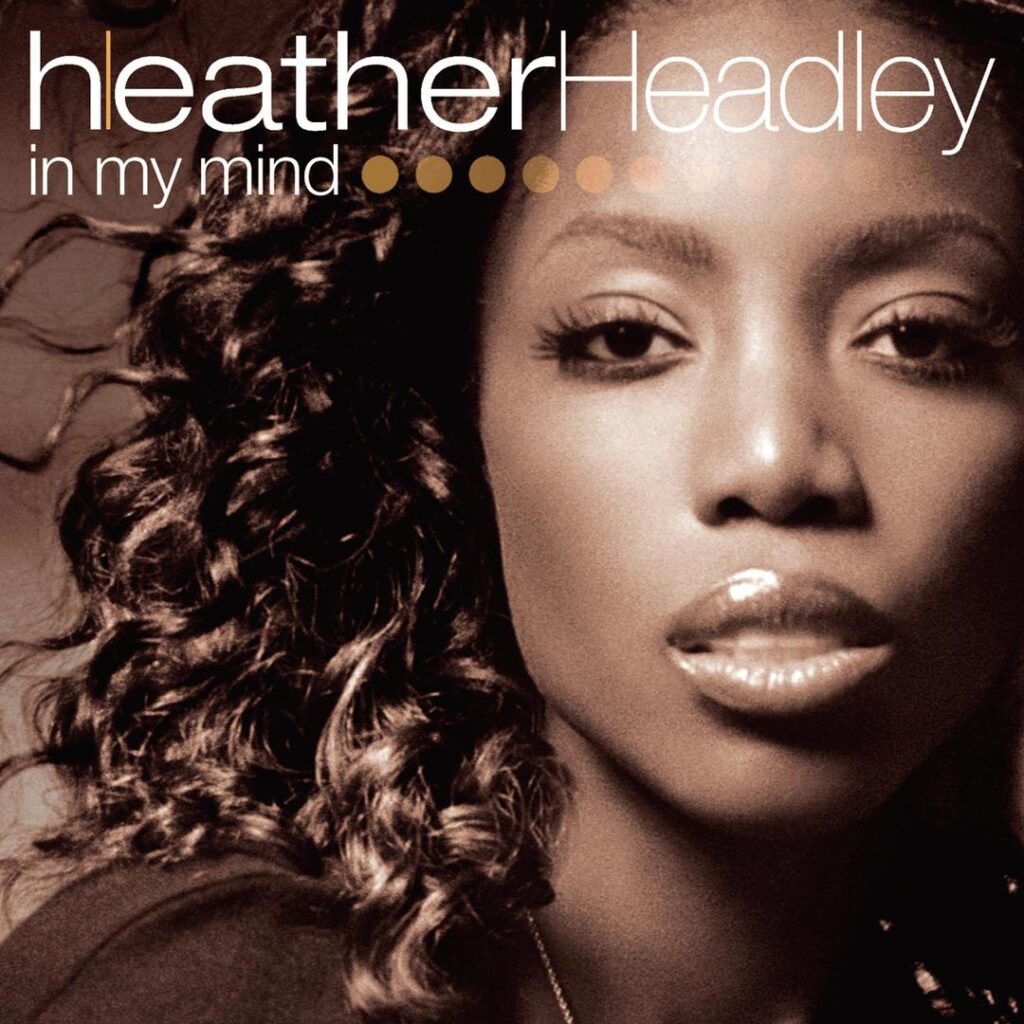 The ‘90s golden age was and has remained a pivotal period in R&B’s music history. But proof that 2000s R&B was equally successful and of good quality lies in the fact that a new wave of impressive talent emerged poised and committed to upping the ante with their singular and integral artistic styles. Heather Headley was among the fresh batch of luminaries and new blood to pop up in the early 2000s and break admirable ground with their notable releases.

This is Who I Am, which hit stores in October 2002 after her lengthy Broadway stint, was the attention-commanding debut album by the Trinidad songbird. Two consecutive number-one singles, a certified gold album, and two 2004 Grammy nominations were all ingredients made for a successful recipe. Headley’s next test as a respected rookie would be the most daunting: beating the sophomore jinx.

On January 31, 2006, she passed with flying colors with In My Mind, her long-desired second album. The 12-track record, a smart move on Headley and her team’s part, continued their substantial investment in Headley’s brand of adult-contemporary R&B that had a supportive audience. The first single out the gate was the album’s opening song and the title track.

Crisp strings, fluttering keyboard notes, and a steady foot drum are front and center of this illusive composition where Headley still considers herself the apple of an ex’s mind, even when he’s in the presence of his new love. She puts her faith in diving time, hopeful that they’ll be together again. But as compelling as her stagy and incredibly powerful vocal performance is throughout the strong-willed tune, a part of her painfully knows that reconciliation between her and her former lover isn’t on the table.

The song’s lyricism is somewhat reminiscent of the possessive “Always Been Your Girl” from her 2002 debut album, where she can’t come to terms with a stormy relationship that is now shipwrecked. Headley did reunite inside the top five of the Adult R&B Songs chart, as “In My Mind” peaked at second place in February 2006.

Before Ne-Yo called himself a real solo force in the music business, he found his bearings as a sought-after songwriter. Beyond weighing in on massive hits mainstream acts like Rihanna and Beyoncé in 2006, the then up-and-coming songsmith was still helping establish sounds that year for seasoned-voiced divas such as Headley. This was especially true on songs “I Didn’t Mean To” and “The Letter.”

On the second, Headley sets out a fresh pack of stationery, her favorite pen, and postage essentials to call it quits with an unfaithful partner. After balling up the first note to rewrite the greeting appropriately, the hardhearted words to her organ-leaning kissoff start to flow. Her decision to opt for this aged form of communication was a good play. She left no room for him to plead a case for forgiveness and absolution for his two-timing ways.

“I Didn’t Mean To” is the opposite of “The Letter.” It details a gripping story of an affair fueled by the lust of a caught wife. While the specifics behind her infidelity remain vague, her apology is falling on deaf ears and ultimately not strong enough to keep her life from crumbling before her eyes. The closer one listens to the regretful lyrics, the greater the sympathy grows for the female defendant on the Divorce Court episode, especially knowing she is losing her husband due to her adultery and daughter.

Taking a moment for yourself without your significant other and family by your side can keep the love feeling brand new, while also maintaining your sanity. Working for the first time with the esteemed Kenneth “Babyface” Edmonds, Headley renders a perfect song for well-deserving women in need of “Me Time.” Soundtracked by a sparkling beat with a rigid drum foot pattern, the prominent super-producer once again writes from his famous female perspective songbook.

The result of his penmanship describes a faithful woman desiring leisure away from her partner. It’s not because she has eyes for someone else; it’s because she, like many women, wears many hats and deserves downtime to do whatever her heart hankers. Men make time to hang with their boys and expect no lip about their whereabouts. Here, Headley is asking for the same courtesy.

Included on this flawless album is possibly the softest song, “Am I Worth It.” In posing this burning question to a long-term suitor, Headley’s searing voice is delicate yet mighty. The most identifiable and heart-melting line of the grilling love song has to be, “See the heart doesn’t understand time, it just does what it wants to.” True indeed.

On “What’s Not Being Said,” with touching lyrics by the legendary duo Jimmy Jam & Terry Lewis and the late James “Big Jim” Wright, strangely enough, finds Headley opening farewell mail. It describes a tearful lover skimming through a blank letter with an implied tone about a broken relationship at hand.

No one will understand why RCA Records only serviced two singles from In My Mind to the radio when many album cuts had strong airplay appeal. One of them was “Losing You,” a piano-based sigh of relief geared toward vexed women who realize they don’t have to suffer in a complacent romance and can find happiness with a good man.

The string opening of “Wait A Minute” starts like the calm before the storm, as Headley builds up her assured vocals to at last snap out a looming love spell for an unappreciative man. Headley roars firm-footed in self-love against explosive drums and a lo-fi guitar, no longer interested in playing the fool in love. “Wait A Minute” was an urban AC smash laying in wait for heavy rotation.

In My Mind promised longevity for Headley and emphasized her keen talent to produce another solid collection of impassioned songs that masterfully underlined all versions of love. In doing so, she also proved her impeccable handling of musical styles and sounds, including doo-wop (“Back When It Was”), dancehall and reggae (“How Many Ways,” “The Rain”), and inspirational gospel (“Changed”). There is no denying that Headley served up another winning album. It could use more listens today.

Revisit Heather Headley’s In My Mind below.