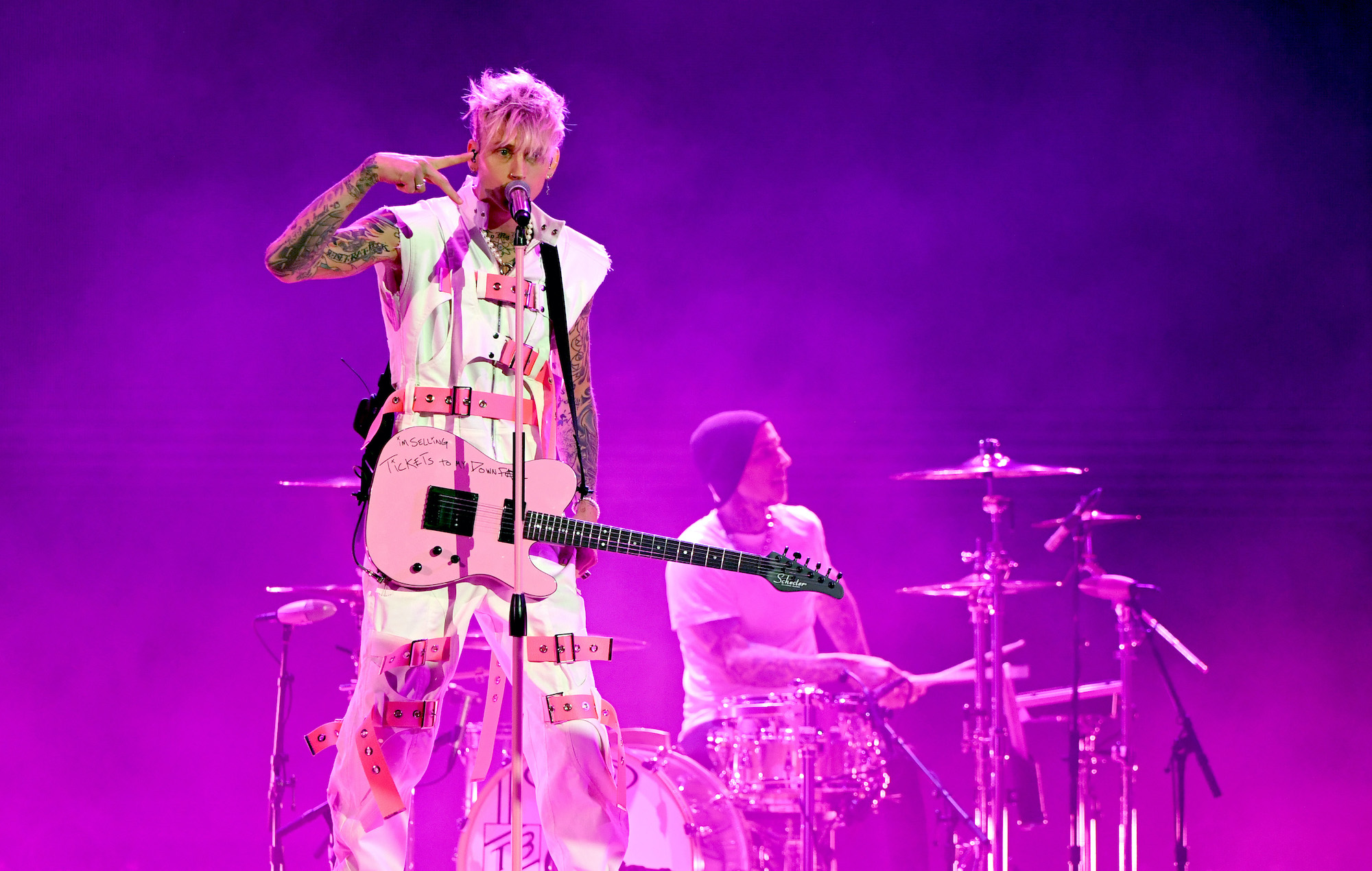 Machine Gun Kelly finished his Saturday Night Live appearance by falling off the stage – scroll down to watch it now.

The musician performed on the long-running US comedy show last night (January 30), bringing tracks from his latest album ‘Tickets To My Downfall’ to the programme.

At the end of the night, the cast, Kelly and guest host John Krasinski gathered on the stage for the end credits. After hugging The Office actor, the musician went to pick up SNL star and friend Pete Davidson but fell, taking both of them off the stage.

Moments later, both of the men reappeared on screen and, seemingly not having learnt their lesson, Davidson put Kelly over his shoulder. Watch footage of the moment below now.

Thank you, @johnkrasinski and @machinegunkelly!

“I remember when I was a kid watching [SNL] every weekend with my aunt and my dad, since they aren’t here to see this moment, I’m going to perform the song I wrote for them on the show,” the musician tweeted earlier this week. “Hopefully, I’ll feel them there.”

As well as performing ‘My Ex’s Best Friend’, Kelly also turned out a rendition of ‘Lonely’ in tribute to his late family members.

Meanwhile, the rapper-turned-rock-star recently shared a zombie-inspired video for ‘Acting Like That’, his latest collaboration with Yungblud.

It followed the release of his self-written and directed “pop-punk musical” Downfalls High – a 50-minute film that he recently compared to Pink Floyd’s The Wall. In a four-star review, NME said of the project: “In a world of content for content’s sake – films have often been used by artists try and extend the lifespan of an album – Downfalls High feels driven by purpose.”