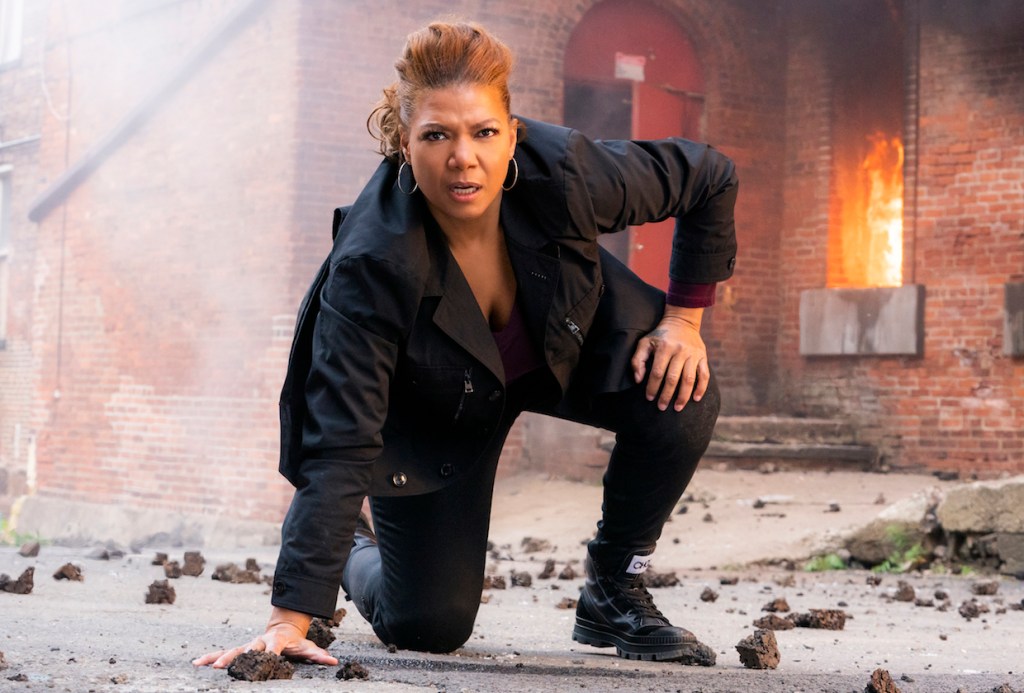 Even given TV’s current obsession with rebooting and reviving anything and everything, The Equalizer is an curious choice. The original 1985-89 CBS series, starring Edward Woodward as a spy-turned-private eye who cleaned up a crime-ridden New York City, is only a hazy memory to most viewers and plays like a dusty relic these days. (He did most of his business via pay phone, and advertised his services with a classified ad in the newspaper.) But the Equalizer brand recently got a revamp with a pair of Denzel Washington films, and CBS’ new take — debuting this Sunday, Feb. 7 after the Super Bowl; I’ve seen the premiere — is an efficiently built thrill ride, bringing the franchise firmly into the 2020s and providing a perfect starring vehicle for Queen Latifah, who makes the whole thing click into place. 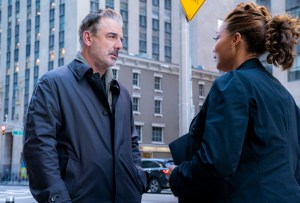 Latifah plays Robyn McCall (a play on the original’s Robert McCall), a former CIA operative who’s back home in NYC after a series of international missions, but still haunted by bad memories. She’s trying to lay low, but she’s hounded by a former CIA colleague named Bishop (Chris Noth), and she ends up coming to the aid of a young girl who witnessed a murder and then finds herself framed for it. “Who do you go to if you can’t go to the cops?” the girl asks, and that inspires Robyn to set up her own justice-for-hire side hustle, untangling conspiracies and fighting for the downtrodden in a brave new world of deepfakes and driverless cars. (Oh, and she posts her ad on social media this time.)

Yes, this is all pretty standard-issue CBS crime drama fare from Castle EPs Andrew Marlow and Terri Miller, but Latifah’s star presence gives it an edge. She has an easy charisma and an air of authority as Robyn — and she’s also a major upgrade in the fight scenes. (She’s much more convincing kicking butt than Woodward ever was.) It’s easy to root for her as she takes on villains like a smug Elon Musk-ian tech guru in the premiere: “You think you can buy and sell the whole world,” she tells him… and he can’t, dammit! The premiere also delivers on the action front with a series of high-octane stunt sequences, including Robyn pulling off a daring prison break on motorcycle — although it’s hard to tell if we can expect this level of eye-popping effects each week, or if they blew their entire budget on the premiere. 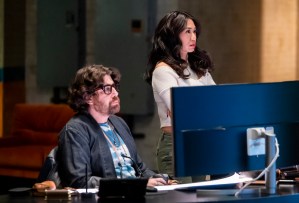 The Equalizer assembles a rock-solid team behind Robyn as well, with NCIS alum Liza Lapira as sharpshooter Mel and Adam Goldberg as bearded hacker Harry backing her up. (A procedural is only as good as its crime-solving team, and I could pretty easily see these three busting crooks together for about 200 episodes or so.) Noth is intriguingly enigmatic as Bishop, using old-school spy tactics to stay in touch, and he and Latifah have a unique vibe that’s worth keeping an eye on. Plus, it’s always good to see Lorraine Toussaint, here playing Robyn’s Aunt Vi, on our TVs.

I wish I got to see more than one episode, just to see how these relationships develop. The scenes with Robyn and her bratty teen daughter Delilah (Laya DeLeon Hayes) feel a little hackneyed at first, but they also have a nice, eye-opening moment where Robyn takes her to a women’s prison and points out that most of the girls there are Black. There’s an unspoken layer of social justice to Robyn’s mission, and I wonder how far they’ll push that angle in future episodes. (The premiere bends over backwards to show the NYPD cops aren’t the bad guys.) But it has a strong foundation to build from, thanks to Queen Latifah. Long may she reign.