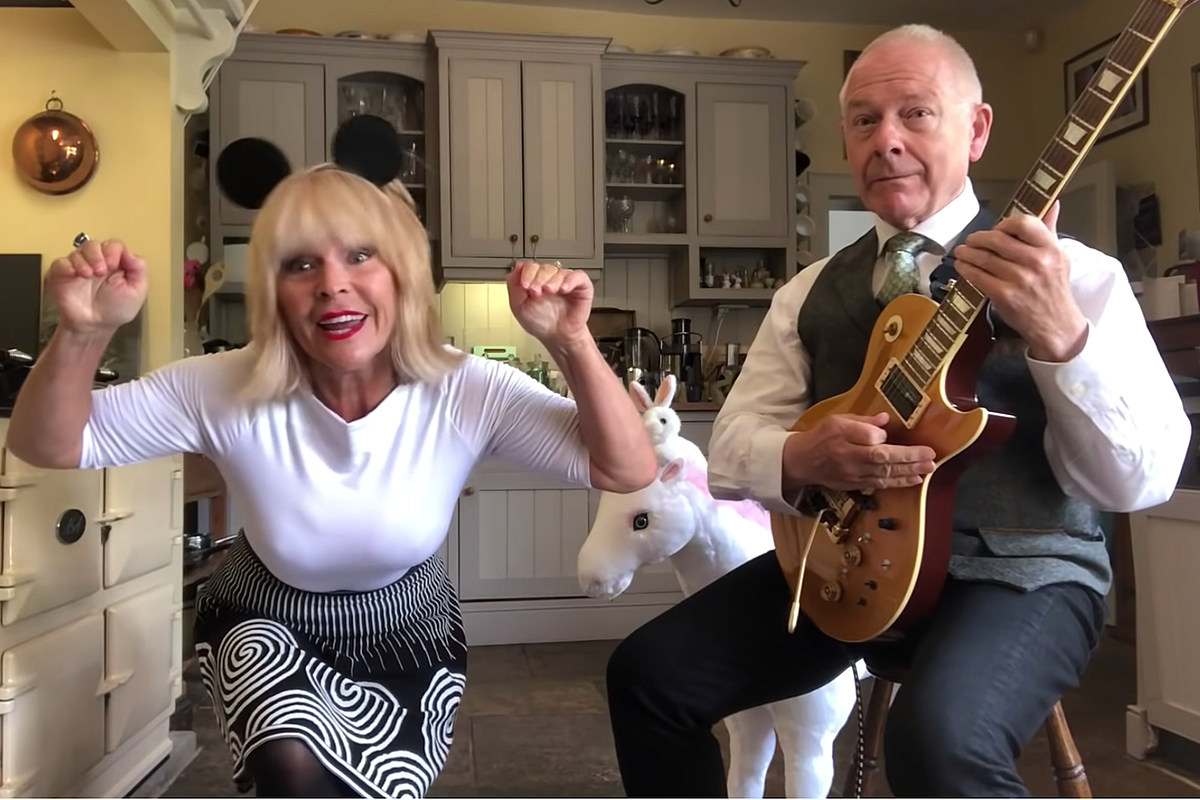 The revelation comes from the rocker’s wife, Toyah Wilcox – a successful actress, musician and TV presenter in her own right – who co-starred with him in the clip.

As Wilcox explained to The Guardian, it was her idea to start recording at-home videos as a way of breaking Fripp out of his lockdown-induced funk.

“Here I am in this house with this 74-year-old husband who I really don’t want to live without,” Wilcox detailed. “He was withdrawing, so I thought: ‘I’m going to teach him to dance.’ And it became a challenge.”

The first video was less than a minute long and featured the couple dancing to Tchaikovsky’s “Swan Lake.” Both Wilcox and Fripp were wearing tights and tutus, an especially shocking sight considering the King Crimson rocker’s typically serious demeanor.

Wilcox admitted her husband was “fucking furious” over the initial clip. “He felt he was being mocked.” She later was able to show him how happy the video made his fans. “The response was so overwhelmingly positive, and now, six months down the line, he can see that it was quite an important thing to do, in that it became a shared experience with an audience that needed to be reminded of the beauty of human laughter.”

Indeed, Fripp has clearly embraced his newfound experience as a viral star. Though the tutus have not made another appearance, the couple has continued releasing weekly videos for several months. The series, dubbed “Toyah & Robert’s Sunday Lockdown Lunch,” has seen the couple doing anything from dancing in the kitchen, to covering the songs of rock’s most notable acts. Tunes by Nirvana, the Kinks, David Bowie, Metallica, Guns N’ Roses and the Sex Pistols are among those reimagined by the duo. The videos have racked up millions of views, a fact which happily amazes Wilcox.

“I’ve never experienced the power of that connection,” the singer admitted.

Watch more clips of Fripp and Wilcox below.

Watch Toyah & Robert cover the Kinks’ “You Really Got Me”