The Lowdown: Hayley Williams has never been afraid to use her voice. Since exploding onto the pop-punk scene in 2004 as the frontwoman of Paramore, her name has been synonymous with expansive, acrobatic vocals. She’s also not afraid to use her voice in another sense, though — ask anyone in Nashville and you hear some variation of it: “Hayley Williams is a real one.” Since being discovered at just 14 and spending the majority of her life in the spotlight, she’s become a confident voice in music, present in conversations around mental health and aligning herself with groups like Teens4Equality.

On her sophomore solo effort, FLOWERS for VASES / descansos, that growth is reflected more personally and intimately than ever before. She strips it all down: every part of the record was written and recorded by her and her alone, at home, and was produced, engineered, and mixed by a slight team. In a statement, she shared: “The meaning of the album as a whole is maybe entirely different from diving into each song in particular. For me, there’s no better way to tackle these individual subjects other than holistically.” To that point, the record leaves the listener with a mood, a feeling, more than anything else. It’s incredibly cohesive, lingering like a letter from an old friend.

The Good: Sonically, FLOWERS for VASES / descansos breaks new ground for her, a world away from her work in Paramore and a departure from her first solo album, 2020’s experimental, indie-pop Petals for Armor. It’s closer at times to Kacey Musgraves or the fleeting but beloved The Civil Wars than anything from her punk days, and it works. She has the range! Of course, she sticks the landing! She stays comfortably in her lower register, spinning stories instead of spanning octaves, but it’s a quiet thrill to experience someone so musically adept in this new light. “Just a Lover”, the closer, might be the only song that includes an instrument that has to be plugged in.

Lyrically, at first pass, there are moments that wouldn’t feel out of place on a country-folk album, but lines like “The hurt is half the fun” (on “Over These Hills”), “There’s no such thing as good grief” (on “Good Grief”), and “I got the trigger, but you hold the gun” (on “Trigger”) wouldn’t feel out of place on a Paramore album, either. It’s the Hayley Williams we are all lucky to know, wrapped in different packaging.

The album’s opener, “First Thing to Go”, is gutting. It strikes as a deeply personal narrative to the point where listening almost feels like an intrusion. The piano-based “KYRH” is a standout, melancholy and meandering. Ultimately, though, Williams accomplishes the idea of communicating through the album as a whole rather than track by track. It also feels era-appropriate: we aren’t able to yell in a crowded arena, an act of catharsis often associated with her discography, but we are able to sit in a room and reflect.

The Bad: Due to the nature of the album, written with that goal of telling this chapter of her story as a whole rather than in pieces, the dream-like tracklist makes it a bit difficult to distinguish one song from another. The second half of the album starts to re-tread the same ground in places, thematically and sonically, and the title track of “Descansos” comes and goes like a whisper: audio of what sounds like old home movies plays over a simple piano, leaving the listener craving more.

The Verdict: This album is the payoff of a risk: while this may not have been a vocally challenging album for Williams, it can be deeply difficult to share the quiet corners of the soul, the stories we might not want to tell but need to for the sake of healing. We are all trying to carry on right now: FLOWERS for VASES / descansos has arrived ready to keep us company while we wait and hope for better. Haley Williams wrote a collection of quiet, yearning, grieving love letters — some to the world, some to herself — ushering in a sigh of relief that, rather than tuck them away, she chose to share them with us.

Pick up a copy of FLOWERS for VASES / descansos here… 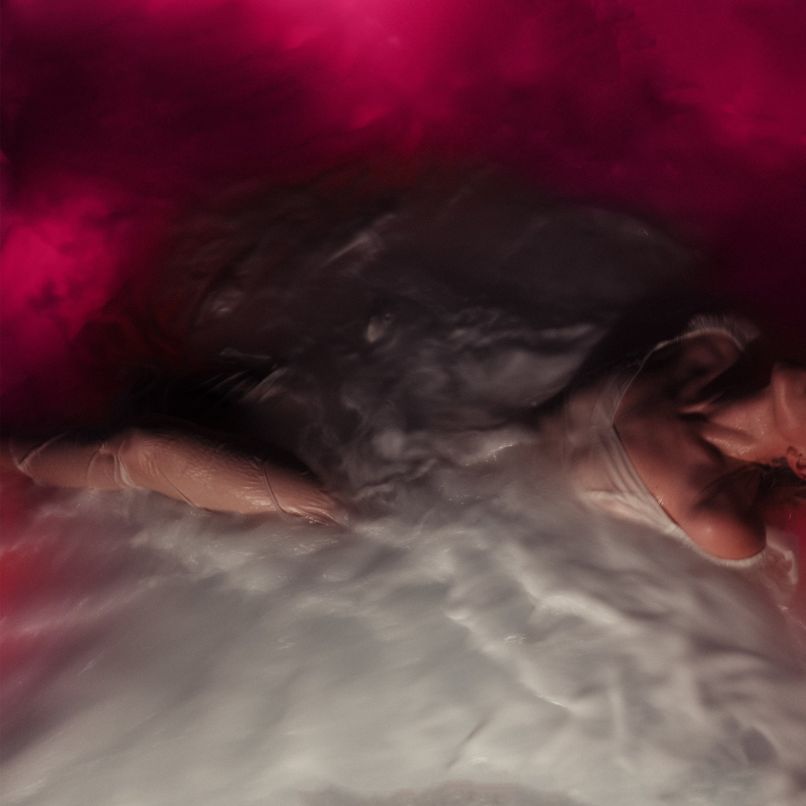