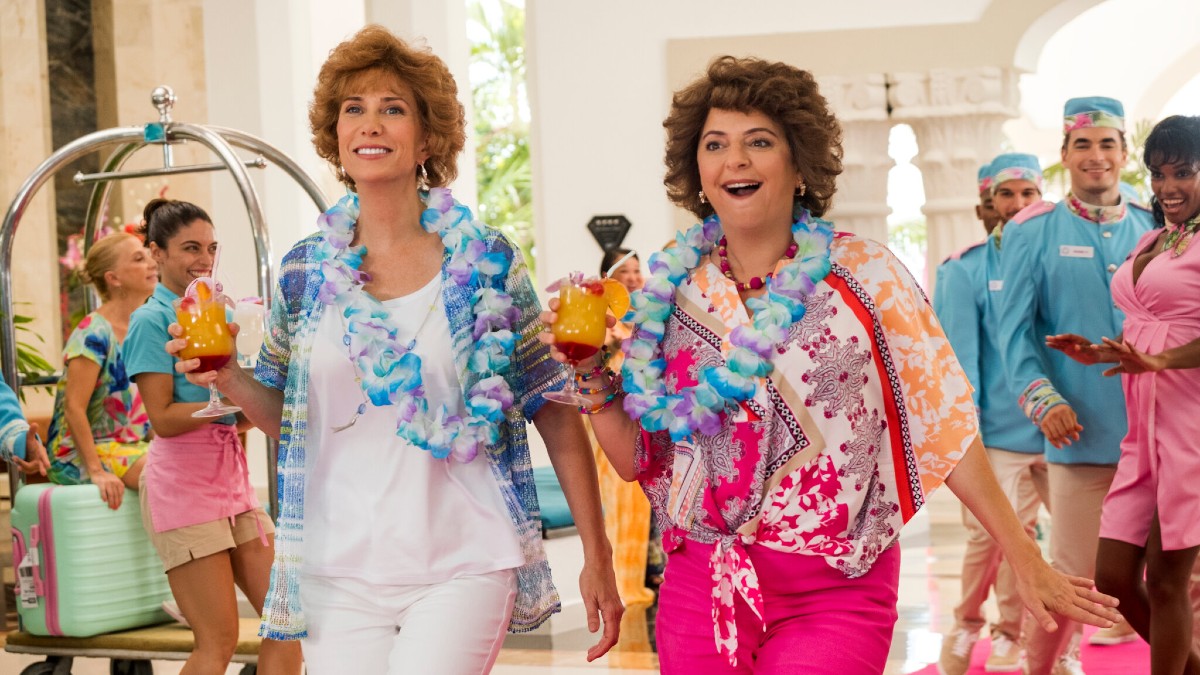 The Pitch: Kristen Wiig and Annie Mumolo reunite as screenwriters a decade after Bridesmaids, this time co-starring as the eponymous leads in a new raunchy comedy. Is the magic still there for another hugely successful laugh riot?

A Movie That Oughta Be in Theaters: Movies like Barb and Star Go to Vista Del Mar are a good reason why it remains heartbreaking that movie theaters are mostly ghost towns these days. The new comedy from Lionsgate Pictures was originally intended for theatrical release last summer, and there’s little doubt that it would be best served by playing in front of a large, boisterous crowd. It’s not to suggest that Barb and Star is bad; anything but. Yet it’s undeniably the kind of film that would work at the height of its powers with a ready audience gobbling up every non sequitur, every loopy twist, and every one-liner.

Though Wiig and Mumolo offer up a few broad elements that may feel reminiscent of Bridesmaids, the opening sequence should disabuse anyone of a thematic follow-up, as we watch a friendly paperboy in a picturesque small town head to the outskirts where he descends into the underground lair of a mad scientist (Wiig in a double role) looking to murder thousands of people with high-powered mosquitoes. Let that serve as a statement of purpose for Barb and Star Go to Vista Del Mar: if you found any element of that setup funny, the entire absurd affair will be up your alley. And there’s never a moment here that isn’t steeped in the same absurdity that marked other modern cult comedies like MacGruber or PopStar. 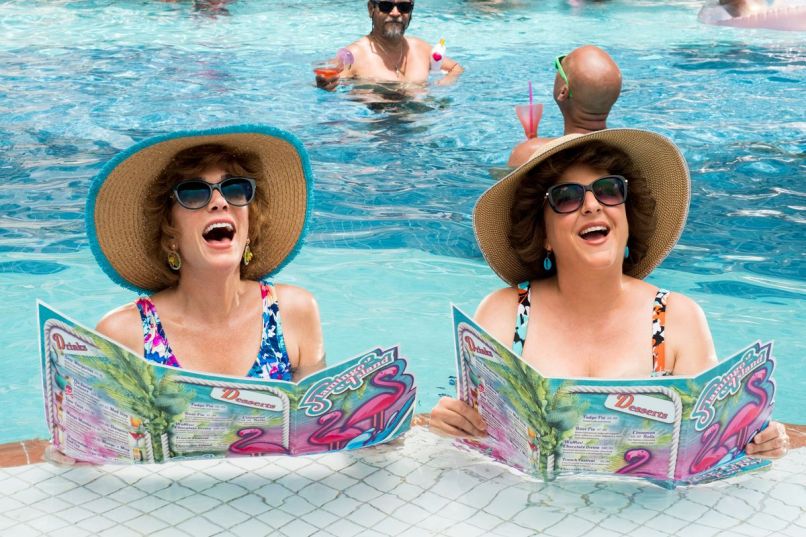 A Delightfully Unhinged Movie: Mumolo and Wiig play Barb and Star, two middle-aged retail employees who become unmoored when they learn their Nebraska store is closing (after months of having been open for no reason). On a whim, they decide to take a vacation to Vista Del Mar, a brightly colored paradise of a resort. Once there, they each become more uninhibited and going off on adventures while trying to make the other one think they’re having a dull time. Star, particularly, falls in love with a dashing Irishman (Jamie Dornan), who…just so happens to be in charge of ensuring that the deadly mosquito attack goes off without a hitch, because he’s hopelessly, foolishly in love with the mad scientist pulling off the attack.

The plot of Barb and Star Go to Vista Del Mar is the same as the humor lining each scene — gloriously, delightfully unhinged. The half of the film that seems as inspired by the insane schemes of Dr. Evil in the Austin Powers franchise is enough, but even when we see Barb and Star in their natural habitat of Nebraska, they and their friends operate on a demented frequency. (Vanessa Bayer, as the leader of a “talking party” among friends that Barb and Star attend in the early going, is only on screen for about three minutes, and she is very close to the funniest part of this movie.) 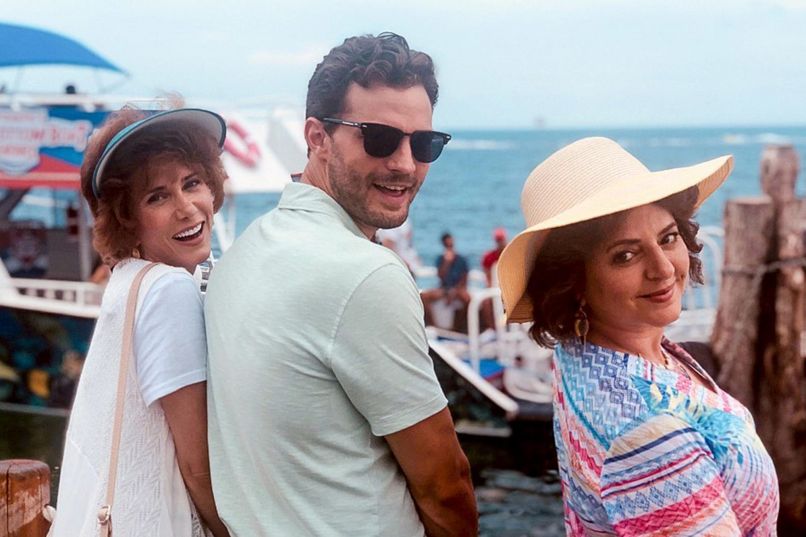 A Lovelorn Secret Weapon: Once Barb and Star arrive in Vista Del Mar to essentially get their groove back, the movie reveals its own secret weapon, Jamie Dornan. Best known for his leading role in the Fifty Shades of Grey series, Dornan is fully tuned into this film’s matter-of-fact strangeness as lovelorn assassin Edgar Paget. Edgar desperately wants to be “an official couple” with Wiig’s villainess (named Sharon Gorton Fisherman, and again, consider that a barometer of the humor to expect), only to find more genuine love with Star.

Wiig and Mumolo are equally as delightful, of course, though their comic chops are far more well-established. Dornan pulls off the same kind of trick as Leslie Nielsen did in the first Airplane!, reintroducing himself as someone who can play the most deadpan of comic roles and thus heighten the humor. Comparing this to Bridesmaids is largely a fool’s errand — the style of comedy in both is markedly, intentionally different. But it’s enjoyable to watch Wiig getting to play two fully lived-in comic characters, as opposed to a straight-woman type. She proved as much on Saturday Night Live over the years, but it’s heartening to watch Wiig dive so gleefully into both roles.

The Verdict: It’s been far too long — or it seems like it — since we got a full-throated, ridiculous comedy in theaters. Though it’s a real shame that Barb and Star Go to Vista Del Mar isn’t going to play to sold-out crowds, it deserves to live on as a cult classic.