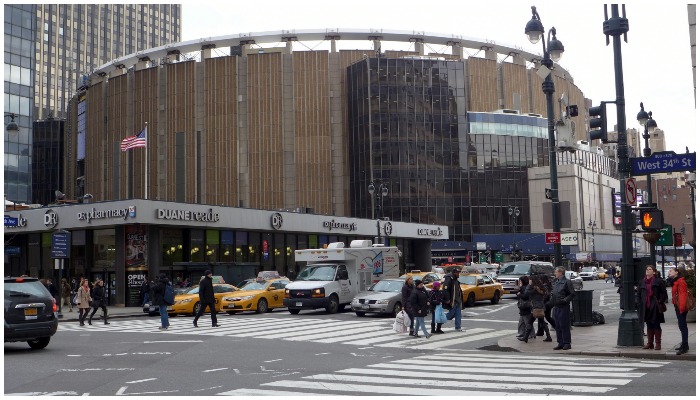 COVID-19 has caused major disruptions to live music. However, there is good news for fans, because concerts might soon be returning to New York.

There have already been a number of high profile experiments with large-scale public events. Last May, Arkansas hosted one of the first socially-distanced concerts. Soon after, the U.K. rolled out a program to allow outdoor gatherings. Now, we’re about to see one of the most ambitious reopenings in the U.S. since the onset of the COVID-19 pandemic.

New York has unveiled a plan that may soon see fans returning to live music events. On Wednesday, Gov. Andrew Cuomo announced that large stadiums and arenas across the state will soon be allowed to resume hosting events. His bold new pilot will see fans returning to public venues as early as Feb. 23.

In January, Cuomo opened the Buffalo Bills playoff game to attendees who could show proof of a negative COVID test, completed 72 hours prior to the game. According to NBC New York, the governor declared the pilot an “unparalleled success.”

The governor now plans to allow other large venues to begin reopening under the same conditions.

In a public address, Cuomo detailed the plan, saying, “Any large arena can open on Feb. 23. Their plan has to be approved by the State Department of Health. It’s 10% of capacity for arenas 10,000 and above, which is what this is addressing; a negative PCR test, with face coverings, with social distancing, and then mandatory assigned seating, it’s not that people can sit wherever they want.”

Read more: Dave Grohl knows who he wants to induct Foo Fighters into the Rock Hall

Under the new plan, fans will be able to attend concerts as well as baseball, football, basketball and hockey games.

A number of sports teams were quick to announce plans to resume live events. Because official inspection of eligible venues was underway, Madison Square Garden has already been cleared to reopen Feb. 23. The iconic venue will host the Knicks as they take on the Golden State Warriors.

Cuomo has long maintained that testing is the way to faster reopenings. As he noted in his address, “The testing to me is key. I can go see the President of the United States, take a test, and if I pass the test, walk into the Oval Office. Why? Because, if you’re negative, you’re negative. So, the testing is key.”

While this plan is a positive step forward, the future of live music remains uncertain. 2021 has also seen bad news for live music fans. Earlier this year, both Glastonbury and Coachella canceled their festivals.

Even so, there is cause to be optimistic. A number of large events, including Welcome to Rockville and Louder Than Life remain scheduled for later this year. Aftershock is also still scheduled and will host My Chemical Romance as part of their first U.S. tour in nine years.

Are you surprised to see New York opening up large venues for concerts? Let us know in the comments below.

Warrior of the Mind
‘Listen To This Beat And Relax’ With Quan Aqua Faust’s New Song, “Got Me Like”
Video: Logic “Maybach Music”
‘BMF’ Actor Lil Meech Won’t Be Charged In Gun Case
Titans, Doom Patrol Canceled at HBO Max