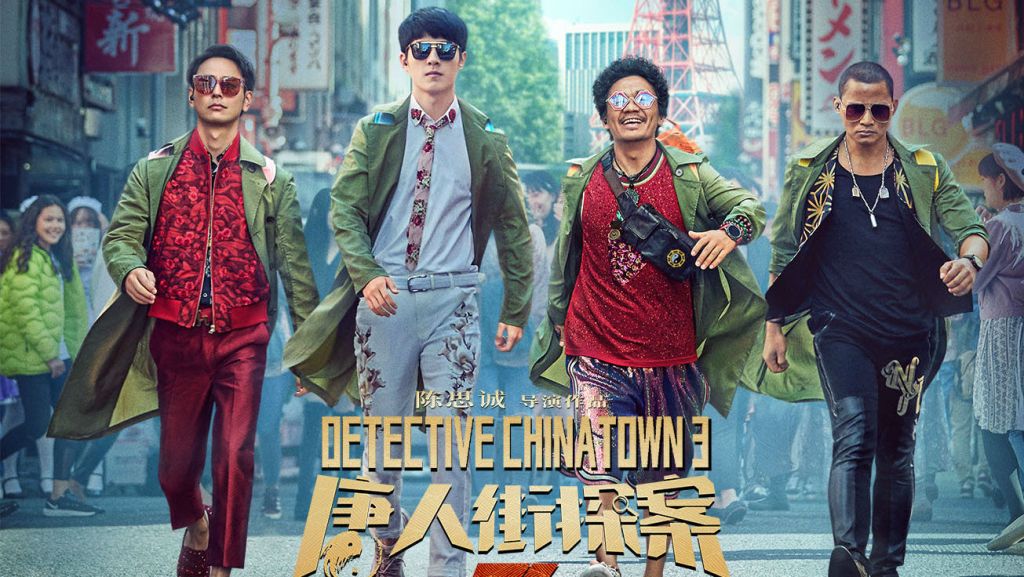 On Wednesday, Chinese New Year box office achieved yet another new milestone with grosses for the holiday period growing to an estimated RMB 7.78B ($1.2B). This beats the previous all-time high set during the comparable 2019 holiday (RMB 5.9B). China often outdoes itself, but the fact that 2021’s Lunar New Year frame came with Covid capacity restrictions makes the performance even more staggering.

Factors working in the session’s favor included a diverse slate of seven new local titles (including two powerhouses at the top), as well as increased ticket prices in some areas, additional screens versus 2019 and a reduction in travel which made moviegoing the first-choice activity for people who were not journeying to see family as would normally be the case during the holiday.

After setting new records for opening day and opening weekend in a single market (February 12-14), Wanda Pictures’ Detective Chinatown 3 has grossed RMB 3.56B ($551M) through Wednesday. It is not only far and away the top movie of the year globally, but is also nearly 20% bigger than 2020’s top worldwide title, China’s The Eight Hundred — and this after just six days of play, with more to come.

While DC3 led the weekend, Beijing Culture’s time travel comedy Hi, Mom was atop the daily charts from Monday-Wednesday and has grossed RMB 2.73B ($423M). Hi, Mom is projected by Maoyan to top out at RMB 5.28 ($817M), which would make it the No. 2 movie ever in the market. DC3 is eyeing RMB 4.51B ($698M), estimates Maoyan, a 33% local currency increase on the previous installment in the popular franchise.

Xinhua reports that more than 155M tickets were sold during the New Year frame, up from 130M in 2019. That’s reflective of pent-up demand for big new titles — especially given Detective Chinatown 3 was delayed by a year when Covid shuttered cinemas in early 2020 — and in part reflective of the increased number of screens in the market, which was 75.5K by the end of 2020, compared to just under 70K at end-2019.

China was the first country severely hit by the coronavirus, and implemented strict lockdown measures across the board. After six months of cinema closures, it slowly re-acclimated audiences. That began in July 2020 with some import titles whose releases had been delayed by Covid (think: Dolittle) and library movies like the first Harry Potter and some older Christopher Nolan pics. Once the market was primed, China released The Eight Hundred to huge results last August. Notes an international exec, “What China is showing is that where the virus is under control and people feel safe, they’re coming back (to cinemas) in droves.” We’ve seen some similar phenomena in Korea and Japan, although with more Covid ebbs and flows affecting momentum.

The early estimated RMB 7.78B Chinese New Year period (which also includes holdover play from movies like Disney/Pixar’s Soul), is already 38% of the total box office for 2020 in China. It’s also about 10% of 2020 global box office, 12% of international box office and 55% of domestic box office last year.

For the first month and a half of 2021, China box office has crossed RMB 10B, according to state news media, meaning it’s already more than 50% of 2020’s full gross. The good news out of China hopefully serves as an indicator of recovery that will be seen in other markets as they get back up and running with new product.