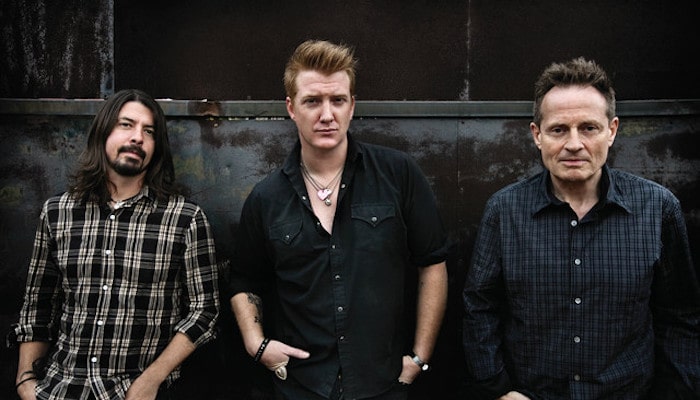 Over a decade ago, Dave Grohl joined forces with Queens Of The Stone Age‘s Josh Homme and Led Zeppelin‘s John Paul Jones to form the hard-rock supergroup Them Crooked Vultures. Together, they released their first, and only, album in 2009.

Now, nearly 12 years after their self-titled album’s release, Grohl has revealed whether or not he thinks the supergroup will ever reunite.

Read more: This new study shows listening to heavy metal is good for your health

Every once and a while, new rumors of a Them Crooked Vultures reunion emerge. However, since the release of their 2009 album, the supergroup’s members have been working hard on their other musical projects.

For Dave Grohl, Foo Fighters are having quite an eventful month. On Feb. 5, they celebrated their 25th anniversary with the release of their 10th studio album Medicine At Midnight. Since its release, Grohl has spent the past few weeks opening up about Nirvana and Kurt Cobain and weighing in on that Phoebe Bridgers guitar smash controversy.

Now, Grohl is reflecting back on his time in Them Crooked Vultures. During his Medicine At Midnight Radio episode for Apple Music Hits, the Foo Fighters frontman opened up about working with Josh Homme and John Paul Jones.

Read more: You can spend the night in the ‘Silence Of The Lambs’ house—here’s how

It turns out, the idea of the supergroup came to be after Grohl presented an award to Led Zeppelin at a ceremony in London.

Read more: This MGK and YUNGBLUD collab gets 11 pop-punk renditions in new cover

As for the possibility of a Them Crooked Vultures reunion? Grohl is optimistic and thinks it could happen sometime in the future.

“It was incredibly inspiring [and] was a really incredible time,” he continues. “I hope that someday we do it again.”

For now, Grohl is putting all of his energy into Foo Fighters. Earlier this month, the band was one of the 16 nominated acts to be inducted into the Rock & Roll Hall Of Fame. If Foo Fighters win the nomination, Grohl will officially be a two-time inductee following Nirvana’s induction in 2014. Naturally, Grohl already knows who he wants to induct Foo Fighters if it happens.

Do you want Them Crooked Vultures to reunite and release another album? Let us know in the comments below.