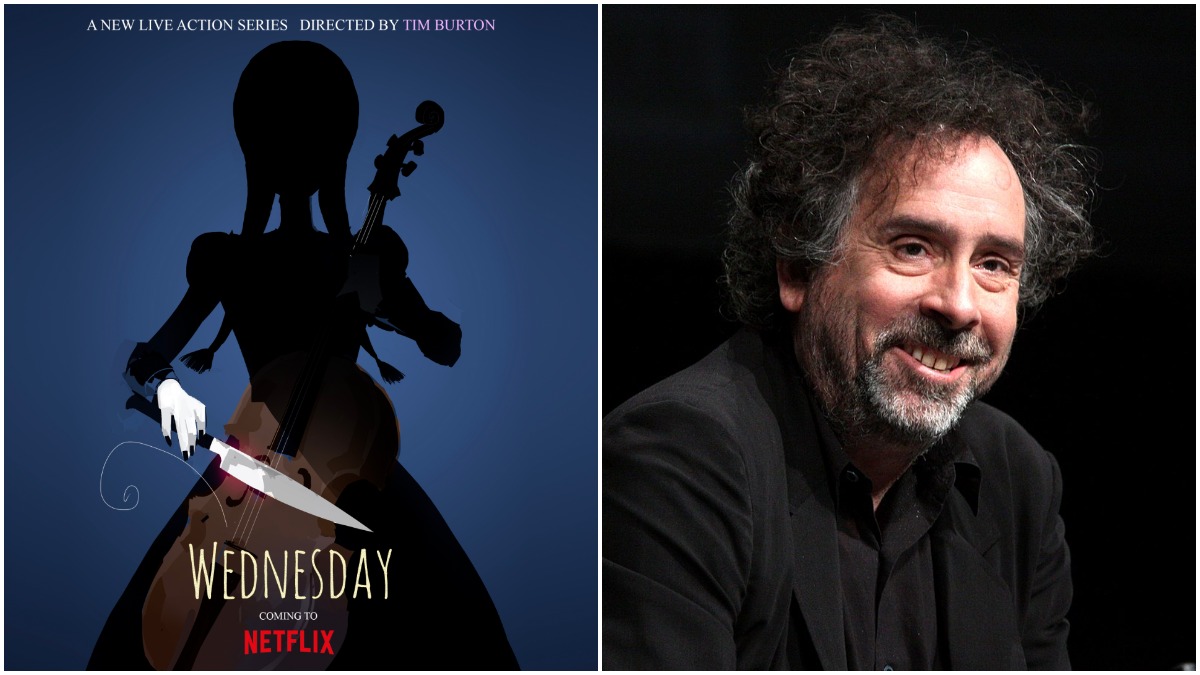 Last October, we learned that Tim Burton was in the process of creating a live-action reboot of The Addams Family. It sounded like a shoe-in for the modern master of all things creepy and kooky to give the beloved horror sitcom a 21st century upgrade, and clearly Netflix was sold on the idea.

According to The Hollywood Reporter, the streaming service has ordered an eight-episode season of the Burton-directed affair, which is not just an ordinary reboot. Titled Wednesday, the series will be a live-action offshoot of The Addams Family that focuses on the household’s brooding daughter, Wednesday Addams.

Netflix’s official synopsis describes the show as such:

“A sleuthing, supernaturally infused mystery charting Wednesday’s years as a student at the peculiar Nevermore Academy. Wednesday’s attempts to master her emerging psychic ability, thwart a monstrous killing spree that has terrorized the local town, and solve the supernatural mystery that embroiled her parents 25 years ago – all while navigating her new and very tangled relationships of the strange and diverse student body.”

In addition to his directing role, Burton will executive produce the series while Smallville masterminds Alfred Gough and Miles Millar will serve as showrunners and executive producers. Crucially, this is the first live-action TV show that the 62-year-old Burton has ever been involved in, and THR reports that a fierce bidding war ensued between the major streaming services.

Real ones might remember that Burton was actually tapped to direct a 3D stop-motion Addams Family reboot almost ten years back, but the project never materialized. After the 1938 Charles Addams comic was famously adapted to TV in the ’60s, it was rebooted many times over the years in live-action, animated, TV, and movie form. In 2009, it was even brought to Broadway.

Wednesday Addams has been portrayed by nearly 20 actresses over the years, and was most recently voiced Chloe Grace Moretz in the 2019 animated film, The Addams Family. However, given that she’ll be a child in this upcoming Netflix series, it’s likely that we’ll get a whole new actress to fulfill her role.

Stay tuned for more casting info and an estimated timeline for when this will be rolled out on Netflix.