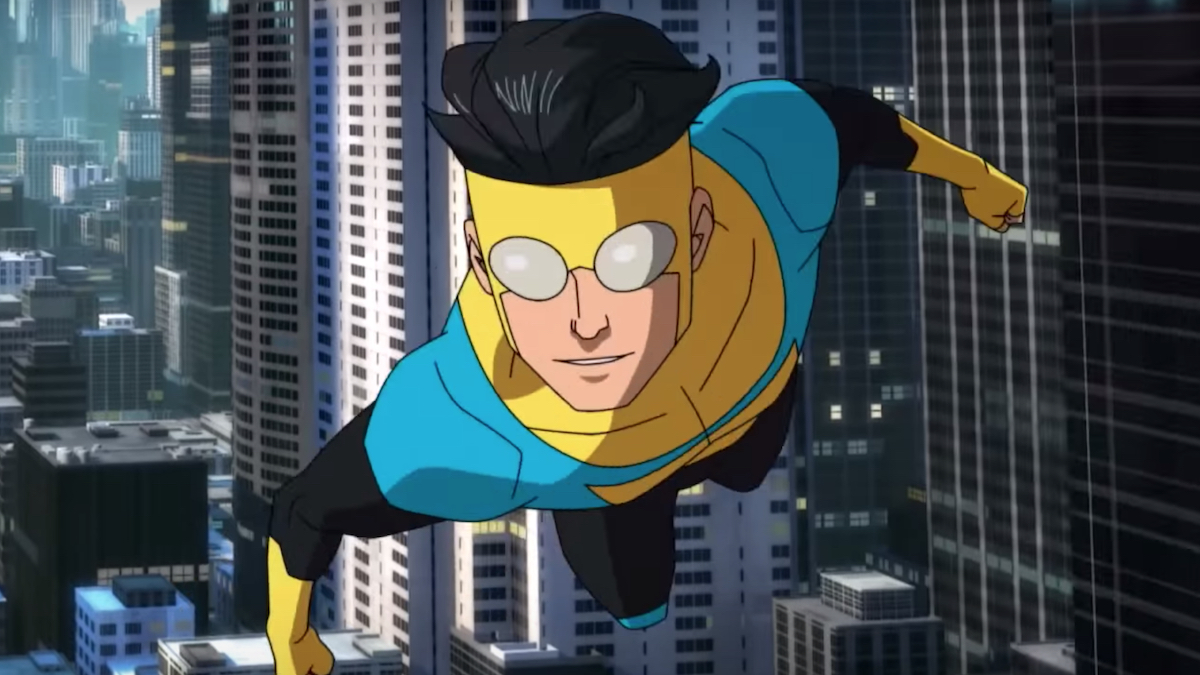 Robert Kirkman has become thought of largely as a horror creator, thanks to the blockbuster adaptation and subsequent spin-offs of his The Walking Dead comic and Cinemax’s short-lived Outcast series. But the comic writer has also put his unique spin on the superhero world, and one of his caped characters is finally making its way to TV. Amazon Prime Video’s new Invincible animated series is set to debut on March 26th, and the streamer has today released the first trailer.

Co-created by illustrator Cory Walker, Invincible ran for 144 issues from Kirkman’s Skybound Entertainment (via Image Comics) between 2003 and 2016. The book was notable for its quick-hitting and madcap take on superheroes, pairing bright, cartoon-y visuals with ultraviolence and gore. That youthful look and adult feel will make its way to Amazon’s animated series, as the new trailer reveals.

The story centers on Mark Grayson (voiced by Steven Yeun, who delivered our 2020 Performance of the Year in Minari), a typical teenager save for the fact that he’s the son of the world’s most powerful superhero, Omni-Man (J.K. Simmons). The official synopsis reads, “As Mark develops powers of his own, he discovers that his father’s legacy may not be as heroic as it seems.”

Rogen’s appearance is particularly interesting, as he and Evan Goldberg are still actively developing a live-action Invincible movie. The pair have been attached to write, direct, and produce the film since 2017, and while the goings have been slow, they are still indeed going.

“There will definitely be some significant differences between the movie and the television show,” Kirkman told EW earlier this year. “People will easily be able to tell them apart… We’re definitely working to make sure that the two can exist and complement each other.”