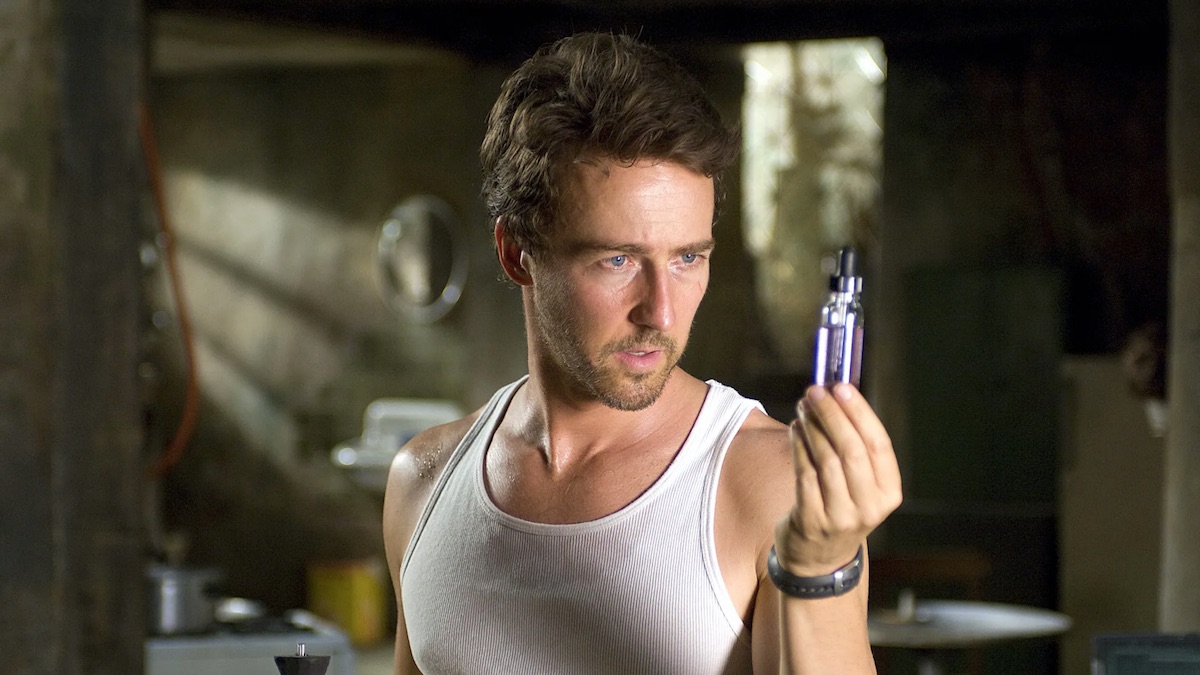 From Fight Club to The Illusionist, Edward Norton knows a thing or two about solving mysteries — or actually, maybe he’s just good at getting caught up in them. Either way, it’s fitting that he’s now joining the cast of Rian Johnson‘s upcoming Knives Out sequel.

Norton will star alongside returning lead Daniel Craig, who plays the Southern detective Benoit Blanc, and new addition Dave Bautista, who was revealed as a co-star earlier today. Rian Johnson is back to write and direct what is said to be the first of two sequels to his 2019 smash hit Knives Out. Both movies have already been snatched up by Netflix, which reportedly paid $450 million (!) for the unproduced films.

The Oscar-nominated Knives Out earned $311.4 million at the box office on just a $40 million budget. Craig led an ensemble cast — including Jamie Lee Curtis, Michael Shannon, Toni Collette, and Lakeith Stanfield — on a mission to solve the murder of a wealthy mystery novelist, played by the late Christopher Plummer. The feature was so much fun, in fact, that it wound up earning the title of one of our favorite movies of 2019.

While Craig is obviously set to reprise his Benoit Blanc role, there’s not word yet on who Bautista or Norton will play in Knives Out 2. That’s in part due to the secrecy of the upcoming script. Additionally, there’s no word yet if any cast members from the original movie will return for the sequel.

Norton’s most recent film was Motherless Brooklyn, which hit theaters in late 2019. However, that will change soon with the upcoming release of The French Dispatch, Wes Anderson’s highly anticipated new movie. To pass the time until then, revisit Norton’s exclusive interview on Kyle Meredith With… in which he discusses his friendship with Thom Yorke and Flea, his interest in jazz history, and his acting style.