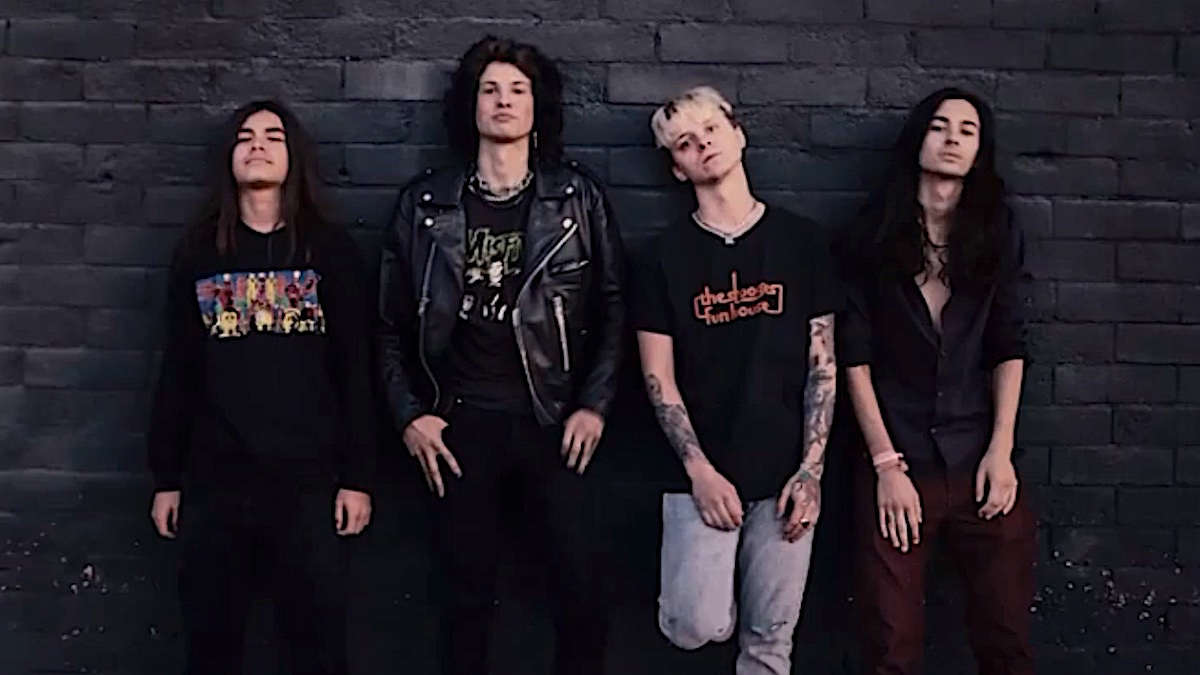 Suspect208 — the young rock band featuring the sons of Guns N’ Roses’ Slash and Metallica’s Robert Trujillo, and for a brief time, the son of late Stone Temple Pilots singer Scott Weiland — have called it quits. The group’s short-lived ride was a tumultuous one that rivaled some of the trials and tribulations of their famous dads’ bands.

With a lineup of Noah Weiland on vocals, London Hudson (Slash’s son) on drums, Tye Trujillo on bass, and Niko Tsangaris on guitar, Suspect208 got off to a promising start. They released their debut single, the hard-rocking “Long Awaited”, in November, and it was met with a positive response, earning more than a million hits on YouTube.

The band followed that up with the more pop-leaning “All Black” in December, but by the beginning of the new year, they had announced that they had parted ways with Weiland due to a “dark path of drug use.”

Weiland was replaced by singer Cody Houston, and the band released two more singles, “Nicotine” and the Van Halen-inspired “You Got It”. But seven months after the release of their debut single, the band has broken up.

As Tsangaris told Wall of Sound, Houston recently walked away from the band to concentrate on being a father, as he is expecting a child with his girlfriend, and Trujillo had quietly left the group, as well. With both members out, Tsangaris and Hudson decided to end Suspect208 and focus on a new project, S8NT ELEKTRIC.

“We decided to end it because Tye left and Cody left to be a dad and we didn’t want to keep dividing up our fan base by getting new people,” revealed Tsangaris. “We’re starting a clean slate with @s8ntelektric and we’re all very excited about it. There’s some amazing musicians in that band and we’re all very driven!”

As to what to expect from S8NT ELEKTRIC, Tsangaris said, “We’re probably going to have four singles out by September. We’ve been writing a lot together and it’s been going great! We have a song set to release for the end of each month.”

Trujillo, meanwhile, has a number of other projects going, including the band OTTTO, who are set to play Lollapalooza in Chicago this summer.

Heavy Consequence actually spoke with all four members of Suspect208 via video Zoom when Weiland was still in the group. Watch that interview below.