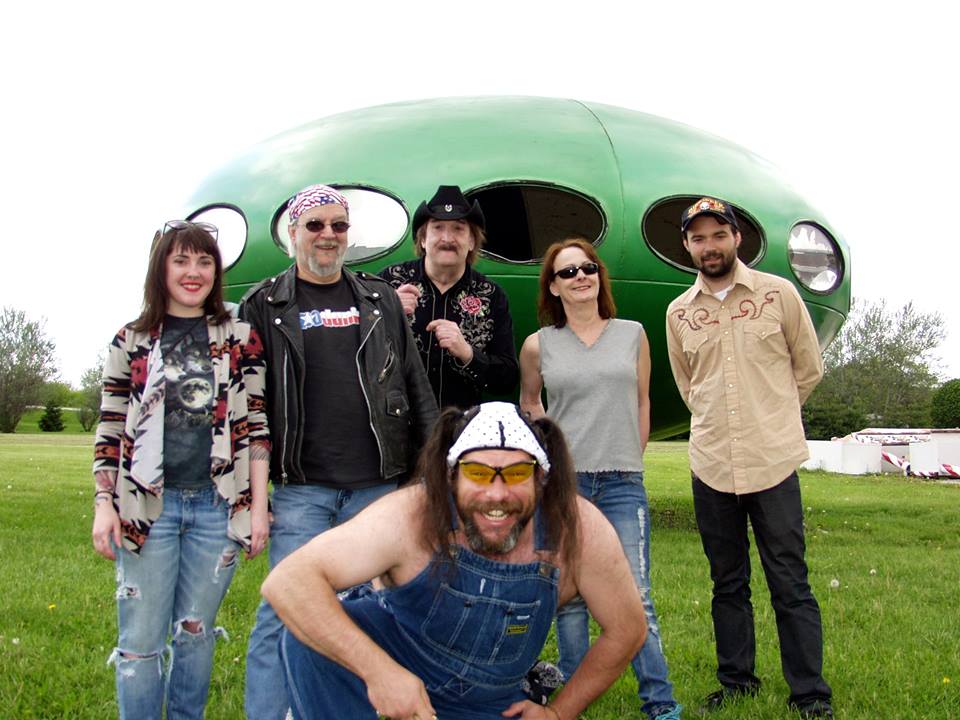 Not too heavy with the guitar melodies but certainly not stingy in terms of vocal harmonies and classless colloquialisms cowpunk fans will eat up on the spot, I think you could make an entire album around Jesse & The Hogg Brothers’ “Love Buckets” and be more than pleased with the end result. That said, there isn’t a thing I would change about the group’s new LP Get Hammered, currently out everywhere quality indie rock is sold and streamed in 2021, and if you’re of the cowpunk persuasion, its cornerstone songs like “Biker Ann,” “America” and “The Hammer” are going to hit the spot as no other material can. Not quite as guttural as other releases in this genre have traditionally been, Get Hammered is the one alternative country recording you have to hear before this year is over.

Instrumental brawn isn’t as big of a deal in this tracklist as you might be expecting if you’re a conventionalist when it comes to this kind of indie music; in fact, “Onion Ring,” “Black & Blue,” “Santa’s Got a Bag of Coal” and “We’re All in This Together” are supported more by their vocal and percussive components than they ever are the roar of the guitars (though the latter two have plenty of overdrive to push a riff out the door). Jesse & The Hogg Brothers aren’t a band that comes across to me as being all that interested in strutting and flashing swagger anymore; in Get Hammered, they’re putting so much more stock in the substance of their aesthetics than they are the cosmetics other artists would center every last element of their careers on.

The compositional strengths in “Hogg Tail Twist,” “Santa’s Got a Bag of Coal,” “Cream Gravy” and “Texas Hammer” exhibit the sonic and songwriting intellect of this group exquisitely well, but I don’t feel like the band is going out of their way to flaunt the technical aspects of their sound here, either. When it comes right down to it, I get the feeling this record was made as more of a live template than anything else, advertising to us the basic anti-complexities of a rip-roar bar band that wants to get back on the stage far more than they want to experiment in the studio. The fact everything came together as brilliantly as it did may well be coincidental, but considering the players we’re analyzing in this scenario, I highly doubt it.

If Get Hammered is a reflection of who Jesse & The Hogg Brothers are in 2021, they’re going to see both their fan base and that of the cowpunk genre getting even bigger in the weeks and months that lie ahead. Every song on this record could be a single for the group, and though their previous efforts haven’t held anything back about their artistry, I will say that I think this just sounds a bit more open-ended and freeform by comparison (and not in a way that should make old school listeners nervous about this crew’s new look). The bottom line? Get Hammered is a slam dunk and a half for cowpunk fans.