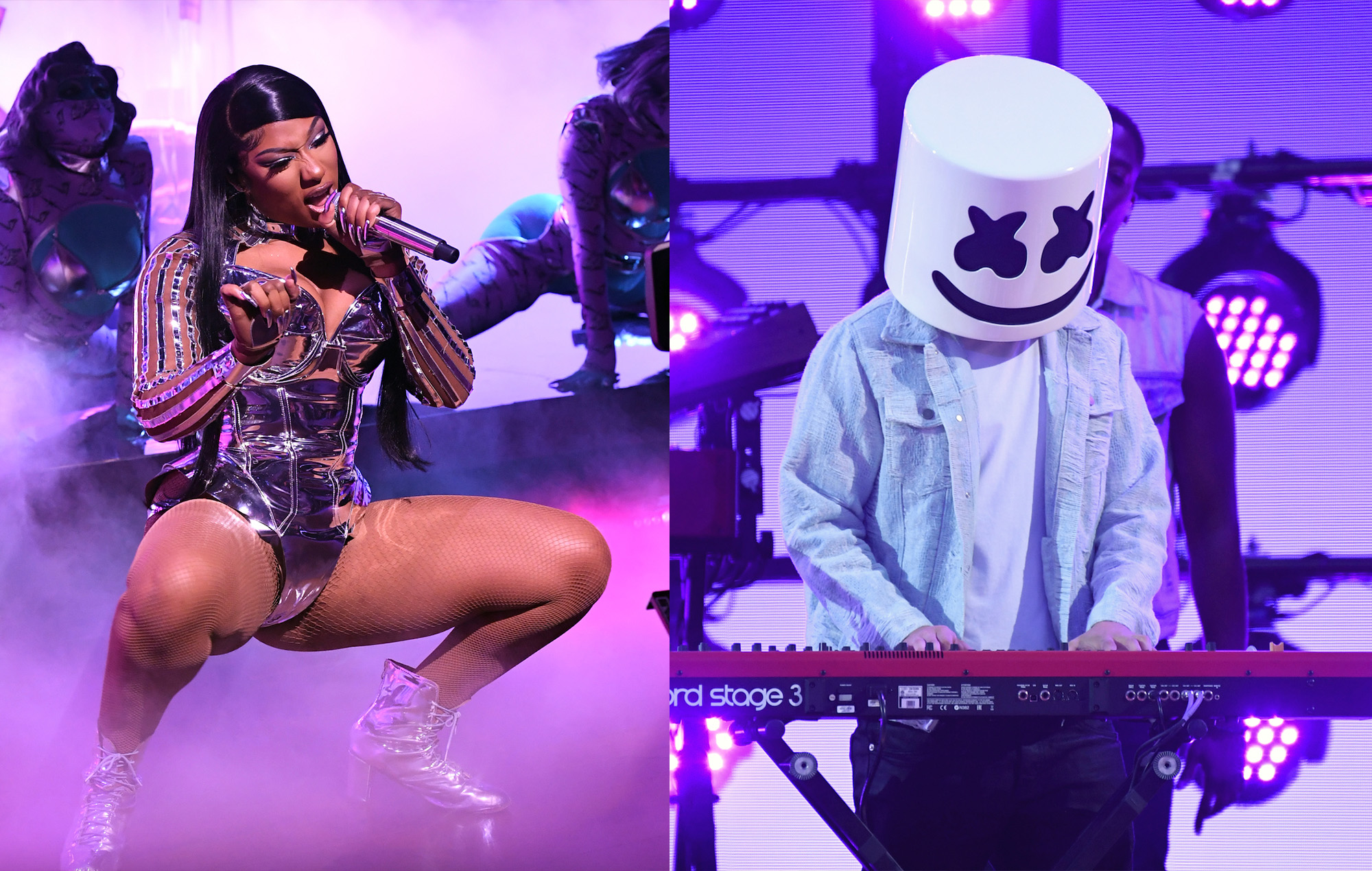 The collaboration, which also features production by Miami-based DJ Nitti Gritti, samples a line of banter from one of Megan’s incendiary live shows.

It comes as the third single from Marshmello’s imminent fourth album, ‘Shockwave’, following ‘Back In Time’ and the Juicy J-featuring ‘Hitta’. He’s set to release the LP this Friday (June 11) via his own label, Joytime Collective.

Watch the lyric video for ‘Bad Bitches’ below:

Stallion has been on a collaborative hot-streak since the album’s release, teaming up with Bankroll Freddie for the track ‘Pop It’, Bobby Sessions for ‘I’m A King’, and Maroon 5 for ‘Beautiful Mistakes’. She also joined Lil Baby for a remix of his track ‘On Me’, and recruited Ariana Grande and Doja Cat for a new spin on her track ‘34+35’.

She’s also due to drop her first solo material since the release of ‘Good News’ this week, with the single ‘Thot Shit’, slated to land on Friday. The track comes after she teased the return of her character Tina Snow earlier this week. She’d initially announced a hiatus from music at the end of April.

Stallion has a busy year ahead on the touring circuit, including appearances at Bonnaroo, Parklife and Wireless, all of which are set to go down in September. She also has a prime spot on the lineup for next year’s Primavera Sound festival.

The ‘WAP’ star has also amped up her philanthropic efforts in 2021. In March, she launched the Hotties Helping Houston initiative to raise funds for the rebuilding of her hometown following a catastrophic storms in Texas. Also in March, she announced the Women On Top fund to support women in education, business, charity and more.

Both endeavours followed donations of $51,000 to victims of the Atlanta spa shootings in March, and $100,000 to the Breonna Taylor Foundation.

In February, she stated she was on track to graduate from university with a health administration degree this autumn and reconfirmed plans to open an assisted-living facility.