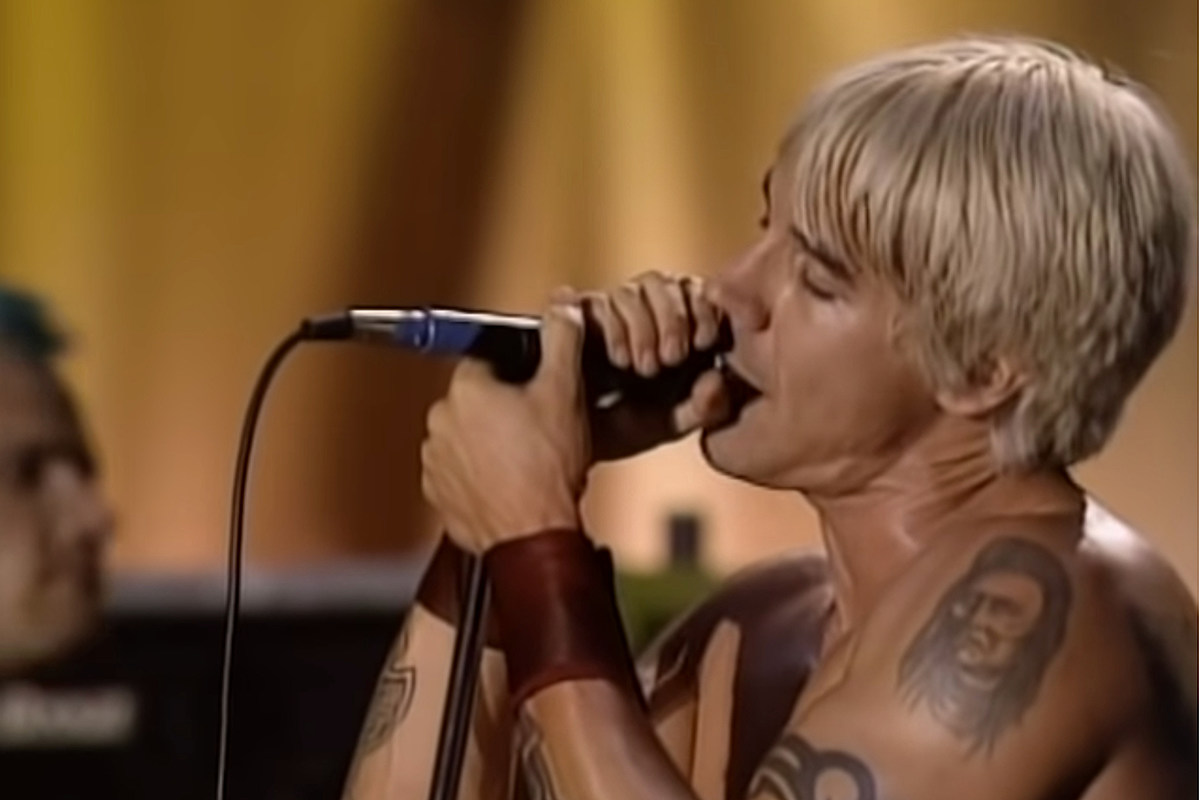 In one of the most infamous moments in ‘90s rock history, the Red Hot Chili Peppers burst into a cover of Jimi Hendrix’s “Fire” as flames burned in the crowd at Woodstock ‘99 during a late-July weekend.

Though it appeared to be a spur-of-the-moment addition to the set, the band had planned the cover before taking the stage.

“I remember we were getting ready to go on, and they were going to do [a tribute] to [original Woodstock performer] Jimi Hendrix after we played,” Chili Peppers drummer Chad Smith explained to Yahoo! decades later. “His sister came to us, and we’d met her before; we’d done some other stuff with the Hendrix Experience. And she said, ‘Hey, I know you guys do Jimi Hendrix songs. What do you think if I could get a Hendrix song before, like as your last song before the tribute thing, you know? It’d be kind of a nice segue.’ And we’re like, ‘Okay, that sounds cool.’”

What the band didn’t know at the time was that fans at the festival were reaching their breaking point. Roughly 400,000 people attended the four-day event held in Rome, N.Y., yet organizers seemed unprepared to handle such a crowd. There were far too few toilets and sanitary stations, food and beverages were overpriced and security was minimal. These factors, coupled with temperatures topping out at more than 100 degrees, created a recipe for disaster.

By the time Red Hot Chili Peppers took the stage on Woodstock ‘99’s fourth night, fans who were exacerbated by the festival’s many problems were waiting to erupt.

“After the three days of no water or $17 bottled waters, and no places to pee and whatever, [the concertgoers] were all pent-up,” Smith admitted.

Still, the Chili Peppers weren’t the flame that ignited the powder keg … at least, not technically.

A peace organization named PAX had planned to make an anti-gun statement during the band’s set and distributed 100,000 candles to fans to be used in the vigil. These quickly became the perfect spark for people looking to cause trouble.

In actuality, what he struggled to see from the stage was really the flare-up of many bonfires throughout the Woodstock ‘99 crowd.

Fans began throwing anything they could find into the fires, at one point tearing plywood from the Woodstock “Peace Wall” to feed the flames. From the stage, Red Hot Chili Peppers singer Anthony Kiedis compared the scene to one seen in Apocalypse Now.

“I went to Anthony Kiedis and said to him, ‘You need to help us. We need to quell this crowd in order to get there and take these fires down,” Joseph Griffo, the former mayor of Rome, recalled in the documentary Woodstock ’99: Peace, Love and Rage. “And what he did is went out, and on his encore, played ‘Fire’ from Jimi Hendrix.”

According to Smith, the band was “just doing our thing and rocking out, having a great time,” unaware that the song choice may have been sending the wrong message. It wasn’t until the following day the drummer realized exactly what had happened.

“The next morning, I get up, I’m in the airport and I’m looking up at CNN or whatever the news that’s on the airport television,” the drummer recalled. “They’re like, ‘Yesterday’s Woodstock festival, they had the Dave Matthews Band and Jewel, and it was all really nice. And then … the Red Hot Chili Peppers played, and all hell broke loose!’ And I’m like, ‘What?’ And they show the fires, and I am like, ‘Oh, my God. Oh shit.’ We really looked like we were instigating — that we were the bad guys.”

Hindsight being 20/20, Smith agreed the song choice may not have been wise, even if his band was just “paying homage to the great Jimi Hendrix.” “Could we have picked another Hendrix song? Probably,” the drummer admitted. “But that’s the one we rehearsed and that we knew. So yeah, I guess the timing of it wasn’t so great.”