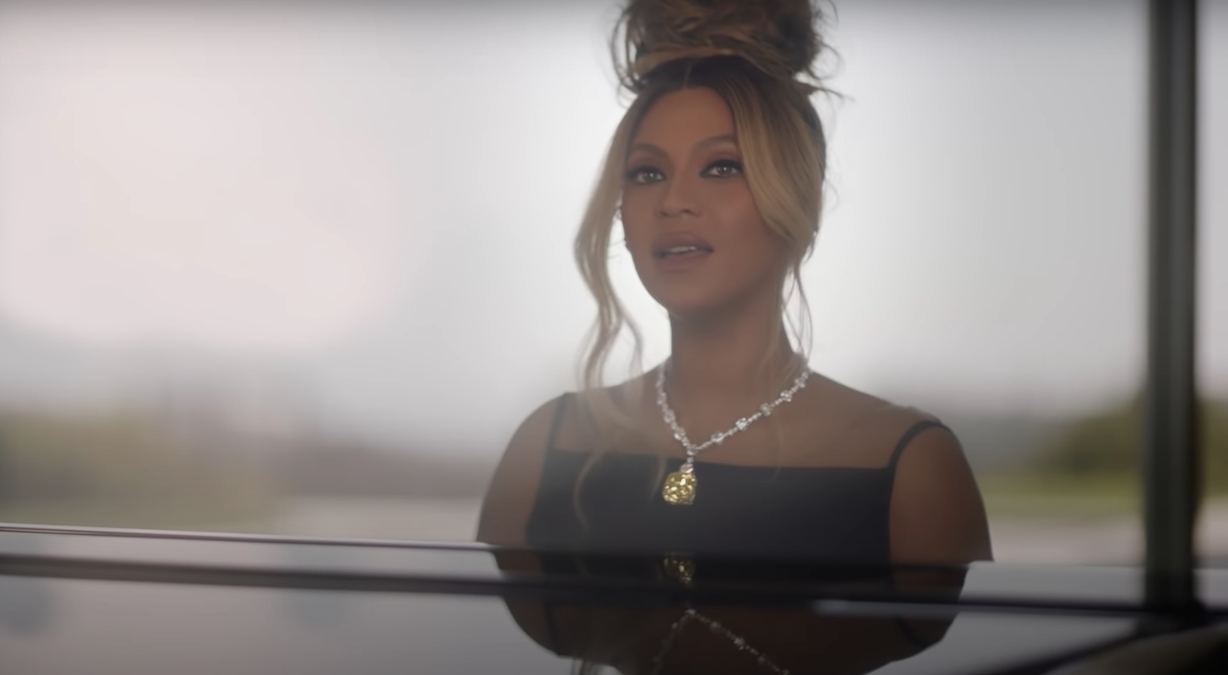 Beyoncé and Audrey Hepburn have quite a bit in common. They’re both style and beauty icons, they’ve both contributed to human rights efforts, they’ve both appeared in legendary films — and now, they’ve both sang Henry Mancini‘s “Moon River.” As a part of Queen Bey and JAY-Z‘s ongoing ad campaign with Tiffany & Co., the singer has shared a cover of the Breakfast at Tiffany‘s tune.

Bey’s cover of “Moon River” arrives with a sweet 90-second clip, directed by Black Is King co-director Emmanuel Adjei. It pays homage to the 1961 film, opening with a shot of JAY-Z plunking away on a typewriter. While Hepburn’s famous recording of the song — penned by Henry Mancini and Johnny Mercer — is performed on guitar from a humble fire escape, Beyoncé’s rendition sees her take a seat behind a grand piano in a lavish abode as she sports the massive Tiffany Diamond. The video also depicts Bey riding in a private jet and peering out the window of a limousine — you know, the type of activities you may delight in when you can afford Tiffany jewelry. Listen to Beyoncé do “Moon River” below.

Last month, Tiffany & Co. launched the campaign with a splash when they unveiled photos of the Carters posing with a never-before-seen Jean-Michel Basquiat painting. “Moon River” was also famously covered by one Frank Ocean back in 2018.

Pitch Perfect Finds New Life On Peacock, But Is The Gang Getting Back Together?
August Alsina Hints at Retirement
Netflix Is Testing Its “Free Service” In Kenya, Only Available On Android Smartphones
Adele and Boyfriend Rich Paul Are Instagram Official
Morgan Wallen Has Only Donated a Portion of the $500,000 Promised to Black-Led Organizations: Report