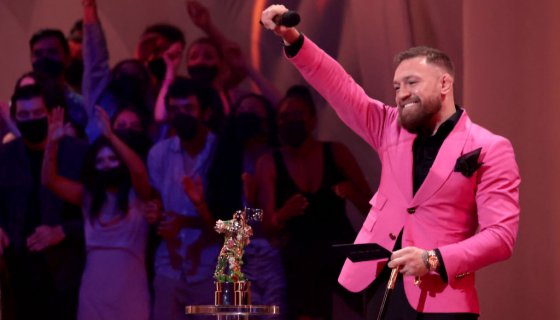 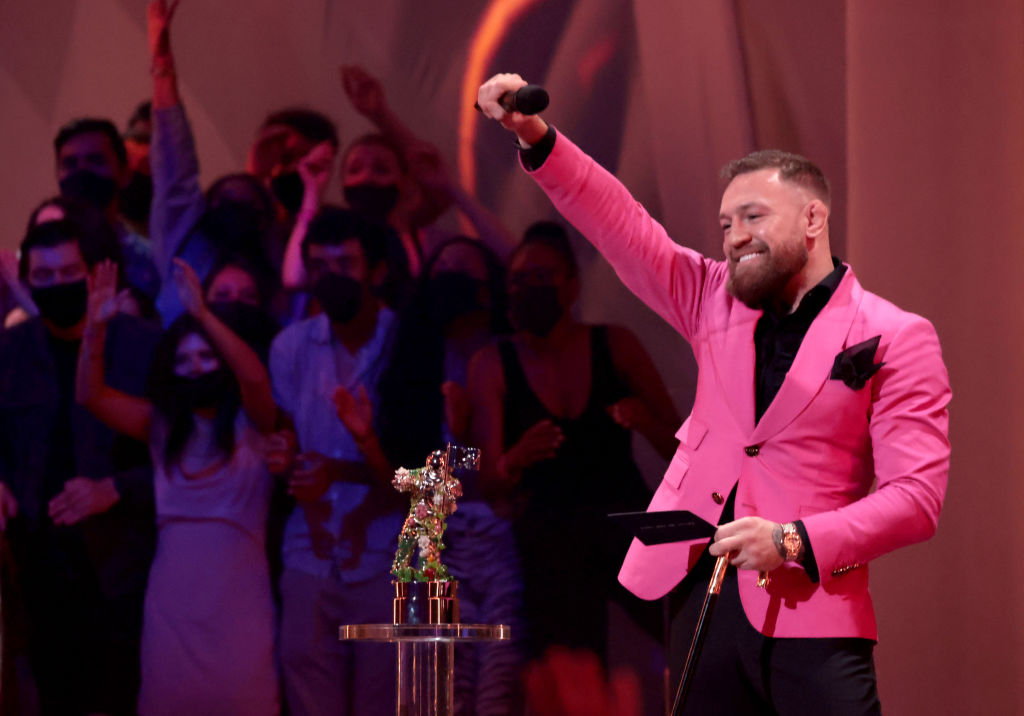 There was a bit of drama at the VMA’s between Machine Gun Kelly and Conor McGregor. The Irishman is now saying that it would be a waste of time to put the beats on the performer.

As spotted on Page Six the former MMA champion had a tense moment with the former Bad Boy Entertainment MC. An unnamed source says the two exchanged hands on the red carpet because of a photo snub. “They scuffled, then it settled down and Conor went for him again,” the source said, adding that the photographers “weren’t happy” and were “saying they were going to boycott Conor because they were worried MGK and Megan wouldn’t walk.”

“[McGregor] was ready to throw fists,” the second source said, adding, “Security was having trouble holding him back.” Well Conor says there was no physical altercation between the two. “Absolutely nothing. I don’t know. He showed up, and I don’t know. I don’t know the guy,” McGregor told “Entertainment Tonight.” He also made it clear that no bout between will happen either. “Nothing happened with me, I only fight real fighters, people that actually fight, you know what I mean,” he continued. “I certainly don’t fight little vanilla boy rappers. I don’t even know the guy. I don’t know anything about him, except that he’s with Megan Fox.”

Kelly has to comment on the incident. Last night he took home the MTV Video Music Award for “Best Alternative Video”. You can watch Conor discuss the matter below.