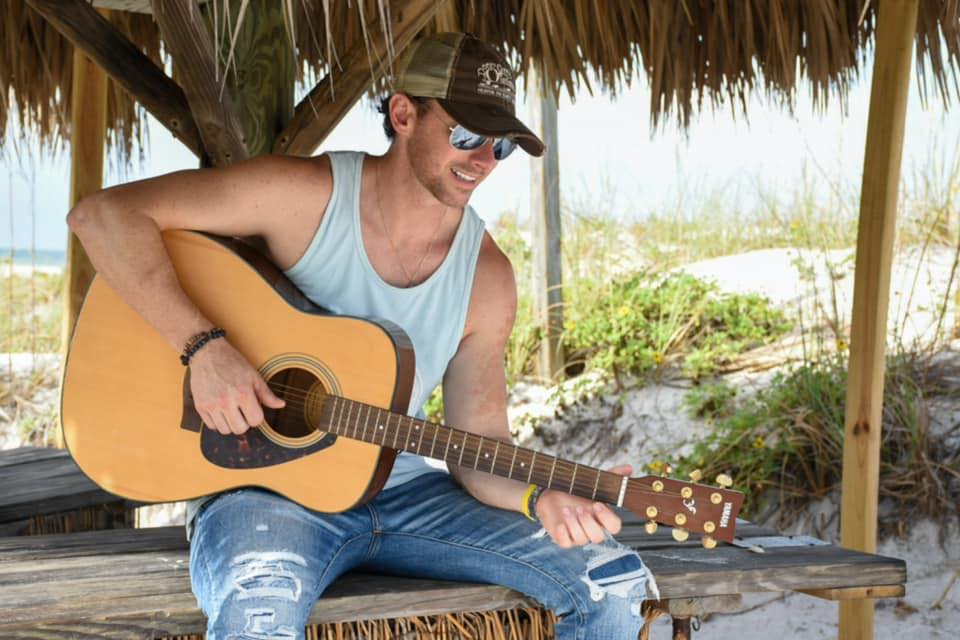 Jarod Grubb’s “What She’s Drinkin’ On” is a rambunctious yet tasteful new single from Montana’s Jarrod Grubb. He’s based out of Nashville now, pursuing his dreams in Music City U.S.A. and, going off this new track, it’s hard not to imagine this will push him to higher peaks than ever before. It illustrates, in a larger sense, the many miles Nashville has traveled from an onetime genre hotbed where purism often ruled the roost into a much more democratic and inclusive musical center.

“What She’s Drinkin’ On” is an excellent example of that. If you come to this track hoping to hear tasty pedal steel guitar lines, Grubb will be a huge disappointment. There isn’t much twang. It is, instead, a thoroughly modern pop rock cut with a pronounced guitar presence during its second half. It has a contemporary sound despite its rock influences. The moderate tempo crackles with energy and generates increasing momentum as the song reaches its conclusion.

It is, despite its less than serious trappings, a character study. The “she” of the song’s title is a wild and wooly character, an archetype in songs such as this, but Grubb nevertheless brings her to vivid life for listeners. The words play a role, yes, but the driving energy behind the song is his voice. He doesn’t have an exceptional technical singing voice. It’s clear, however, that “What She’s Drinkin’ On” doesn’t need such a voice. Instead, it requires a performer with the chops to make a relatively mundane memory leap to life for listeners.

Grubb more the fills the bill. His phrasing is especially impressive and provides an added propulsive flavor to the song. It has a particularly potent effect when the song doubles down on its guitar presence. Grubb and his collaborators exhibit the good sense to keep things short and entertaining; the song barely scratches the three minute mark and satisfies listeners throughout. The life-embracing vibe of a song such as this is ideal, as well, for a world wearied from bad or complicated news for well over a year. We need its rollicking fun. His future music will benefit from the same economical and escapist approach.

Grubb will likely never regret taking this path even if it doesn’t ultimately lead to fame and fortune. It must be one hell of a ride. Everything about this track, however, marks him as a lifer in the making. It seamlessly incorporates its various instrumental elements without a single stumble and listeners will never feel cheated by Grubb rushing the track or sleepwalking through the performance. It is invigorating like the best pop music.

The production frames it all in an appealing way. There’s no evidence of the brick-walling so common in modern releases and the scattered post-production effects never mar the song. It gives “What She’s Drinkin’ On” a professional polish and mainstream appeal that’s certain to gain Jarod Grubb a great deal of attention. He’s going to explode on the national stage with songs such as this and he sounds ready for that moment.

The music of Jarod Grubb has been heard all over the world in partnership with the radio plugging services offered by Musik and Film Radio Promotions Division.  Learn more https://musikandfilm.com