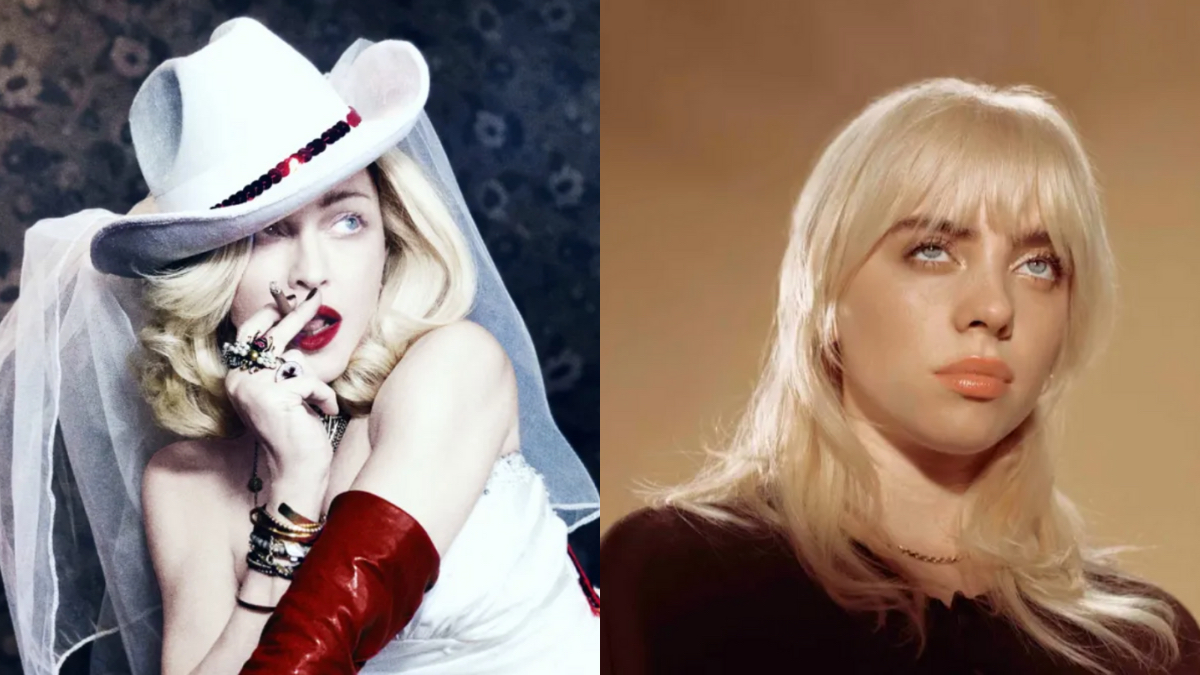 Billie Eilish is on the cover of Elle this month discussing her evolving style, and she’s got a major pop predecessor in her corner when it comes to changing up her look: Madonna.

For the cover story, Her Madgesty ardently defended the younger pop star, who’s faced significant backlash for the more body-conscious styles she’s been wearing in the era for her sophomore album Happier Than Ever.

“The problem is, we still live in a very sexist world where women are put into categories,” the “Bitch, I’m Madonna” singer told the magazine. “You’re either in the virgin category or the whore category. Billie started off in a non-sexualized category, not pandering to the masses and not using her sexuality in any way, which is her choice and God bless her for that — after all, she’s been a teenager all this time.”

Madonna continued by pointing out the double standards that still exist in the 2020s: “Women should be able to portray themselves in any way they want. If Billie were a man, no one would be writing about this. A man can show up dressed in a suit and tie for the first three years of his career, and then the next month he could be dressed like Prince or Mick Jagger, shirt off, wearing eyeliner, and no one would say a word.”

For part, the 19-year-old Grammy winner also addressed the outrage around her updated look, revealing she lost a huge mass of Instagram followers after posting a particular photo wearing a corset. “People hold on to these memories and have an attachment. But it’s very dehumanizing,” she said. “I lost 100,000 followers, just because of the boobs. People are scared of big boobs.”

While Madonna most recently opened the 2021 MTV VMAs, she’s also been outspoken in support of Britney Spears’ quest to end her conservatorship. Meanwhile, Eilish is set to headline this weekend’s Governors Ball in New York City just days after performing at Life is Beautiful 2021 in Las Vegas.