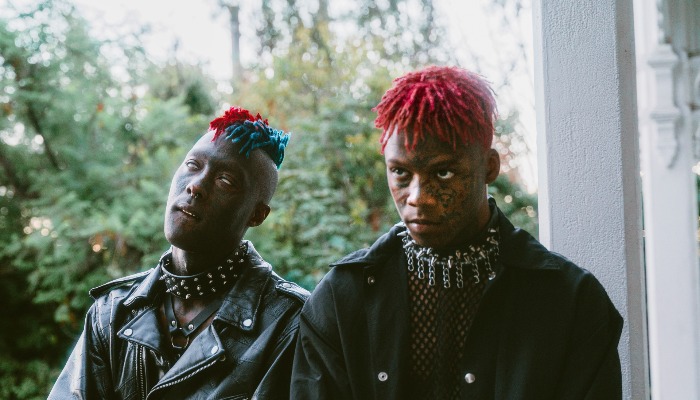 Bad Neighbors have released their latest single “Bad Romance.” The new track dropped via Pure Sinners Entertainment and is available to stream now on all DSPs.

From Birmingham, Alabama, Bad Neighbors have dedicated themselves to transforming what it means to be a musician in the modern age. The band pull just as fluidly from punk rock and trap music, producing a sound that is wholly their own.

Read more: Gang Of Four on what they learned from James Brown, COVID-19 and more

Despite their bold, personal direction, the band have quickly built a fanbase since they first began releasing music in 2020. Their following and stream count have grown on social media, and they have also attracted attention from platforms such as Flaunt and Elevator.

The group’s unique sound is on display in “Bad Romance,” which showcases their ability to smoothly elide their genre influences. Of the new track, the band say it speaks to the worst kinds of dysfunctional love.

“Obsession brings out the darkest side of people just for the sake of love,” they say. “Make sure you know the difference between love and lust. In all, it’s just a sequence of illusions constantly repeating themselves, deceiving the broken.”

The song’s video underscores the messaging of the song. In addition to angst-ridden performances from the band, the video’s narrative draws subtle influences from the visual world of horror, showcasing the dark and violent things that lurk within desire.

“Bad Romance” follows the band’s EP She Like Blood Too, which dropped earlier this year. On that release, songs like “Die Fast” showcase their ability to move across genre lines, setting meditative piano underneath driving vocals. As if perfectly underscoring the group’s unwillingness to settle into musical boxes, the track switches back and forth between driving rock drum beats and animated trap rhythms.

As of now, the band have announced no official plans for the future, but they hint that more is to come this fall. Check out the video for “Bad Romance” below, and let us know in the comments what you think of the new track.