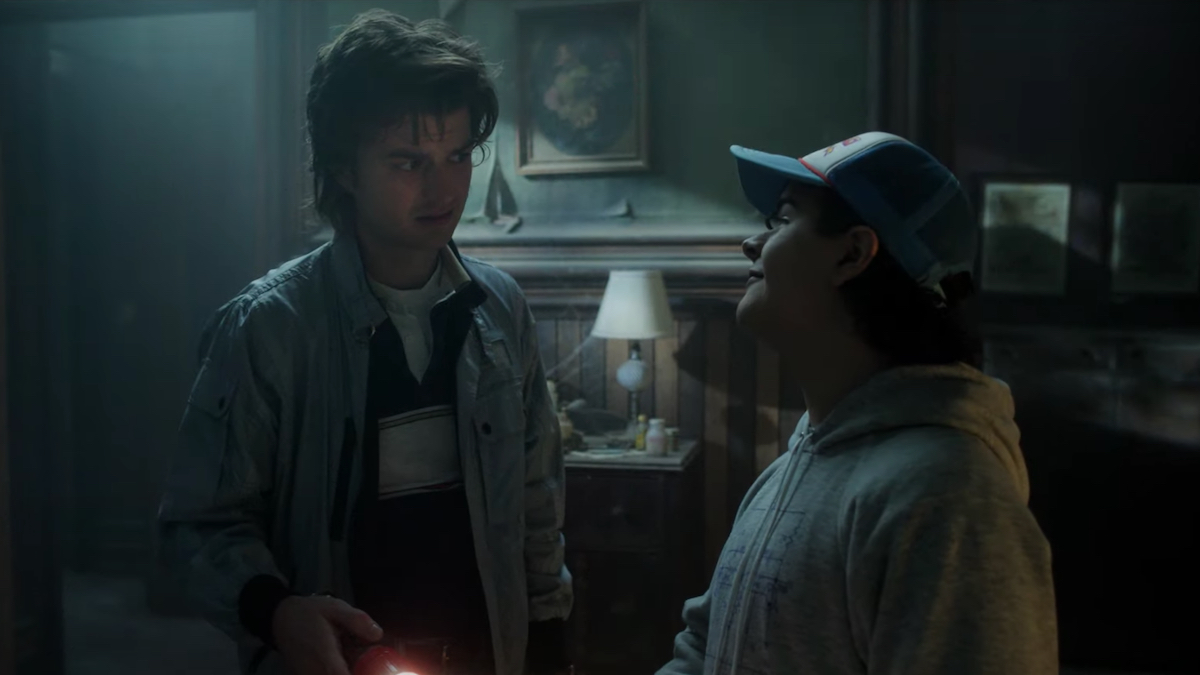 We’re one step closer to Season 4 of Stranger Things. At their global fan event TUDUM Festival today, Netflix unveiled a new teaser for the upcoming fourth season of the sci-fi thriller, which is scheduled to premiere sometime in 2022. It appears this season might provide a little more context into Eleven’s telekinetic abilities.

The trailer starts with a throwback to the 1950s, set to Ella Fitzgerald’s rendition of “Dream a Little Dream of Me.” All seems fine and dandy among this anonymous nuclear family, until things start to go haywire. The scene then jumps back to the ’80s, as Steve Harrington (Joe Keery) and his children — uh, we mean, friends — search for clues in the now-abandoned house the family once inhabited. Look closely, and you can spot Maya Hawke reprising her fan-favorite character, Robin, who was introduced in the previous season.

After lengthy pandemic-related delays, Netflix confirmed the 2022 release date for Stranger Things 4 last month. Aside from Hawke and Keery, fans will be pleased to know that most of the regular cast members will be returning as well, including Millie Bobby Brown as Eleven, Finn Wolfhard as Mike, Winona Ryder as Joyce, Noah Schnapp as Will, Gaten Matarazzo as Dustin, Caleb McLaughlin as Lucas, Sadie Sink as Max, Natalie Dyer as Nancy, Charlie Heaton as Jonathan, and Matthew Modine as Dr. Brenner. Check out the latest trailer for Stranger Things 4 below.

This weekend’s festivities at TUDUM also included the announcement of a new Kanye West docuseries, also coming to Netflix.