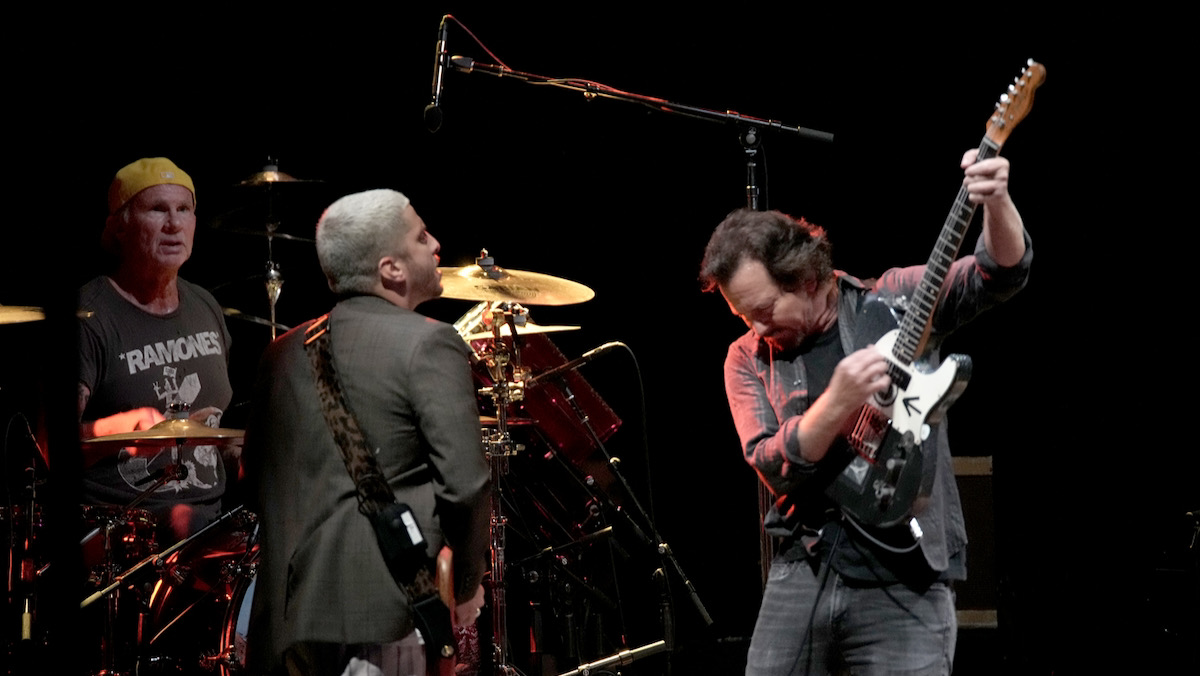 After Kings of Leon were forced to cancel their headlining set at Ohana Festival due to the death of the Followill brothers’ mother, the festival’s founder, Eddie Vedder, stepped in as a last-minute replacement. Joined by a backing band that included Red Hot Chili Peppers drummer Chad Smith, ex-Chili Peppers guitarist/current Pearl Jam touring member Josh Klinghoffer, bassist Pino Palladino, Glen Hansard, and Andrew Watt, Vedder performed an 11-song set that leaned heavily on covers and some Pearl Jam staples.

After kicking off the set with performances of R.E.M.’s “Drive” and Pearl Jam’s “Long Road,” Vedder offered his condolences by playing KOL’s 2003 track “Molly’s Chambers.” He then offered the first public performance of his new solo single “Long Way,” and was joined by his 17-year-old daughter, Olivia, for a rendition of “My Father’s Daughter,” from the Flag Day soundtrack. Watch fan-captured footage of the concert and see the full setlist below.

Vedder will return to the stage as a headliner Saturday, and again with the rest of Pearl Jam on Sunday. Earthling, Vedder’s first solo LP in ten years, is set to arrive soon, though its release date is still TBD.