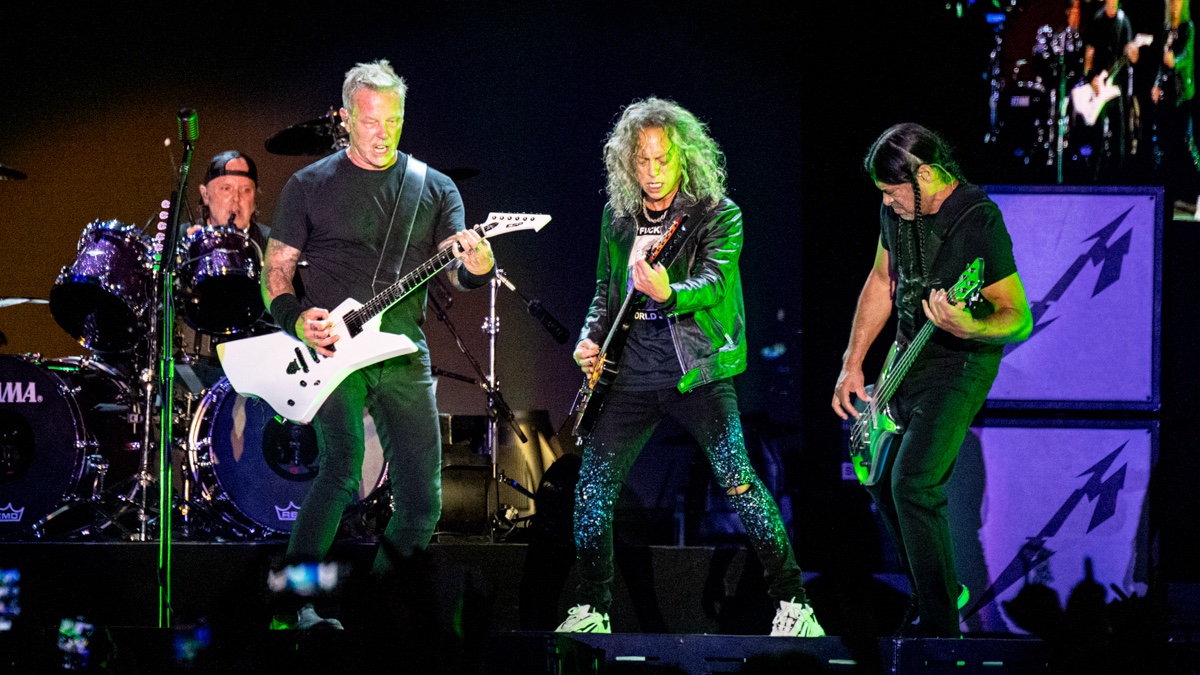 Metallica treated fans at Louder Than Life to a full performance of “The Black Album” on Sunday night (September 26th). In honor of its 30th anniversary, the metal titans played the mega-selling LP from back to front at the festival Louisville, Kentucky.

The gig was Metallica’s second of the fest, having been booked to play two distinct sets on Friday and Sunday night. On Friday, Metallica played no songs from “The Black Album,” perhaps hinting that a full album performance was coming on Sunday.

The Sunday set started with three songs from other albums — “Hardwired,” “The Four Horseman,” and “Welcome Home (Sanitarium).” Then, a 30th anniversary “Black Album” interlude was played with video images of the band members (including former bassist Jason Newsted) before Metallica launched into the 1991 LP’s closing track “The Struggle Within” (played for the first time since 2012).

Friday night’s show featured a career-spanning setlist (minus “The Black Album”), including three songs from Ride the Lightning and no more than two songs from any other album. The performances of “For Whom the Bell Tolls” and “No Leaf Clover” were aired as part of Saturday’s Global Citizen festival broadcast.

Earlier in the evening at Louder Than Life on Sunday, Metallica’s Kirk Hammett joined Judas Priest onstage for a metal rendition of Fleetwood Mac’s “The Green Manalashi.”

Metallica’s full performance of “The Black Album” is the latest 30th anniversary celebration of the top-selling album of the Soundscan era (17 million copies sold in the US alone). Earlier this month, Metallica band released a super-deluxe box set edition of “The Black Album,” as well as The Metallica Blacklist, a compilation of more than 50 covers of the LP’s 12 songs by artists such as Miley Cyrus, Elton John, Corey Taylor, Ghost, and more.

See the setlist and the intro to Sunday’s “Black Album” set, as well as Kirk Hammett jamming with Judas Priest, and the Friday performances that aired on the Global Citizen broadcast below.

The Black Album (in reverse order):
The Struggle Within
My Friend of Misery
The God That Failed
Of Wolf and Man
Nothing Else Matters
Through the Never
Don’t Tread on Me
Wherever I May Roam
The Unforgiven
Holier Than Thou
Sad but True
Enter Sandman