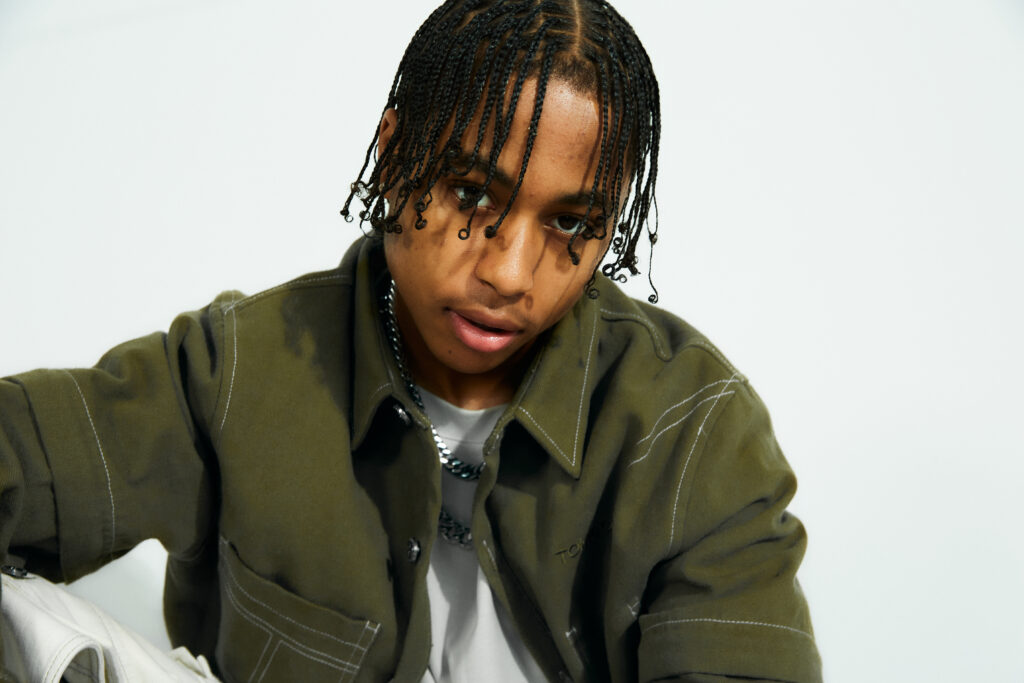 “Gaslight” finds the 18-year-old crooning about a complicated relationship that is fueled by lust instead of love. The situation becomes toxic for him as he tries to leave, but his partner finds ways to keep him around.

“You think it’s love but it’s obviously lust / Playing with emotions / Feelings ain’t the same / I look like the bad guy / Hate to be that way,” he sings over a mellow production.

Derby, who co-wrote and co-produced “Gaslight,” shared how he’s able to channel his feelings into his music.

“My musical inspirations are boundless, I can listen to Prince and Michael Jackson in the same sitting as The Beatles and Tyler, The Creator. What they have in common is the ability to evoke emotion, and that’s what I try to do with my own music,” he explained in a statement.

He added, “For ‘Gaslight’ it was about making sure the person listening felt okay not knowing what to call their ‘situation.’ And that sometimes uncertainty can be exactly what you need in the moment.”

Although “Gaslight” runs under three minutes, it’s enough to get a sense of the potential Derby has to connect with listeners through relatable and catchy lyrics.

What’s more fascinating is he isn’t afraid to be vulnerable like his labelmates 6LACK and Summer Walker. He makes that apparent on “Love Song,” a sampler that is packaged with his debut release.

Here, he is sprung over a girl who is playing hard to get. “I love how you make me feel / So fire I just can’t chill / I wish you would keep it real with me / You know that I’m your type,” he sings.

Check out Eli Derby’s single “Gaslight” and his “Love Song” sampler below.