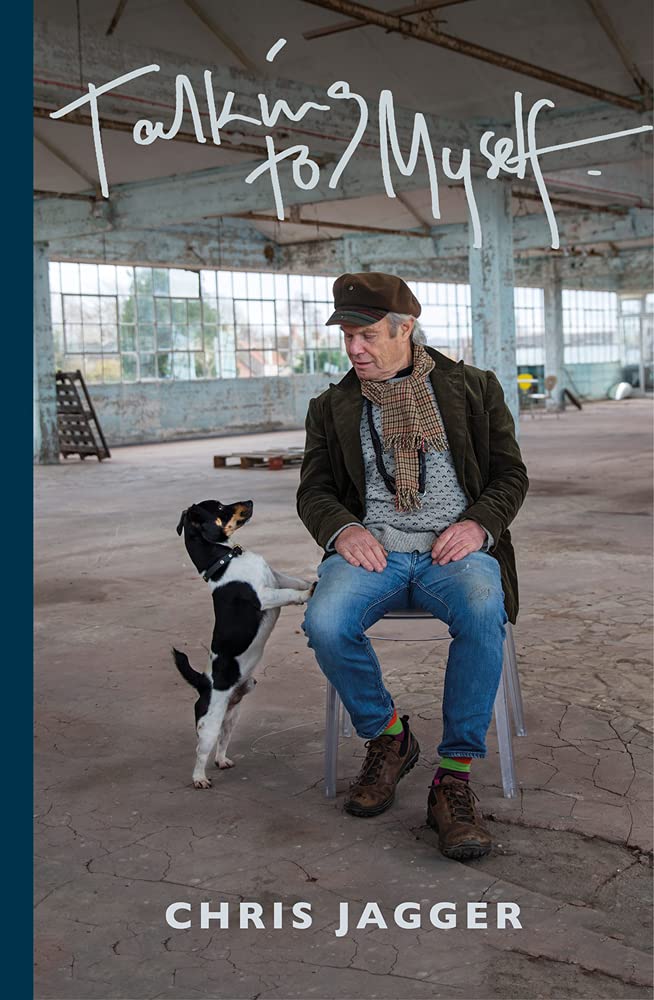 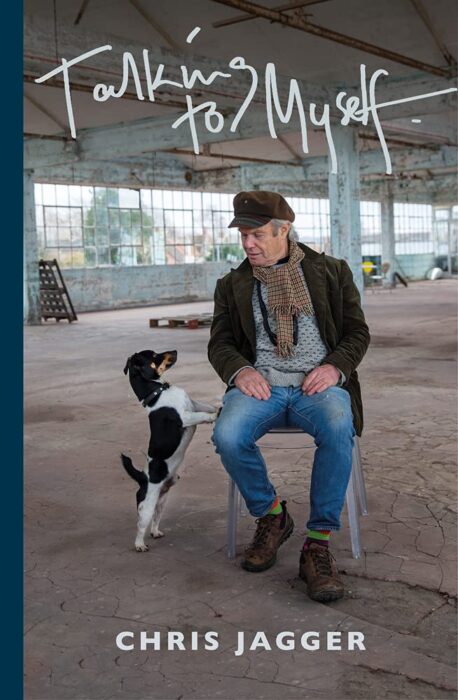 Chris Jagger – Talking To Myself

An engaging Lockdown-nurtured account from Chris Jagger about his many journeys and adventures over the years. And of course, there’s a fair amount about a certain older brother. It’s an interesting tale that emerges. By the end of the book I was convinced that being Mick’s Brother certainly hadn’t provided him with any advantages, if anything the reverse. Equally, it’s easy to think of Mick Jagger as living a hyper-detached international in a zone elevated way above us ordinary mortals, so it’s interesting to meet him here as still very much a family focussed guy, coping with mundane issues, and with a lot of anecdotes involving their parents and their own prodigious amount of kids.

There’s nearly a five years age gap between them, so the Stones were already making their mark while Chris was still at school. It was only natural that he’d develop a precocious interest in Blues/R&B, and there are some good in-depth accounts of the live music scene of the mid’60s, as the new order gradually challenged the rigidity of the old showbiz moguls and record companies, while the later mass cultural upheavals bubbled away and hair got ever longer.

There are some interesting insights into the group’s development, particularly the gradual estrangement and ousting of founder member/leader Brian Jones. Apart from supporting the usual narrative, that he simply got too out of it to handle the group’s rapid ascent, Chris makes good points about group dynamics, where a pair of writers (see also Lennon & McCartney) will usually trump a solo writer (compare the amount of their songs to George Harrison’s on the albums). He’s frank too about how Brian was abandoned once he’d left the group, with more hints about dubious company and a never fully explained death.

The book certainly isn’t any kind of kiss’n’tell scandal fest – there were quite a few times when I was really wanting him to – if not dish the dirt – go into a bit more detail (around the Nellecote era, for example). There are plenty of tantalising moments – discussing a joint music project, he mentions Little Feat guitar man Lowell George and his problems with coke which are common knowledge. I guess I was wanting a bit more nuts’n’bolts about what it was like working with a legend like him. But the Stones “omerta” holds sway, so if you’re after blood changes in Swiss clinics, why Mick Taylor left, or all the goss about Bianca Jagger, look elsewhere.

Apart from the immediate Stones’ entourage, there are some interesting appearances from characters as diverse as Pete Townshend, “earth mysteries” expert John Michell, and Stones’ groupie Gram Parsons to name a few. In fact a lot of the most enjoyable parts of the book are where the narrative breaks away completely from Mick and the group. The Hippie Trail chapters are a particularly good evocation of a now lost scene – thanks to changes in global geopolitics – idealistic, generally naïve, Westerners setting out on ramshackle journeys to India, Afghanistan, and for the really hardcore, Tibet and Nepal – in search of … what? In true late 60’s style, there was an uneasy coexistence between the guru/meditation/ashram scene and the availability of huge amounts of very cheap high quality hash and opium. He sketches the scene really well, as weeks away turn into months and the UK/Western way of life become more distant. He doesn’t duck some of the trickier issues either – sexual harassment of women travellers, patronising attitudes to local people, or the risk of serious illness.

Threading through the book are his musical activities. He’s done plenty of albums and clearly loves playing live with a varying combination of long time musical mates. There’s a new album, “Mixing Up The Medicine” to tie in with the book. He’s also turned his hand to making music documentaries for BBC4 and Sky on his beloved Blues and Soul music, and done a lot of journalism, particularly an ongoing connection with the original Rolling Stone magazine. Chuck in a few not very enjoyable theatrical experiences and you’ll get an idea of the many tangents in this book.

Clearly, there’s a bit of an ‘elephant in the room’ element to the book in his relationship with big brother Mick. There’s certainly no musical nepotism or helping hands up the ladder – Chris’s career exists galaxies away from the Stones’ elevated orbit, pub gigs and side stages at Glastonbury rather than global mega tours. Sure, there are passing references to Mick “helping out” with a spare house or two, or funding a deposit but no-one chooses the family they’re born into, and you’d need to be really mean minded to expect any different. Equally, both men share the same background and love of music – one’s a megastar, the other knocks around on his small farm & does the odd bit of music… In the end, I guess it’s a case of ambition and one’s approach to life in general. Mick Jagger’s fierce ambition and competitiveness were evident early on. There’d be little point in his younger brother trying to rival and outdo him, so why not settle for a slower paced rural family life?

The charming cover pic of Chris Jagger in rough’n’ready country outdoor clothing, hanging out with his dog, nicely catches the ramshackle down-to-earth vibe of the book. There aren’t any sensational revelations here. Instead, it’s the story of how a creative and thoughtful guy makes sense of the weird situation he’s been born into and finds his way to a good life.

It’s a very nicely produced book too (apart from my perennial No Index moan!) clear easy to read print and some well chosen photos scattered through the text. All in all a nice addition to the body of Stones’ related literature, and a gentle prod to checking out some of his music.

All words by Den Browne, you can read more reviews on his author profile here: