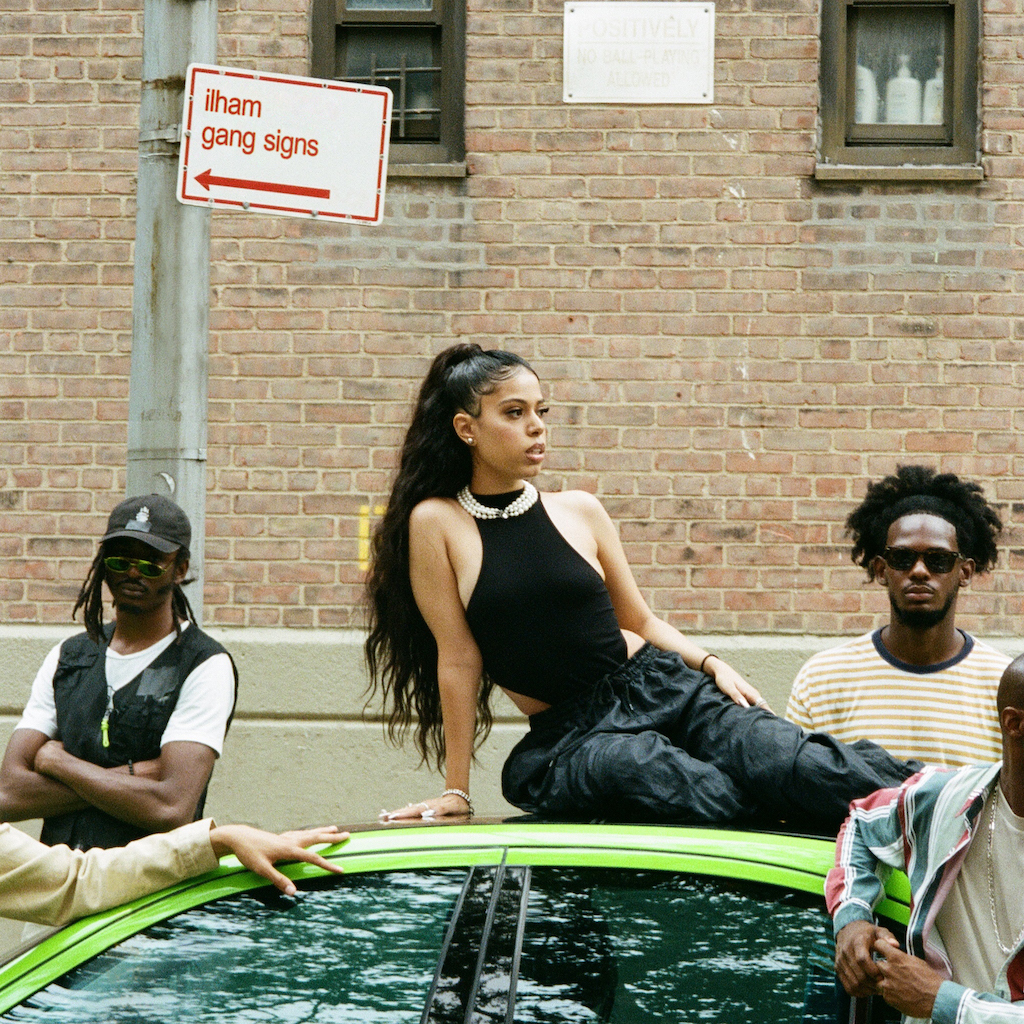 A year away from music, ilham steps back on the scene refreshed and equipped with a new song and video. In her latest track, “Gang Signs,” the most recent Def Jam signee sings about how she possesses this almost Medusa-esque aura that causes her love interest to fall weak, ensuing a glimpse into her irresistible eyes.

“I will waste your time / You know what I’m here for / Your not mine, not mine / Don’t look into my eyes / I cannot not pretend that Ima try, I won’t try,” she sings on the hook.

For ilham, the song’s guarded lyrics is aimed at both parties not getting too attached to a romance. She explained in a statement the song “is about loving someone, wanting to ride or die for someone, wanting to fully be immersed in someone’s world, but then also having a protective wall that doesn’t allow the both of you to fully give in.“

Lauren Dunn directed the accompanying visual, which arrived together with the song. Watch it above.

“Gang Signs” is credited as the first single from ilham’s upcoming project due in 2022. She previously released the EP, With Time, in 2019. Following its release, she appeared on the song “Boomerang” with Lloyd, which arrived before year-end.