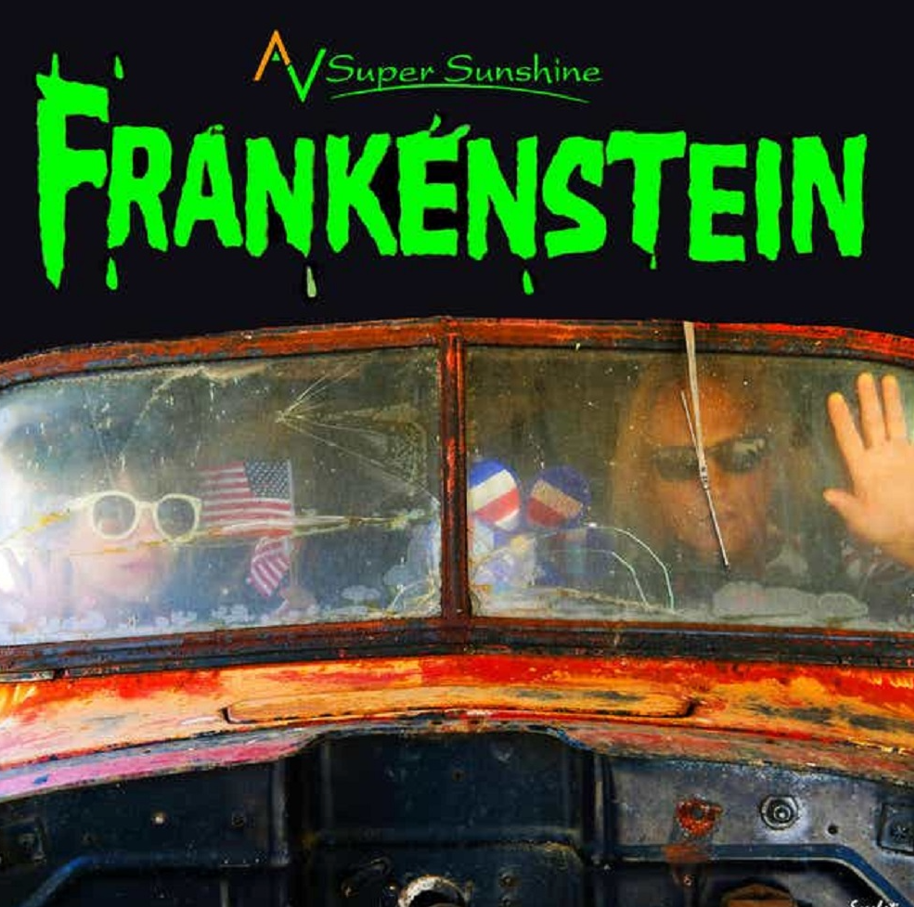 AV Super Sunshine crafts a love letter to the inner freak in all of us with their single “Frankenstein”. The third single they’ve dropped this year is a welcome display of the variety the group has always had, and this time a fun sinister and campy flavor. It sounds like something you’d hear at the RR from David Lynch’s Twin Peaks and actually shares some of that same off kilter energy that’s present in the directors musical work as well (Yeah, he does music. Weird right?). AV has never shied away from letting their freak flag fly, but this is probably the most overt they’ve ever been with lanky lumbering guitar that feels like Lurch from the Adam’s Family opening the door to a wonderfully demented coming of age tale of sorts.

AV spends a lot of time playing towards youth hood with mentions of the Little Monsters community which was born from Lady Gaga who gets a mention of sorts with the line “I am your Gaga, but not the radio kind”. Here, he takes command like a cult leader with all eyes on him as he spouts his rhetoric of being an individual. He carves up memories from his youth of his parents disliking the music he loved and how it was a sharp contrast from what they loved with some slight overlap. Mention of a Rolls Royce is frequent and the inner working like a vivisection and the affinity the singers Dad had for it. There’s something unsettling about it, but it portrays the fascination the singer has with the car effectively. The sounds of the song are a riff on 70s melodies with some creepy undertones. Usage of electronic noise helps to keep the listener in their towns and the pounding drum beat helps, even with some playful clapping that almost lightens the mood. It’s a rallying call and the way he says “Light up your torches and rev up your porches” feels like a battle cry.

The song is rife with metaphor and things to unpack and I can see some getting plenty of enjoyment from it. My only complaint is that while it’s an excellent mood dripping song, the repetition in the back end is a little underwhelming considering you want to get even more lost in this world built on nostalgia that AV has crafted. It’s not rose colored glasses as much as it is a defense to what made the band who they are. It’s a very personal turn and also ranks among the band’s best work in my opinion, even with its slight shortcomings. It’s less a Halloween song as the name might imply, but it feels like a perfect song for Fall, with the feeling of freedom, open windows, and a languishing sense of dread of whatever’s lurking around the corner. It’s also a shockingly sweet letter to LA, which is home to its own host of freaks that I’m sure will appreciate being seen in this masterclass in rock. It’s now streaming on most major platforms.