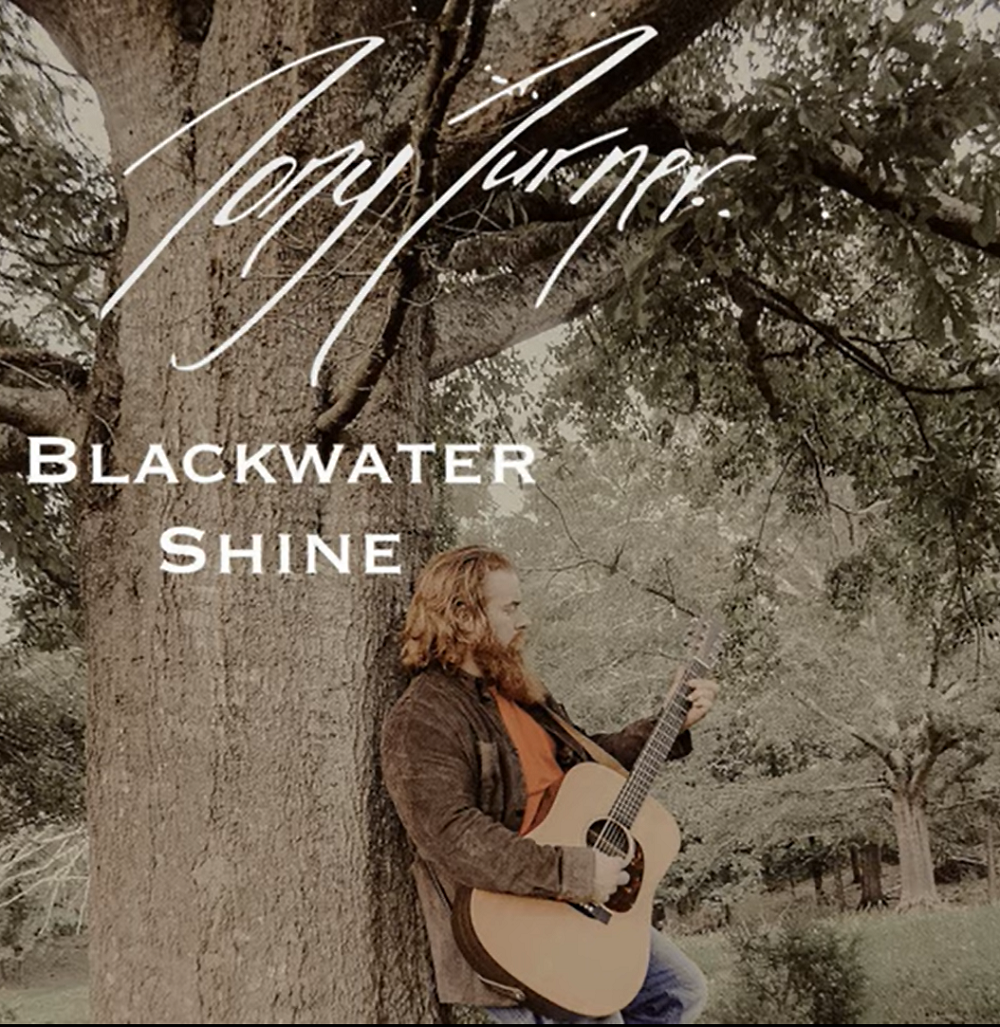 I can get with this song after a single listen. Tony Turner and the other talents responsible for Turner’s single “Blackwater Shine” understand what popular music should be about. It shouldn’t be about the fashion of the moment. It shouldn’t champion any other cause other than telling a story, in one way or another, that says something meaningful about our lives. This doesn’t mean it always has to be serious. Pain and play alike can be meaningful. The best songs are about the things in our life that last. Don’t believe it when people say nothing does because that is wrong.

The persistence of memory accompanies us to the grave. “Blackwater Shine” is a song about a lot of things but memories you cannot shake ranks high among them. It isn’t laboring with despair and regret, however, but instead has a sturdy and gentle stride carrying it through to its conclusion. Guitar is important to the song’s musical makeup but there’s several ingredients imbuing “Blackwater Shine” with its particular taste.

The gossamer-thin synth sounds present throughout the track nevertheless fill in some important gaps. Turner’s song emphasizes its airiness with excellent results, the song really breathes and never feels oppressive, but extra instrumental support is necessary to “ground” the cut some. The song’s piercing lead guitar, however, puts an emphatic exclamation point on the song that nothing else matches. It is wreathed in echo, but never overkill.

In fact, the song provides interested listeners with a brief lesson on using post-production effects. Turner uses these potential gimmicks with an even-hand always erring on the side of taste. It’s part of a curious overall mix of intangible authenticity and atmospheric affectation – we hear this use of echo, reverb, the light synthesizer glow, and they have an unnatural effect in some ways. Yet, in the right hands as here, it works wonderfully well and you never doubt it.

It’s the right length as well. Turner’s “Blackwater Shine” develops in a logical, coherent way and never asks for more from listeners than it should. The construction is seamless and never lingers. Songwriters Mike Hilliard, Eddie Wilson, and Jesse Brogdon are clear veteran hands at composing entertaining and musically substantive songs. They’ve written a knockout for Tony Turner’s single and it isn’t difficult to imagine this partnership could continue bearing fruit for many years to come.

It’s modern country without any of the negative connotations that implies. Even listeners who normally reject this music on general principle will likely respond well to this track. Turner, likewise, has to be practically salivating for a chance to perform the song for a live audience. It has the potential to move listeners in a way too few songs do today. It’s a perfect candidate, as well, for widespread radio play thanks to its inclusive sound and powerful writing. Tony Turner’s “Blackwater Shine” is an ever timely reminder of music’s abiding power to cast a spell. There’s no question many more moments like this are coming for this talented artist.

The music of Tony Turner has been heard all over the world in partnership with the radio plugging services offered by Musik and Film Radio Promotions Division.  Learn more https://musikandfilm.com