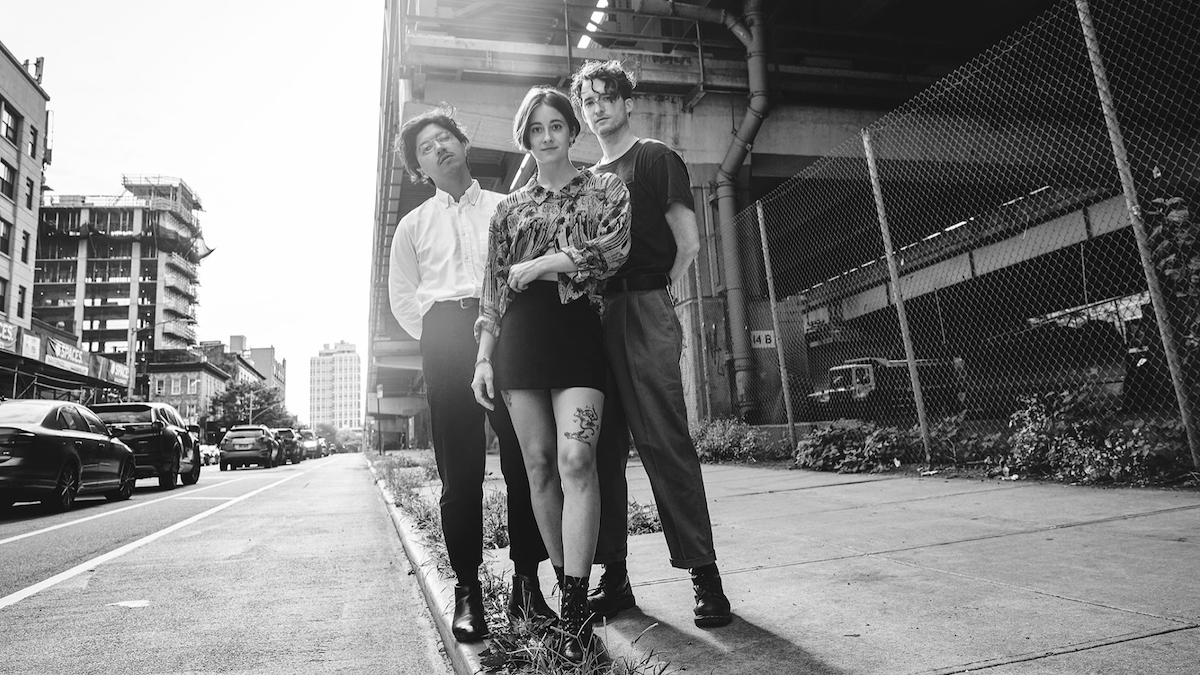 Buzzy Brooklyn synth-poppers Nation of Language have unveiled the new song “The Grey Commute.” The track appears on their sophomore album A Way Forward, due out November 5th.

The song is built on danceable drums and a thumping bass line as sturdy and shimmery as a skyscraper. Corporate capitalism, with all its pitfalls and seductive beauty, is that the heart of “The Grey Commute.” Songwriter Ian Devaney sings of “Eyeing the mask/ Singing at last/ Consume and collapse/ It’s violence, violence,” and as the track becomes more irresistible, the lyrics tilt towards a wild frenzy.

“And there’s a foot on your throat,” he wails at the climax, “That you’re fighting to undermine/ There’s gonna come a time/ They’ll get what they’re owed/ It’s a crime!”

In a statement, Devaney explained that “The Grey Commute,” was written in response to Trump-era policies dedicated to “our cultural addiction to meaningless consumption.” He wrote,

“In some ways ‘The Grey Commute’ is one of the more upbeat songs of the record, but in truth it’s one that was born out of much more depressing stuff. As I was working on the lyrics I had a kind of fixation on terrible tax policies, our cultural addiction to meaningless consumption, and it all got swept together into this punchy, kind of fun track.

“To give a sense of time: the Republican tax plan, under which we’re currently living, was just being passed and it was pretty clear just how mind-bindingly stupid it was. Such deep cuts to the taxes of the hyper-wealthy and corporations were both shocking and not shocking at all, and it was difficult to comprehend that anyone thought it wouldn’t lead to the exacerbation of the inequality and instability that defines our time. But here we are. You can see everything I felt then pretty clearly represented on the page when absent any backbeat and melody, but the rant gets dressed up a bit with some bounciness on the final cut to help serve as a bit of a Trojan horse to hopefully get the sentiment across.”

The song comes with a music video directed by Gary Canino. It shows Devaney as a corporate drone getting stalked by his bandmates Aidan Noell and Michael Sue-Poi, who are dressed in threatening suits and shades like something out of The Matrix. Check out Nation of Language’s “The Grey Commute” below.

A Way Forward lands November 5th, and pre-orders are ongoing. Previously, the band shared the singles “Across That Fine Line,” and “Wounds of Love,” which we included in our Song of the Week roundups, as well as “This Fractured Mind,” and “A Word and a Wave.”

The band is touring the US through the end of October and kicking of a European trek in January. Tickets are available through Ticketmaster.