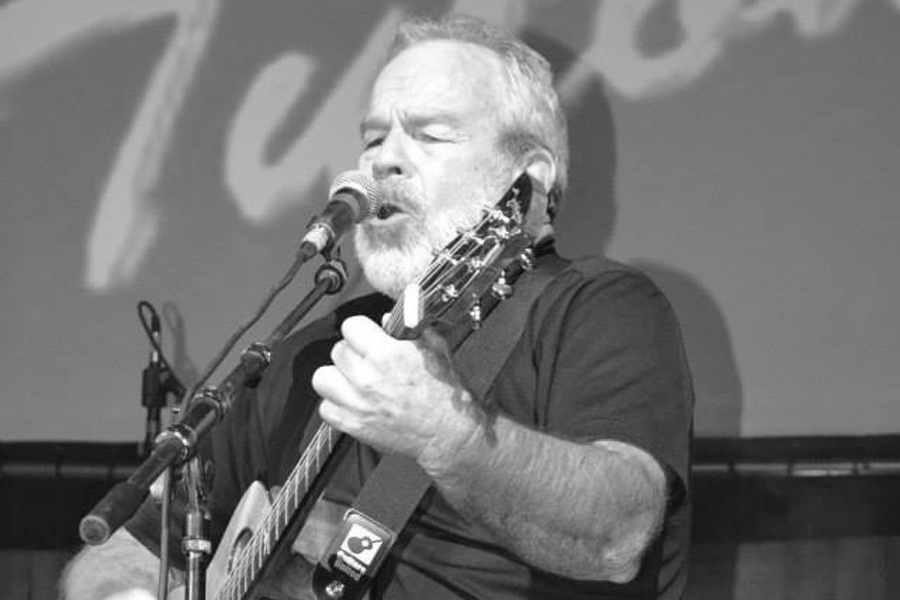 Stephen Wrench’s long journey through the wild and wooly world of popular music and rock ‘n’ roll has seen him wear several hats. He has enjoyed success as a musician and singer, tour manager, songwriter, and promoting other artists. It has been a while since listeners heard from Wrench the songwriter and musician, but his new single “Plow” reminds us that Wrench, above all else, is a creator.

He’d write songs even if no one else ever heard them. This is that sort of songwriter, driven by a passion for creating, someone in love with three chords and the truth. “Plow”, at the end of the day, is a love song. It’s a thoroughly in-your-face, brash, and physical love song, laying its attention on you like a blanket, but a love song, nonetheless.

“Plow”, co-written with Anna Cadle, opens with a simple but effective guitar riff. He adds enough distortion to give the track added bite but the sound transitions once the verses begin. Wrench introduces chugging acoustic guitar into the track, and the energy in the playing underlines the heartfelt tone of his voice. It’s an excellent introduction and opening for the song.

The song’s sentiments are clear and relatable. Anyone who has ever experienced the flush love produces will know the longings Wrench describes during “Plow”, but the presentation misses some of the track’s potential. Many listeners will wish for a rethinking of the acoustic and electric guitar mix. It’s a track capable of achieving a “Brown Sugar”-like relationship between the instruments and occasionally misses the mark.

Some aspects of this track remind me of a demo. This isn’t a slight – it’s the raw and assertive approach of “Plow” that’s reminiscent of a song demo rather than a polished production. It’s ragged but right and, within the genre of county/Southern rock, fitting. This is a song unafraid to dirty its hands and uninterested in bloodless technical excellence. The undeniable zest in Wrench’s voice is never studied or calculated but, instead, an inspired response to the music.

Wrench has a near half-century ride through popular music in his rearview mirror. He hasn’t slowed down, however, and he’s far from ready for a rocking chair. “Plow” is not an old man’s song. It looks towards tomorrows full of possibility rather than yesterdays it cannot revisit. The pacing of the arrangement, always “plow”ing ahead, gains a burst from his enthusiastic musicianship. The song has a familiar structure but Wrench fills it with his confident personality.

It’s good to hear a lion remind us what makes them a lion. “Plow” isn’t any kind of pyrotechnic demonstration of musical skill, or a slave to the latest fashion. It’s sturdy and sincere rock ‘n’ roll with zero frills and a fire in its belly. Stephen Wrench’s music lives in the moment, the ever present now, but likewise conjures echoes of almost a half-century of rock as effortlessly as breathing. His new single has something for everyone – hard-nosed authenticity, musicality, accessibility. It’s a track anyone can get behind and its only agenda is expressing itself and entertaining listeners. We need more of that in this world.