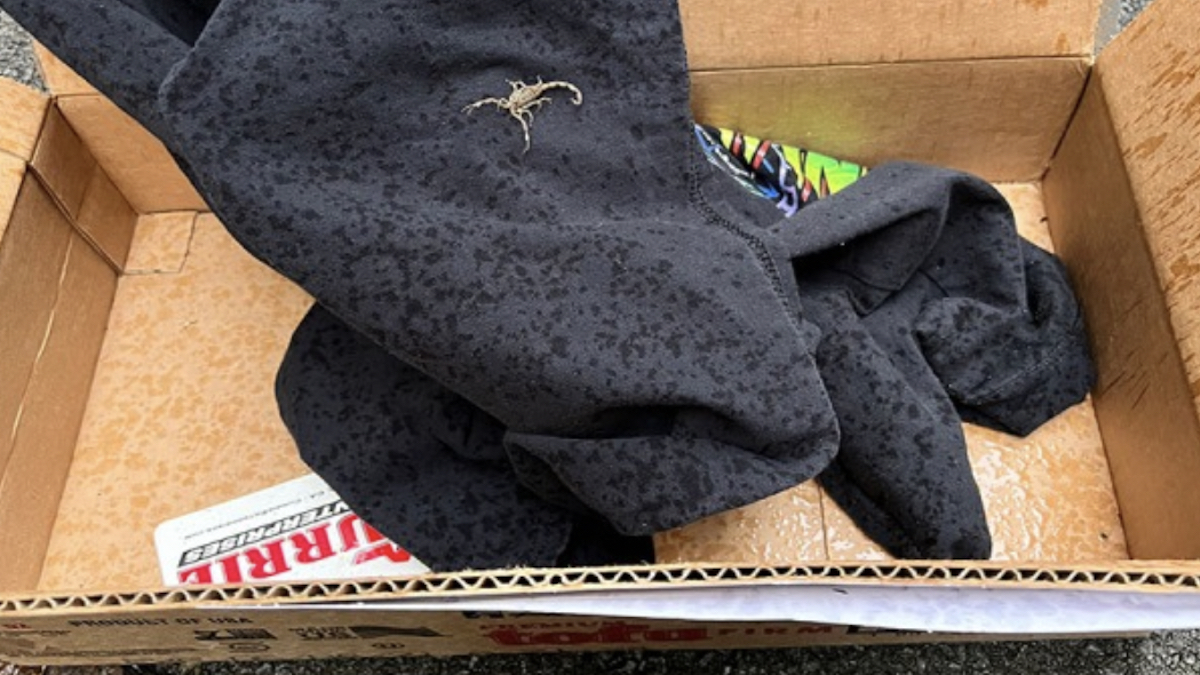 In what is either a shocking accident, a disturbing personal attack, or a new frontier in music criticism, Joywave drummer Paul Brenner received a package containing live scorpions.

The news was first reported by News 8 WROC and has since been confirmed by Consequence. Brenner had ordered a Spider-Man t-shirt through Depop that shipped from Hawaii to his home in Rochester, New York. When he opened the package and picked up the shirt, he found something strange.

“At first I thought it was like a tick, or something,” he said to WROC. “I mean, they were really small.” Brenner counted eight little bugs before spying one very big one. “That’s when I realized, ‘no, that’s a scorpion.’ That’s when my shirt left my hands and went into the box.”

As Brenner told Consequence, “I didn’t appreciate it.”

He called 311, and Rochester law enforcement appeared on the scene. “The cops seemed to love it,” Brenner said. “More kept showing up, they had their phones out, some of them were saying ‘I’ve never even seen a scorpion.’” Police believe the inclusion of the scorpions in the package was unintentional.

Brenner was away from home when the box arrived, though his cat was home, which caused him some anxiety. “That’s almost the scariest part,” he explained. “Because, you know, I have a cat. My roommate was home all weekend. And to know that there were live scorpions, feet from my sleeping cat, and I wasn’t there, that’s just creepy. ‘Tis the season I suppose.”

Brenner seems to have found the humor in the situation, and on Twitter he posted a sketch of himself reclining on a sunglasses-wearing scorpion. Hopefully some combination of law enforcement and animal control will be able to separate the arachnids from the clothing. Imagine going through all that hassle, and afterwards he doesn’t even get to wear the shirt? Now that would sting.

Imagine being the person who got shipped scorpions in Western NY lol https://t.co/sUgj3axlVS