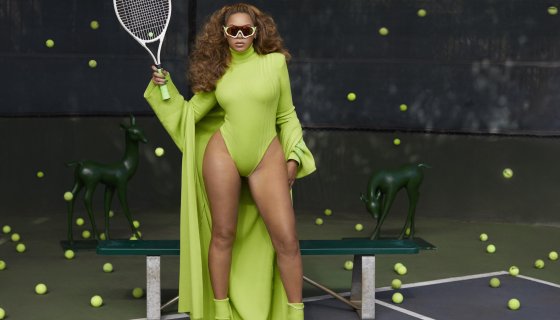 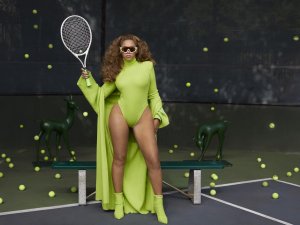 Beyoncé typically stops the world anytime she makes a creative move, and that much is true for a new collection she’s unveiling via her adidas X Ivy Park collaboration. Introducing the “Halls Of Ivy” collection, the video for the campaign features a number of notable celebrities showing off the new wares.

Shot in the high-end style one should come to expect with the Houston superstar, the casting of the spot is almost perfect with Green and Harden’s swagger along with Beyoncé’s effortless confidence shining throughout. Several other models donned the colorful array of pieces and it’s already clear that this will be another hot seller for the adidas X Ivy Park line.

While Blue Ivy has been out in front of the camera for some time, it’s rare to see her little sister, and the family looked sharp in their matching checkered bodysuits. The high-energy spot also featured dazzling action shots meant to show off the styles at all angles.

The Halls Of Ivy collection of just under 90 apparel styles, four footwear offerings, and 11 accessory pieces. Beginning on Dec. 9, the pieces will be sold exclusively on the adidas app and released wider the following day.

Standout items include a bodysuit, the Super Sleep Boot, a puffer jacket, and the Savage sneaker, which comes in three bold colors, all of which are featured in the campaign clip.

Learn more by following this link. Keep scrolling to see the video and images of the line.