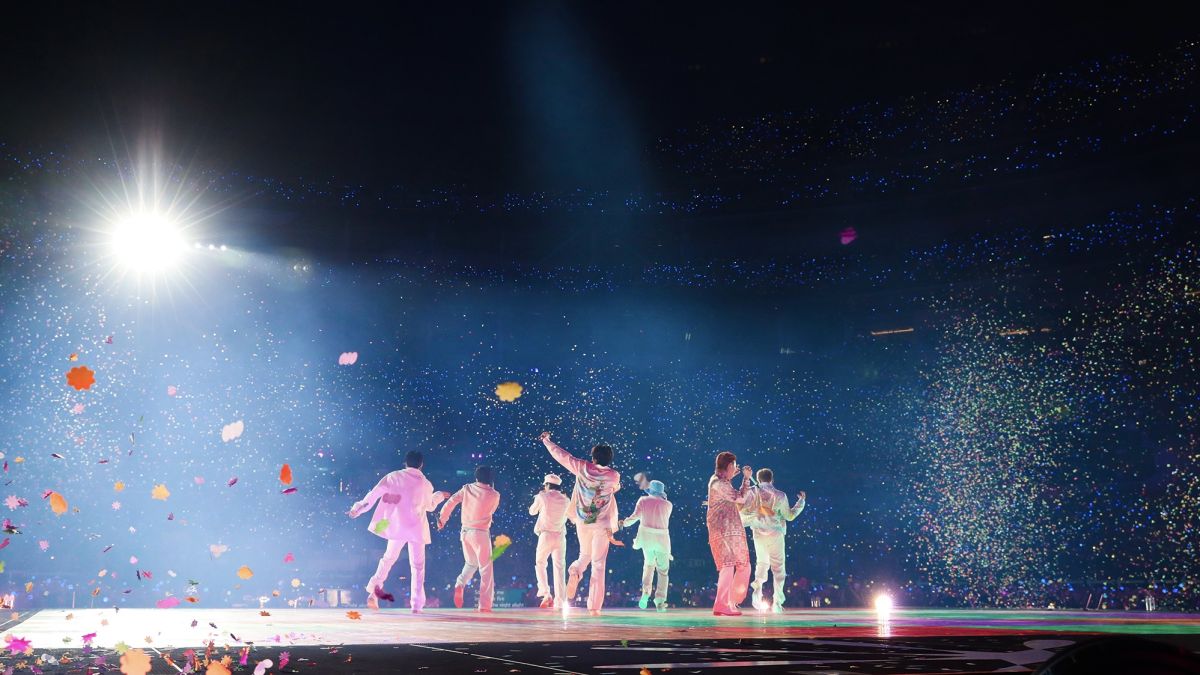 While recently accepting the award for Artist of the Year at the American Music Awards, BTS’ leader RM (also known as Kim Namjoon to those familiar with the rapper and writer) had the following to say: “No one would have bet that we would be here tonight to receive this award — except for our ARMY.”

He’s not wrong. On paper, or even on video, 2013 BTS is a collection of definite underdogs. Eight years later, despite xenophobia, detractors, minimizers, and a global pandemic, the group has arrived a the top of the world, thanks to some really great music and an authentic commitment to kindness.

Few would have put money on BTS of yesteryear being where they are now. Some things just have to be seen to be believed.

That winding journey has now brought them here, to a four-night run of sold out shows at Los Angeles’ mammoth SoFi Stadium. The evening of December 1st kicked off the latter half of the brief residency which wraps tonight, December 2nd. This set of shows may be coming to an end, but it’s clear that BTS has only just begun their triumphant return to live performances.

This writer’s road to SoFi Stadium began in an airport parking lot 2,000 miles away at 4:45 a.m. These four dates offer BTS’ only live performances of 2021, and people are flocking from across the country — and even parts of the globe — for the chance to catch the act in person for the first time in nearly two years. From the parking lot to the airport gate to the lobby of the hotel in Los Angeles, a purple pilgrimage was underway. 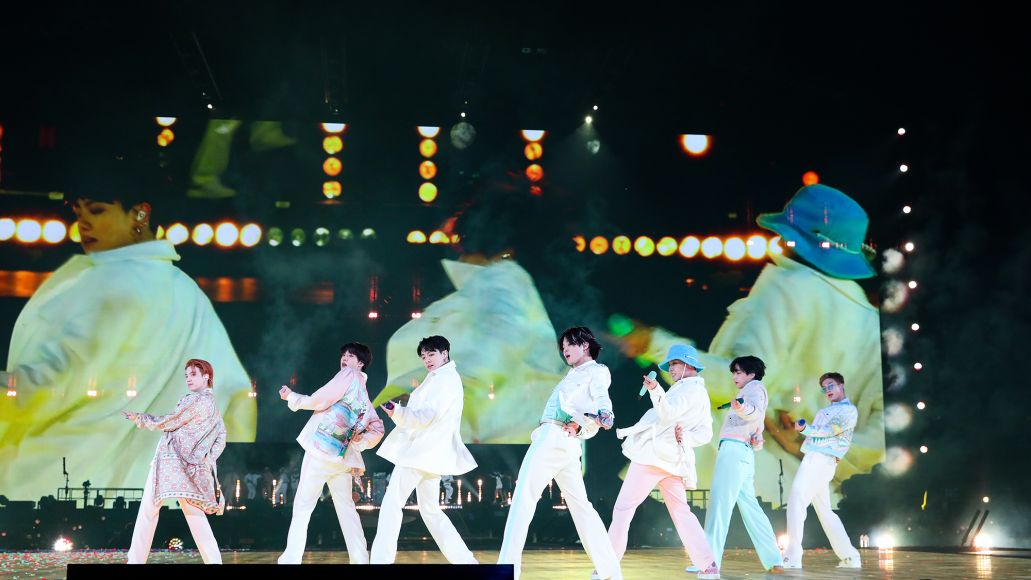 It was reminiscent of a festival and the sort of crowds that descend on a city for events like Lollapalooza or Bonnaroo, where a quick glance is enough to confirm someone’s purpose in the city. What’s remarkable here is that one act managed to pull that kind of audience on its own.

RM made sure to mention the significance of the number three in South Korea, referring to it as a lucky number, while introducing the third show in this run. The set ran through stadium-ready bangers previously shelved by the pandemic (like the thunderous “ON” or the ‘90s-drenched “Dis-ease”) through the group’s foray into all-English tracks (smashes “Dynamite” and “Butter”) and a generous inclusion of some of their classics and greatest hits.