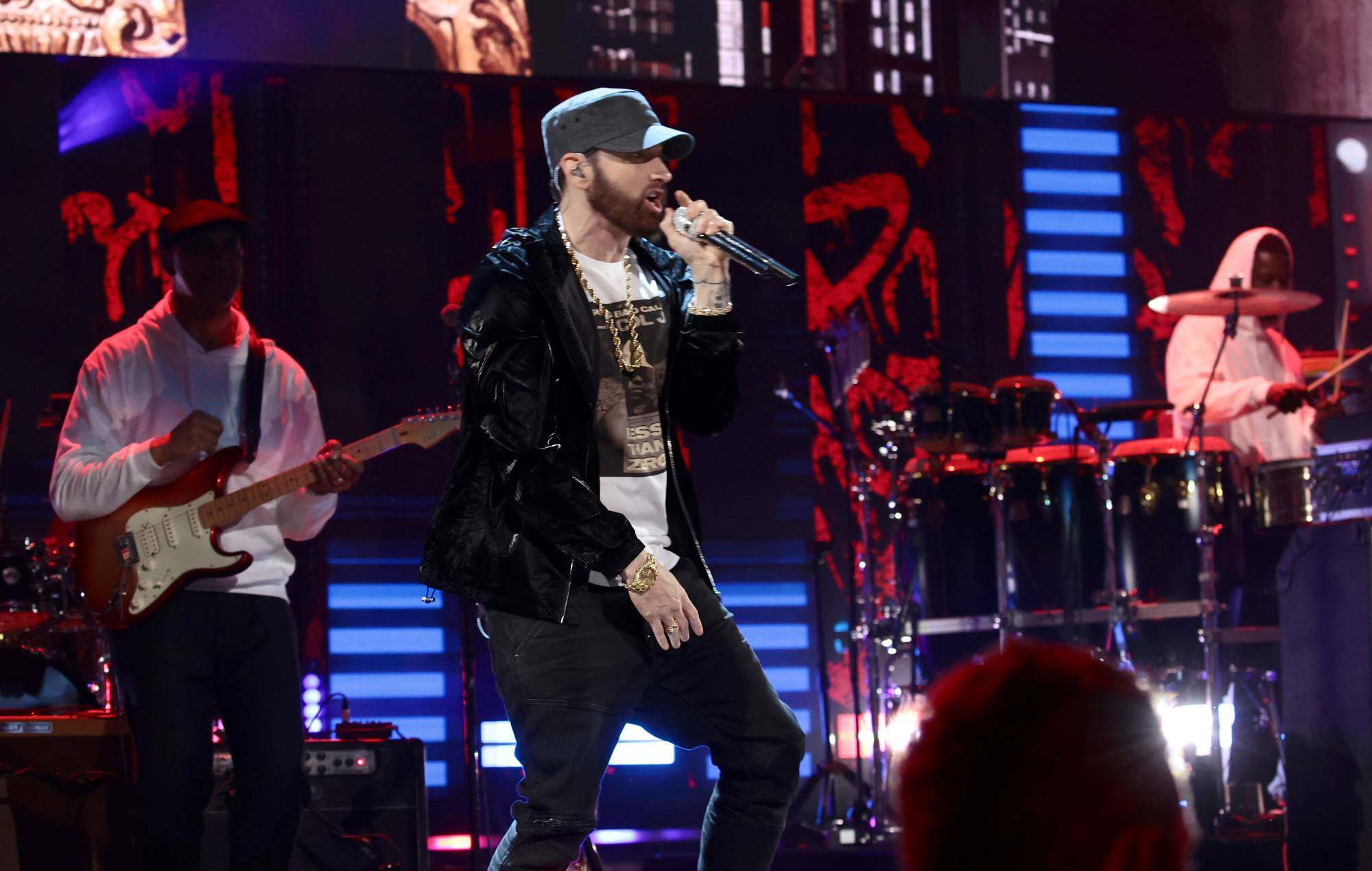 Eminem‘s daughter Hailie Jade Scott Mathers has shared a post on TikTok revealing that her dad is among her most listened to music of the year. See the video below.

In the TikTok, the 25-year-old lip-synched to The Real Housewives of Potomac star Wendy Osefo talking about being a Nicki Minaj fan, with the text “What??? Do I listen to my dad’s music?”, followed by a caption reading: “I think my dad’s gone crazy”.

She then shared a screenshot of her Spotify Wrapped, which revealed that she was in the top 3% of her dad’s listeners. The feature, which launched yesterday (December 1), allows users to look at their most-streamed artists, songs, albums, genres, playlists and podcasts over the course of 2021. Spotify users can access their Wrapped data by logging in here.

Eminem was recently labelled an “underappreciated” artist by Drake, who shared photos of Eminem’s performances on the ‘Up In Smoke Tour’ on his Instagram. “Man this guy is underappreciated,” Drake wrote, tagging Marshall Mathers’ official account.

In other news, Eminem dropped a surprise range of new merch, including collectible action figures and all-black clothing as part of his Black Friday collection. The figurines and apparel can be found via Eminem’s website, but all items have already sold out.

The rapper also opened his Mom’s Spaghetti restaurant in Detroit back in September, personally serving the first ten customers himself through the walk-up window. Speaking of his favourite menu item post-launch, the rapper said it had to be the spaghetti sandwich.

“It’s definitely some white trash shit. I still eat it today,” he said, adding, “don’t even eat a bite of your spaghetti until you put it in the bread, because otherwise you’re gonna ruin the whole fucking thing.”

‘Pam and Tommy’ Includes Chat Between Tommy Lee and His Penis
Terry Tolkin, Who Brought Stereolab and Butthole Surfers to Major Labels, Has Died
Every Time I Die’s Steve Micciche Shares His Side of the Breakup in Detail
10 Tips for Learning How to Play an Instrument
Mastodon’s Brann Dailor Contracted Covid-19 on Tour with Opeth