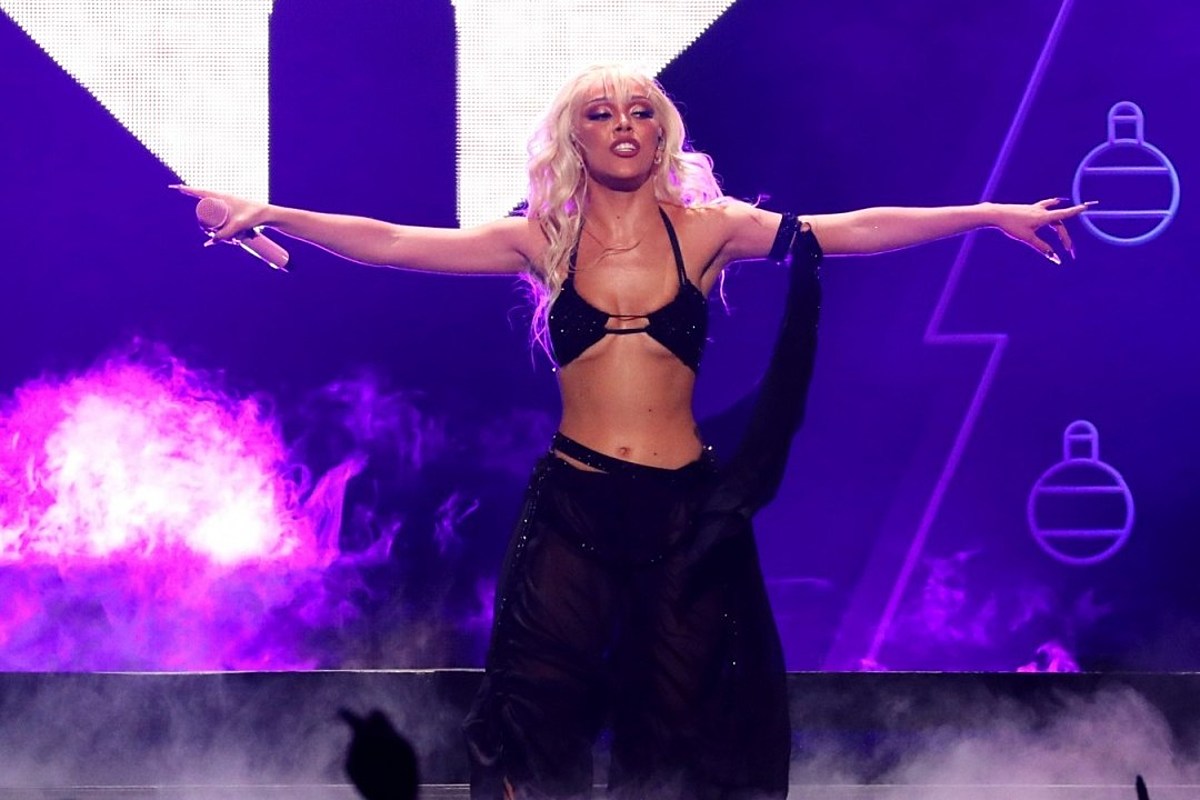 On Tuesday (Nov. 30), some of the hottest musicians in pop music and beyond gathered in Fort Worth, Texas at Dickies Arena for the first concert in iHeartRadio’s holiday series.

Here’s how it all went down, according to social media…

During Dixie’s set, her sister and fellow TikTok superstar Charli D’Amelio joined her onstage to dance alongside her backup dancers. Dixie and Charli actually attended the 2019 Jingle Ball Tour as fans, which made this an extra special full-circle moment.

Social media raved about Lil Nas X and his backup dancers, who all wore matching futuristic cowboy costumes. The rap-pop star and his dancers even had a Rockettes moment when they made a line and began to do a choreographed two-step dance.

Meanwhile, Doja Cat took fans to Planet Her with an unforgettable headlining set. She performed all of her viral hits, including “Say So,” which the crowd enthusiastically sang along to.

If you can’t catch the tour in-person, the New York City Jingle Ball stop will be filmed for a special set to air on The CW. The concert will air on The CW on Thursday, Dec. 15 at 8 PM ET, and will be available to stream on The CW app and CWTV.com.

Below, check out 21 pics from the opening night of iHeartRadio’s Jingle Bell Tour 2021 which kicked off in Fort Worth, Texas on Nov. 30.