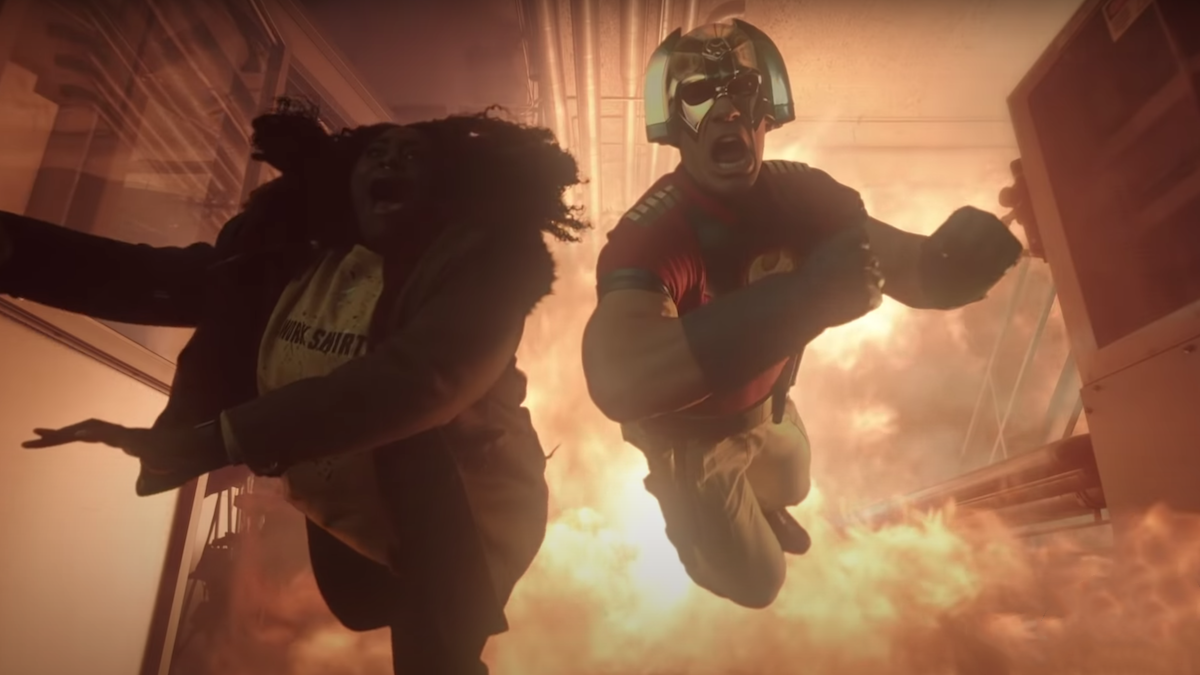 After releasing a first-look preview during October’s DC FanDome event, HBO Max has today shared the official trailer for the upcoming The Suicide Squad spin-off Peacemaker.

The new trailer shows that something has changed in John Cena’s antihero since he had that building fall on him in his film debut. Along with his dimwitted buddy Vigilante (Freddie Stroma), he’s back working for the government taking out threats to the American way of life. But as he deals with reconnecting with his impassive, disparaging dad (Robert Patrick) and a group of mysterious zombie-like targets dubbed “Butterflies,” it’s not so easy for ol’ Peacemaker to pull the trigger.

“I dunno, lately I’m having feelings about things,” Cena’s Peacemaker says. “Maybe I’m a grower, not a shower… An individual you don’t like, and then you learn to like.”

“You’re comparing yourself to a chode!” his dad replies.

“Not in a bad way,” Peacemaker insists.

He may be going on a different emotional journey this time around, but he’ll still make sure the enemies of freedom “eat peace” by blowing them up with a grenade tied to a Russian tank shell. Check out the official Peacemaker trailer below.