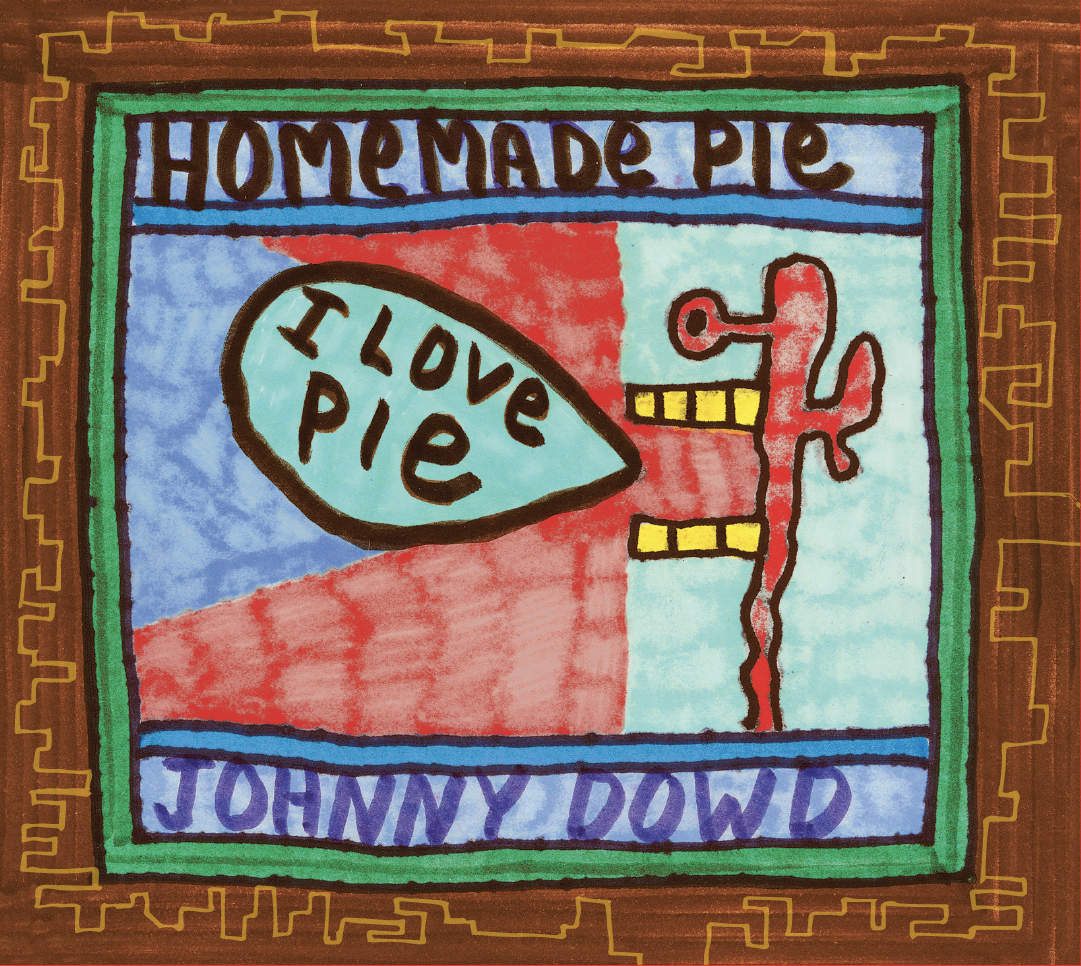 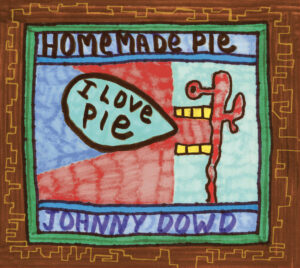 Johnny Dowd returns with a fresh serving of Homemade Pie. Andy Brown cuts himself a hefty slice and reviews the album for Louder Than War.

Who is Johnny Dowd? He’s the outlier, the outsider and the finest American songwriter you’ve quite possibly never heard. Dowd is a psychedelic Johnny Cash, he’s Dylan with a funk fixation. He’s the poor but proud poet out on a trout fishing expedition with Richard Brautigan. Dowd is the self-styled ultra-scary troubadour with a glint in his eye. He’s one of those artists that seems to fly under the radar yet those lucky enough to stumble across his albums become evangelical exponents of his terrifically twisted take on rock ‘n’ roll. Homemade Pie is the latest album in a long line of hidden gems from the ever-prolific, Americana outlaw.

A 60’s-inspired keyboard-led groove leads the way with the album’s title track. The chemistry between Dowd and long-time co-conspirator Kim Sherwood-Caso works a charm as they spin us a yarn about a doomed travelling salesman. “Get behind me salesman” sings Dowd as he delivers the tall tale, “take your sorry ass to hell”. Dowd has a great knack for storytelling that pulls dark, surrealist humour and knowing winks into a world of Bibles, lies, blues and bourbon. All delivered in Dowd’s distinctive tones, laced with gravel and gold.

Regular bandmates Mike Edmondson, Willie B and Kim Sherwood-Caso ensure the instrumentation remains fresh and effortlessly cool. The album is peppered with psychedelic keyboards, blues riffs, big fat drums and freaky rhythms. Dowd and his band couldn’t be bland and conventional if they tried. It’s a style that has continued to evolve over the years; playfully merging rock, country and blues into something strange and new. Calling it Americana (as I frequently have) could even be a tad misleading as everything here is so wonderfully off-kilter. Rather than rootsy acoustic guitars, the album is an electrified mixture of blues, country, soul and garage rock.

“Play something stupid and play something loud” goes the request on Out For Blood, “stick an ice pick in the forehead of the crowd”. Oh my! A murderous fairground waltz of a tune. Silk Scarf comes next as a mournful Dowd tells us, “I know what I did wrong/ It can’t be fixed in a song”. A beautiful track that finds heartbreak in the tiniest of details. Conversely, Rise Up goes hard as it takes us on a “pig race to hell”. Dowd isn’t messing around as he sneers, “fuck Donald Trump/ Donald Trump is a fool”. The track throbs with attitude, anger and snarling guitar solos. Trump may have crawled back into his hole yet the message remains pertinent. Viva la revolutionary rock!

Rose is a haunting ballad that finds Dowd adrift in an ocean of longing while Rick Ross finds our troubled troubadour sharing a beer with his dead dog. It would be fair to say that no one writes songs quite like Johnny Dowd. The magnificently manic surf-punk of Uncle Jimmy leads into the ghostly and evocative, Call Me The Wind. A suitably strange duet that would surely have Nancy Sinatra and Lee Hazelwood nodding along in approval. “You can call me the wind” swoons Sherwood-Caso before Dowd responds, “I’ve been called much worse/ marriage, it’s a curse”.

Ladies finds Dowd chanting over a bouncy, unexpectedly jovial tune, “where have all the ladies gone?” A brilliantly bizarre track, guaranteed to put a smile on your face. The growling Shack on the other hand delves into Dowd’s chequered family history over a rollicking slice of psychedelic, mutant-blues. Lordy, what a tune! Gone finds our hero mulling over his life on the road. “I love the spotlight/ I love a crowd/ I love a band when it plays too loud”, they sing as the van pulls up to another motel for the night, “I love the drive/ no matter how long/ I love the feeling of being gone”. To quote Comic Book Guy, “life well spent”.

The frantic funk of Dolomite Redux calls back to the excellent White Dolomite from That’s Your Wife On The Back Of My Horse. It’s reassuring to know that Dowd is still living the life “men dream about”. Goddamn. If there’s a cooler hombre than Johnny Dowd then I haven’t met him. With a tonne of albums under his belt, Dowd shows no sign of slowing down or losing his rather significant edge. The album ends with the dreamy, perfectly melancholic, early hours swoon of Do Me Do. The blues are never too far away in Dowdsville.

Idiosyncratic Americana filtered through New York cool and Texan grit. Oh yeah, this is the good stuff. If it isn’t already abundantly clear, I absolutely love this album. An immensely fun and slightly surreal journey that takes in death, loneliness and the glory of the open road. Who is Johnny Dowd? Man, if you don’t know then you need to cut yourself a big ol’ slice of Homemade Pie and tuck right in.

All words by Andy Brown. You can visit his author profile and read more of his reviews for Louder Than War here.