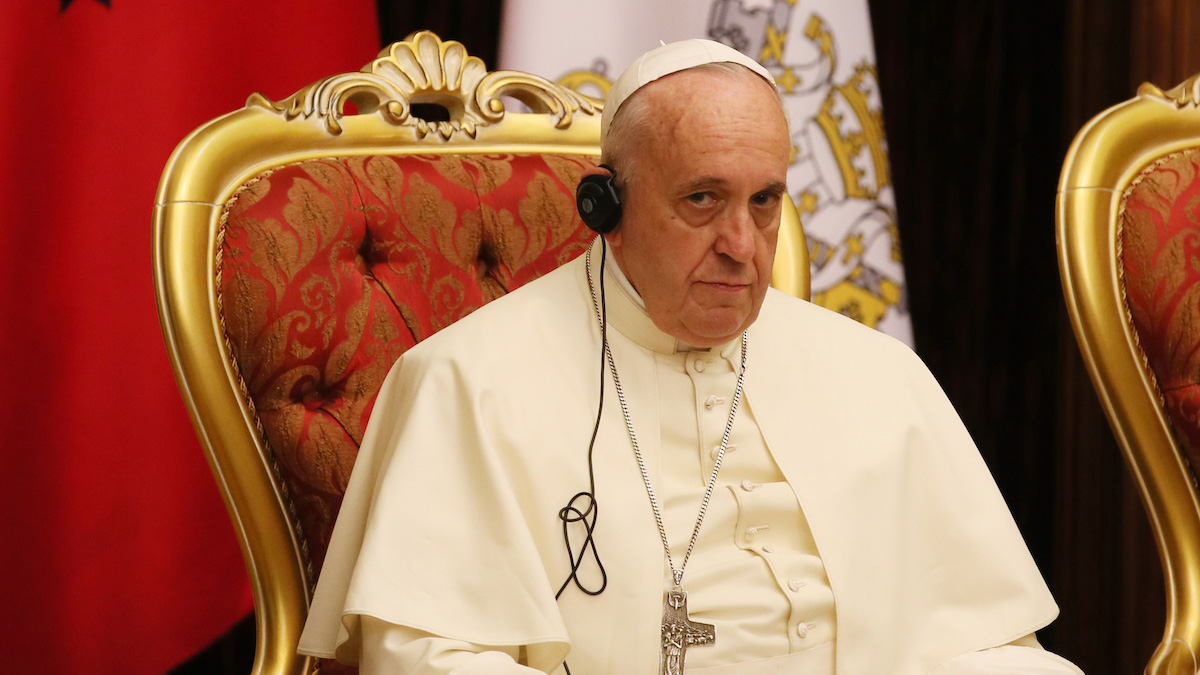 God bless rock and roll: Pope Francis made a rare unofficial visit outside the Vatican last week, dropping in at the Roman record store Stereosound. As The Telegraph reports, he left with a mystery CD, and the owners are refusing to say what it was.

The Pope is both the head of the Catholic church and the sovereign of Vatican City, and between his roles as a religious and political leader, he has a strictly regimented schedule. Dropping unannounced at a small shop is as uncommon for him as it would be for the US President. It’s so rare, in fact, that other such visits have become low-key legendary, including a change of glasses at an optician in 2015, and a journey to buy orthopedic shoes in 2016.

But he used to be quite the record rat, according to Tiziana Esposito, one of the owners of the shop. “He used to come here before he became pope, when he was the archbishop of Buenos Aires and visiting Rome,” she said.

On this occasion, “He was here for maybe 20 minutes, just time for us to have a chat,” she continued. “It was an honor, very emotional. He is a great person, a simple man but marvelous.”

As for the CD, Esposito said it was a “present,” and added, “I’m not telling anyone what it was.” But Francis is known to favor classical music. In 2013 he told Civilta Cattolica, “I love Mozart, obviously. His ‘Et Incarnatus es’t is unbeatable, it brings you to God. I like to listen to Beethoven. And then the Passions of Bach – sublime.”

He’s also dabbled in a bit of the old heavenly noise himself: In 2015, he released a pop rock album. Francis followed that in 2016 with his feature film debut and proving that even Popes can feel the Devil’s call, in 2020, his official Instagram account liked a photo of a woman’s butt, which led to a Vatican investigation.