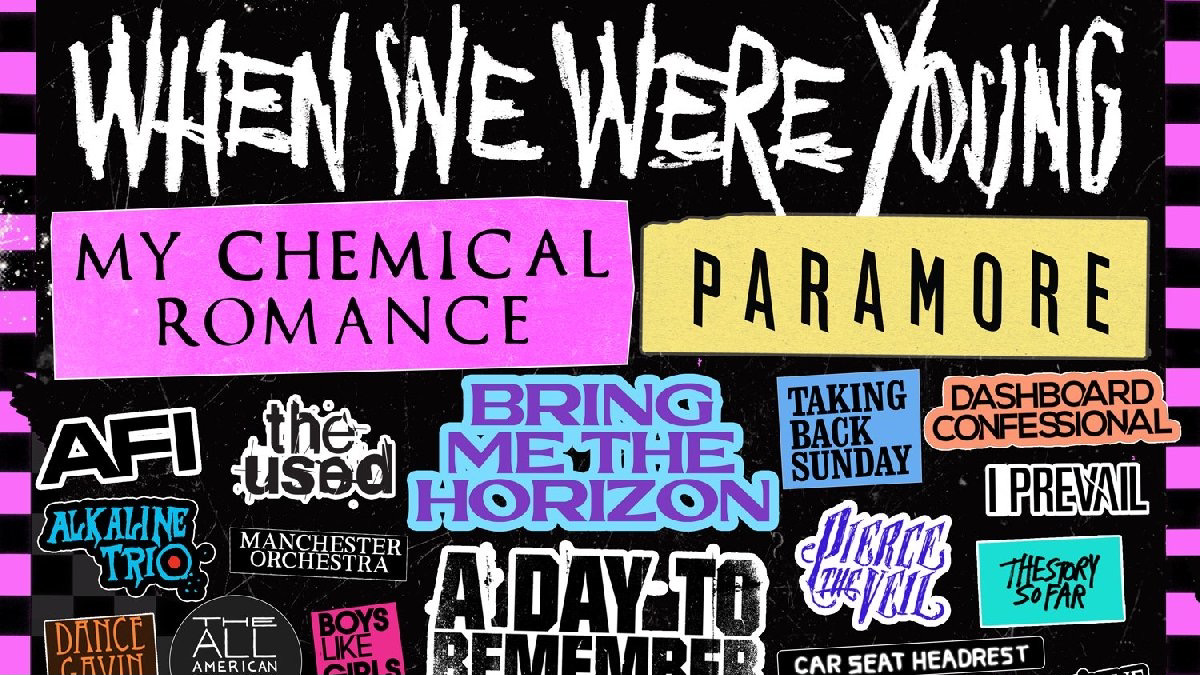 Tour announcements and festivals continue to roll out — here’s the latest on tickets going on sale this week. Silk Sonic have finally announced their first set of performances outside of awards shows, Spoon revealed dates for their US tour, and When We Were Young Festival has everyone diving back into an emo phase. Get all the details on these shows and more below.

When We Were Young Festival: Get Tickets via Ticketmaster

The 2022 When We Were Young Festival is bringing all of your favorite emo bands to Las Vegas The stacked lineup includes My Chemical Romance, Paramore, Avril Lavigne, Jimmy Eat World, Bright Eyes, Taking Back Sunday, Dashboard Confessional, and more this October.

Silk Sonic: Get Tickets via Ticketmaster

At long last, Bruno Mars and Anderson .Paak will be sharing cuts from their shimmering joint album, An Evening With Silk Sonic, with audiences. The duo announced a Las Vegas residency featuring thirteen nights at Park MGM’s Dolby Live.

Slipknot have announced the 2022 edition of their “Knotfest Roadshow.” The North American tour will be divided into two distinct one-month legs, with In This Moment and Jinjer supporting the first run, and Cypress Hill and Ho99o9 opening the second round.

Tickets go on sale this Friday, January 21st, at 10:00 a.m. local time via Ticketmaster, with a pre-sale now ongoing for members of Knotfest.

Jawbreaker: Get Tickets via Ticketmaster

Emo punk luminaries Jawbreaker have announced a 25th anniversary tour for their fourth and final album, Dear You. What’s more, they’ll be joined by a rotating cast of all-star supporting acts, including Built to Spill, Descendents, Best Coast, Jawbox, Smoking Popes, and The Linda Lindas.

Spoon have mapped out a US tour in support of their new album, Lucifer on the Sofa. The 20-date outing kicks off in early April and runs through early June. Over the course of the jaunt, Spoon will share the stage with both Margaret Glaspy and recent Artist of the Month honorees Geese.

Zac Brown Band’s “Out in the Middle Tour,” taking place between April and November 2022, will showcase the band’s old-school country roots and southern-rock style. They’ll be joined by Robert Randolph Band, who will serve as the opening act on select dates throughout the tour.

The Head and the Heart: Get Tickets via Ticketmaster

The Head and the Heart have mapped out a run of 2022 US tour dates featuring a trio of folk-favorite special guests: Shakey Graves, Dawes, and Jade Bird.

Fans can get early access to a special pre-sale running from Wednesday, January 19th through Thursday, January 20th by texting The Head and the Heart’s fan club at 206-339-3209.

The Hanson brothers are still plugging away, and their 2022 world tour is set to span North America, Europe, and parts of Latin America. The jaunt comes in support of their upcoming project, RED GREEN BLUE.

Pre-sale is underway for the group’s North American stops, and a general on-sale begins 10 a.m. local time on Thursday, January 20th. The band offers a membership that unlocks access to pre-sale codes and exclusive music, but all other tickets can be found on Ticketmaster.

Clutch’s newly announced US tour, set to run from March to May, will be supported by Eyehategod and Tigercub on the first run, with The Sword and Nate Bergman tagging along for the second half.

All tickets go on sale Friday (January 21st) via Ticketmaster, with a pre-sale is already underway (pre-sale code: FRONTROW).

311 are returning to the road. The 20-date spring tour runs exactly one month, from March 6th to April 6th, making its way through the United States. Two of the dates (March 11th and 12th) will feature extended sets at the Dolby Live Theater at Park MGM in Las Vegas, and select shows will be streamed through the group’s own 311 Streamsystem.

All those hoping to see the group in person can secure tickets via Ticketmaster, with a pre-sale is already underway (pre-sale code: FRONTROW).

Fitz and the Tantrums with St. Paul and the Broken Bones: Get Tickets via Ticketmaster

LA-based pop group Fitz and the Tantrums are hitting the road in a co-headlined show with St. Paul and the Broken Bones.

All tickets go on sale to the general public on Friday, January 21st at 10 a.m. local time via Ticketmaster.