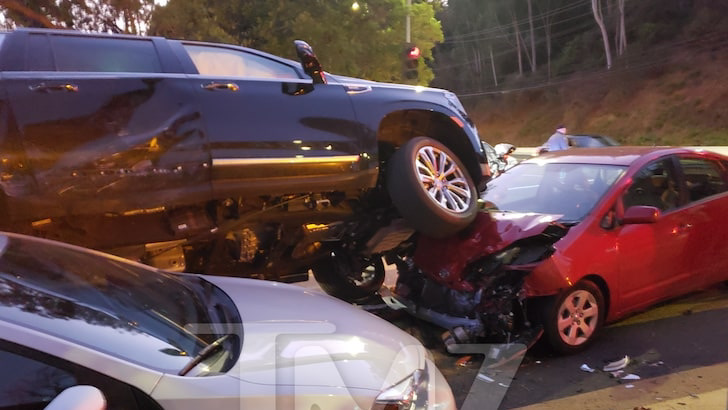 TMZ reports that Schwarzenegger was attempting to make a left turn in his GMC Yukon when he collided with a red Toyota Prius. Schwarzenegger’s Yukon also struck a Porsche Cayenne.

The driver of the Prius sustained an injury to her head and was taken by ambulance to an area hospital.

Police do not believe alcohol or drugs were a factor in the crash, and Schwarzenegger was not given a ticket. A spokesperson for the actor said he cooperated with police, and also reached out to the woman who was hospitalized.