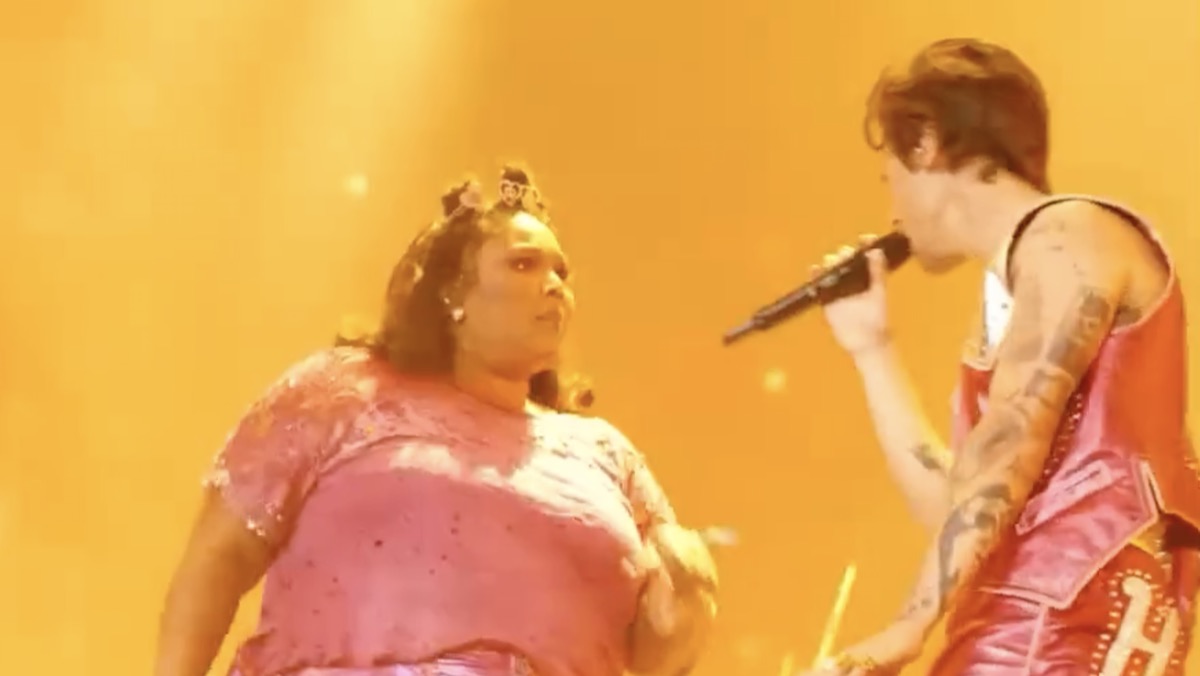 Harry Styles was joined by Lizzo for a surprise on-stage collaboration during his Friday night headlining set at Coachella.

The longtime friends teamed up for performances of Gloria Gaynor’s “I Will Survive” and One Direction’s “What Makes You Beautiful.” Watch footage below.

Earlier in the day on Friday, Lizzo teased her appearance on TikTok, writing, “I’m bored otw to Coachella.” Following the performance, she posted a photo of the two together to Instagram, writing as the caption, “Proud of you @harrystyles. Thank u for having me.”

During his weekend one set at Coachella Harry Styles was joined by Shania Twain for performances of “Man! I Feel Like a Woman!” and “You’re Still the One.” Meanwhile, Lizzo was in New York City last weekend, pulling double duty as host and musical guest on Saturday Night Live.

Both artists have new albums coming out in the coming weeks: Styles’ Harry’s House is due out on May 20th and Lizzo’s SPECIAL arrives on July 15th.

harry styles and lizzo performing ‘i will survive’ in pink feather coats. That’s the definition of iconic pic.twitter.com/FdMCkdfD7B

Harry singing What Makes You Beautiful with @lizzo live from the Coachella stage tonight! #Coachella 🏜

Lizzo and Harry Styles perform One Direction’s hit single ‘What Makes You Beautiful’ during his headlining set at weekend two of #Coachella pic.twitter.com/Vo2rRzmhco