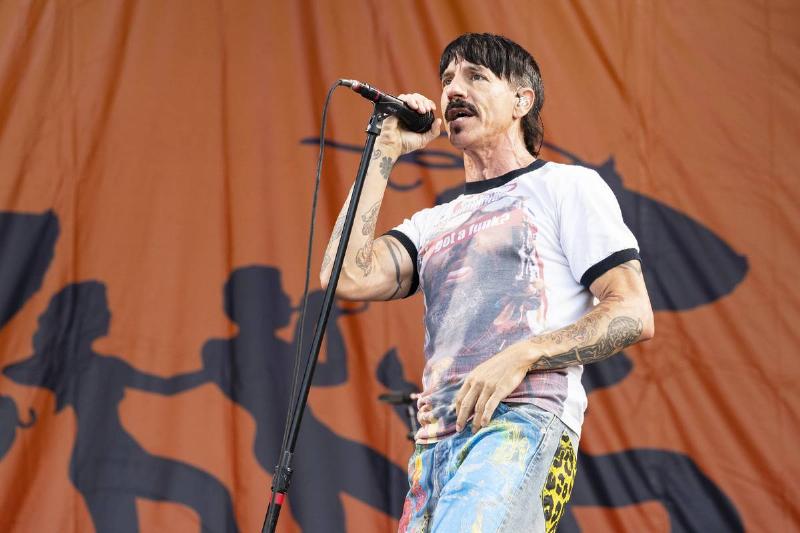 After the Foo Fighters stepped down from headlining the 2022 New Orleans Jazz and Heritage fest following the tragic death of drummer Taylor Hawkins, the Red Hot Chili Peppers stepped in to take their place. Knowing the gigantic shoes they were filling, the Chili Peppers made sure to pay tribute to the lost drummer, and they did it with both his widow, Alison, and Dave Grohl in the audience.

During the show, Chad Smith (the Chili Peppers’ drummer) played a bass drum set with a hawk silhouette, and the name “Taylor,” spelled out over the image. The silhouette was the one Hawkins had tattooed on his arm.

At the end of the set, Smith took to the mic to honor his late friend, “We love the Foo Fighters and we love our brother Taylor Hawkins. This means a lot to us to be able to play for them.”

Then, after letting the crowd know that Alison Hawkins and the band were in attendance, Smith led everyone on a “We love Taylor!” cheer.

Smith spoke with Billboard before the show and let the publication know that the Chili Peppers wanted to turn their performance into a celebration of life, which is why Alison was invited: