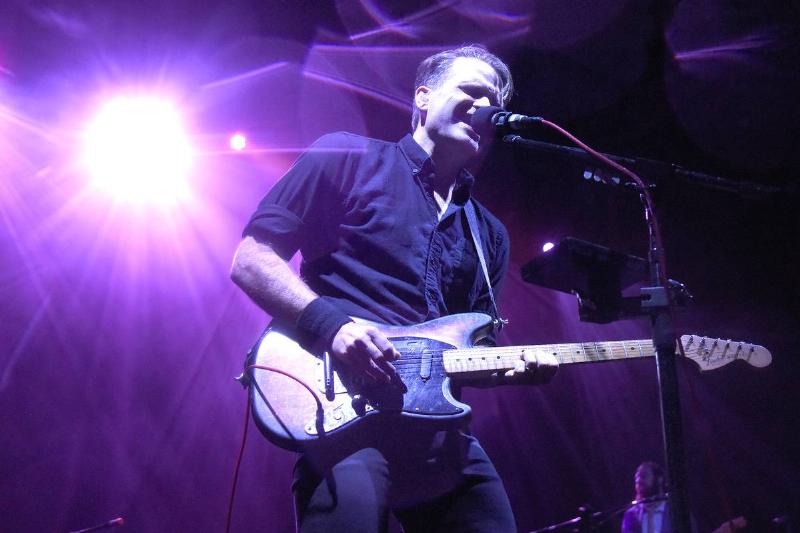 At this point in my life, I have fully accepted that Ben Gibbard will never make another Postal Service album. And since I can’t have that, I will have to be perfectly happy with today’s news that his other band, Death Cab For Cutie, has a new album on the way.

Asphalt Meadows will be released in September via Atlantic Records, but it never hurts to start the hype train as early as possible. New single “Roman Candles” should get fans plenty excited as the band sounds as sentimental as ever.

In a press release for the song, Gibbard explained, “The lyrics were cobbled from a couple of different songs dealing with my general sense of anxiety; the feeling that the fabric that weaves a functioning society together was crumbling during the pandemic.”

The lyrics the singer is referencing include, “It’s been a battle just to wake and greet the day/ Then they all disappear like sugar in my coffee/ A hint of sweetness but the bitterness remains.”

Along with the new album and single, Death Cab For Cutie announced a new tour with support from illuminati hotties, Low, and Yo La Tengo. The tour will kick off at the end of this month in Guadalajara and run through October, wrapping up with a pair of back-to-back shows in Seattle, Washington.

The new album is the follow-up to 2018’s Thank You For Today and was produced by Grammy winner John Congleton.

Are you excited about new Death Cab For Cutie music? Will we ever get a new Postal Service album?

How to Get Tickets to SEVENTEEN’s 2022 Tour
Days of Our Lives Round Table: Bo Brady Returns!
Pete Davidson Expected to Leave ‘SNL’ After This Week
HHW Gaming Review: ‘Evil Dead: The Game’ Is A Groovy Love Letter To Fans of Movie Franchise
Watch NCIS: Hawai’i Online: Season 1 Episode 22